Lines on the flanks are clean and smooth; interior is immaculate cream leather smelling factory fresh; dashboard is gleaming state-of-the-art, and the V8 happily purrs away under the bonnet.

The Land Rover has come a long way. 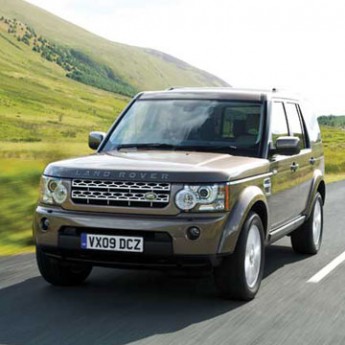 In the rolling Devon hills of my youth, the forerunner of this farmer’s workhorse pulled machinery, carried bales of hay, and once effortlessly retrieved our family car from a snowdrift.

A mere glance at Land Rover’s new Freelander and Discovery, and Range Rover’s Vogue and Sport models would tell even townies that these vehicles could perform such functions with ease — although there is clearly less demand for transporting mangelwurzels in Tokyo than there was in Colaton Raleigh. 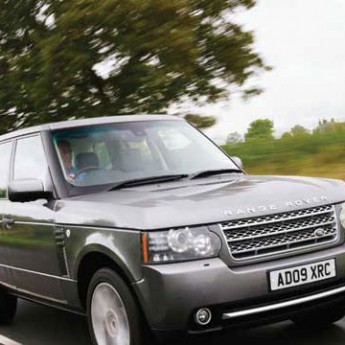 “The United Kingdom market is unique for Land Rover and Range Rover, but in many countries — including Japan — there are numerous people who are buying into the concept of what one of these vehicles stands for”, said Russell Anderson, representative director and chief executive officer of Jaguar Land Rover Japan Ltd.

“It’s one of the challenges that we face in this market, that in downtown Tokyo you are probably not going to use all the vehicle’s capabilities, but we’re selling an experience and a sense of adventure, and we’ve been surprised and pleased to learn that the people who are buying the Vogue have a very young demographic and they are still willing to spend ¥13 million on the car”, he said. 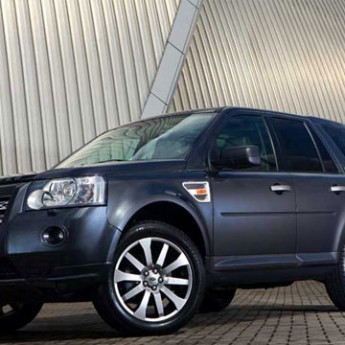 Japan is a vital strategic market for Land Rover, which set up here in April 2008 as a wholly owned subsidiary of Jaguar Cars Ltd. of the UK.

Previous incarnations of the company date back to April 1977, since when it has endured several major restructurings, including being owned by Ford Motor Co., which sold it to Tata Motors Ltd. of India in March 2008.

Despite the motor industry’s problems, the company enjoyed record sales in 2008 and was slightly ahead of forecast in the first half of 2009.

With more than 14,500 staff in the UK, including at plants in Solihull, Gaydon and Halewood, about 80% of Land Rovers and Jaguars go to 160 overseas markets.

Some 447 Land Rovers were sold in Japan in the first 11 months of 2009, compared with 983 in 2008, a decrease largely due to the company having stopped UK production to retool for updated models. New stock only began to arrive in Japan again in early December.

The aim in 2010 for Anderson, who also oversees marketing and sales of Jaguar cars in Japan, is to instil a renewed sense of confidence and pride in the product among dealers, which would lead to better margins and profits.

Since arriving in Tokyo in July 2009, Anderson has spent most of his time visiting dealers of Jaguar and Land Rover nationwide.

“I believe, especially coming into the Japanese market, that it is crucial to spend time under-standing, at the point of retail, the challenges and successes that our dealers are experiencing”,

he said. “That has given me hands-on experience and face-time with people who have invested in our brands”.

“It’s a very particular type of person who is prepared to buy an imported car anyway”, said Anderson. “Imports only account for 5% of the total [auto] market and we’re a small part of that, so it is very important that we remain an emotional brand with which people identify.

“We need to retain our exclusivity and the ‘Britishness’ that is so quintessential to both Land Rover and Jaguar”.

But that must be married to performance and the luxury that is required for what is an expensive piece of precision engineering. 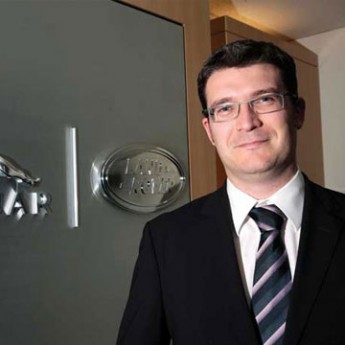 The new Discovery 4, for example, is equipped with the updated Terrain Response system with optimum settings for all driving conditions, a surround camera system, automatic high-beam assist, and an advanced new engine. Similar upgrades have been made to the more compact Freelander 2 that include the new intelligent stop/start system.

“We’re seeing some traction in the market here”, said Anderson. “The Discovery 4 has surprised a lot of people because it has come on considerably in terms of the luxury of the interior, and it is now a much more refined and balanced all-round drive, which has not been a compromise”.

Moreover, the vehicle does not have a real rival or competitor here in the 4X4 class, even with the predominance of Japanese manufacturers.

“This is both a fascinating and an exciting time to be going forward with both these brands and, when we have our new products arriving in 2010, it will not just put us on a par with other makers”, Anderson said, but “it will mean we can hold our head up as we will be right up there against the best on the road”.