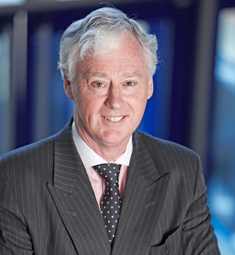 A good deal of the firm’s expansion plans, for the UK and beyond on the Continent, are the result of efforts made by Sir Stephen Gomersall KCMG. He first came to Japan in 1972, as a language student of the Foreign & Commonwealth Office, and rose to serve as British ambassador to Japan for five years commencing in 1999.

“Hitachi has shifted from being a producer of consumer goods and high-grade components to becoming a major supplier of social infrastructure, nowhere more so than in the UK”, Sir Stephen told BCCJ ACUMEN.

“With our recent large investments in the transport and nuclear power sectors, we have committed to projects which will provide employment and work for the UK supply chain for decades.

“We selected the UK as a hub, within the European Union, from which to extend our business into other European markets in future”, he added.

Hitachi’s corporate headquarters are in Maidenhead, Berkshire, and the firm has about 2,000 employees throughout the UK at present. The number is projected to double as the firm builds new factories, rail depots and power stations.

Appointed Hitachi’s chief executive officer for Europe in October 2004, Gomersall was responsible for creating and executing a growth strategy for the Hitachi Group’s 27 firms operating in Europe. In addition, he was in charge of building relationships with governments and key customers throughout the region.

A key part of his task now is to help internationalise and localise the operations of the firm’s major businesses, as well as to secure engineering and financial support from Japan. This allows the enterprises to grow faster and make significant acquisitions.

Success in those endeavours saw him appointed the first non-Japanese board director of the parent firm, while still focusing on Europe.

Hitachi manufactures locally in all five of its main sectors and Sir Stephen identified the firm’s strength in both engineering and information technology as its outstanding capability.

“With this we can provide reliable systems for the control of large-scale infrastructure, such as energy grids or traffic-control systems, building on experience we have developed in Japan”, he explained.

In the UK, one of the most high-profile achievements has been the launch of the fleet of Javelin high-speed trains, which have quickly established a reputation for reliability. They are opening doors to more railway projects.

“In the Intercity Express Programme, we will provide and maintain fast, lightweight trains for the trunk routes to the west and south-west, and on the east coast”, he said.

“With our factory in Newton Aycliffe, we will also be bidding to build Crossrail trains for the new London suburban line.

“At the same time, we are developing our presence in the signalling and rail traffic management sector, which will enable more intensive and economic use of the UK rail network”, he added.

“Japanese manufacturers and operators will also have a lot of knowledge and technology to contribute to the UK’s High Speed 2 project in due course”.

Beyond the transport sector, the area of energy management is growing in importance, be it at the national grid level or in terms of individual buildings and homes.

Hitachi is engaged in a number of trial projects with local partners to provide and develop new technologies.

In addition, attention is being focused on the management of big data. Governments, professionals and enterprises are being helped to make good decisions, as well as use and keep secure the vast amounts of data generated by automated processes. 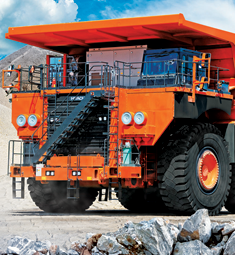 Hitachi has nearly 11,000 employees across Europe, where it reports annual revenues of around €7bn. Outside the UK, its manufacturing-related operations include a data storage facility in France, the manufacture of construction machinery in the Netherlands, an air-conditioning factory in Spain, and a thermal power engineering firm in Germany.

The firm is also moving into faster-growing areas of Europe, including Poland, Romania and Turkey, as markets for procurement as well as sales.

Sir Stephen believes that the firm is comfortable headquartered in the UK. “In addition to the ease of communication, the UK offers a relatively transparent and trustworthy environment, so while there are still many challenges in investing here for the long term, Japanese feel more confident in the UK than in more volatile or less well-known markets”, he said.

The downside is the ongoing economic uncertainty and the possible impact on jobs and production were the UK’s relations with the EU to deteriorate.

“Most Japanese companies invested in the UK as a platform to operate across the EU and we are no exception”, he pointed out.

However, Sir Stephen is optimistic that the firm has a bright future in the UK and on the Continent.

“Hitachi will always be a company of dedicated engineers. That is in the company’s DNA”, he explained. “But as we shift increasingly to foreign markets, we are acquiring new talent in, for example, the areas of finance, project management, design and commercial negotiation to make us a more rounded and locally agile player”.