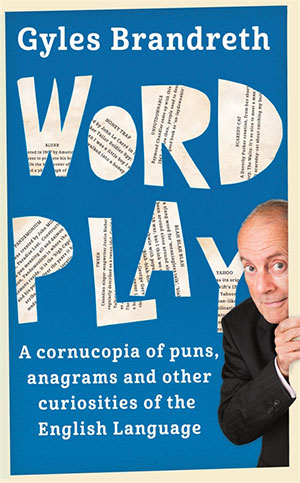 I have been in love with words for as long as I can remember. Even as a child I had a fascination with their meaning and still, today, I can quite happily lose myself in a dictionary. Words have a strange power: the way they look on the printed page, the way they sound, the way they feel in the mouth.

So here is a book that is an absolute gift to anyone like myself; almost 400 pages of nothing but word play. Gathered together are the “longest, shortest, wittiest, wildest, oldest, latest, oddest, most interesting and most memorable words in the English language”.

English is the mother tongue of some 400mn people across the planet and, of course, it is spoken by many others for whom it is not their first language.

The Oxford English Dictionary lists some 500,000 English words—the longest of which is pneumonoultramicroscopicsilico-volcanokoniosis—and it is estimated there are at least another half million English-language technical terms. Compare that with German, with a vocabulary of some 185,000 words and French with fewer than 100,000, “and that’s including le weekend, le snacque-barre and le feel-good”.

British writer and broadcaster Gyles Brandreth’s cornucopia is a celebration of that most richest of languages. It is wonderful for dipping into and sampling at leisure. Few will want (or even attempt) to read it from cover to cover. I confess, in the interests of this review, I did just that and, at the end, felt rather like a chocoholic in the chocolate factory: over-indulged.

The book follows an A to Z format, and then adopts the opposite—a Z to A listing of chapters. This is a convenient way to group together words and thoughts about them.

Under C, for example, we find “collectives”: a wonderfully entertaining listing of collective nouns, many relating to animals and birds, and a great many of which I had not heard of before. I was familiar with an exultation of larks but not with an obstinacy of buffalo; had come across a parliament of owls but never a deceit of lapwings. Brandreth has listed his own collectives, including a delivery of postmen, an anticipation of aunts and a dampness of babies. I wonder what the right collective is for columnists?

Many chapters invite the reader to play word games and there is a wonderful and extensive vocabulary test that starts with simple words at level one and reaches extremely rare words at level six. The higher levels are very demanding but I am pleased to say I scored relatively highly at level five. Level six, however, sent me scurrying for the dictionary.

Words are magic, they are fun, they are powerful, and this book demonstrates why. As British philosopher and writer Bertrand Russell OM said, “No matter how eloquently a dog may bark, he cannot tell you that his parents were poor but honest. Only words can do that”.

If you are a Scrabble player, a crossword addict or simply enjoy the pleasure of words, this is a must addition to your bookshelves. It will keep you entertained—and informed—for hours.