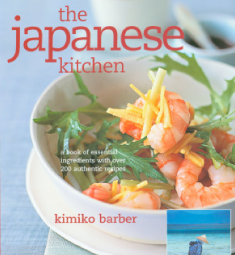 When Kimiko Osada first arrived in Britain in 1972, Japanese food was not only unobtainable, it was almost completely unknown. In the intervening four decades, she has become Kimiko Barber, published six books on Japanese cuisine and made it her mission to encourage Britons to cook Japanese food at home. She firmly believes that good, healthy eating starts at home.

And she has found that once most people’s taste buds have been piqued, they are often very keen to find out more about a nation that has given global cuisine a lot more than just sushi and noodles.

The problem is getting the message across to more people.

“English people who live within the M25 are generally very sophisticated in their choices and understanding of world food. Over the past 10 years, there has been an explosion in Japanese food that I never dreamt possible when I first arrived here”, she told BCCJ ACUMEN. 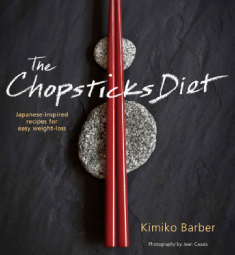 “To be fair, British people are far more open to ‘foreign’ cuisines than are some of their continental European counterparts.

“Yet, even though Brits are more liberal when it comes to strange and wonderful foreign foods, their ideas of Japanese cuisine sadly remain quite limited”, she said.

Barber, who was born in Kobe but moved to Britain at the age of 15 after winning a one-year scholarship to study English, was asked to mentor Linda Robson, the actress best known for her role in the BBC1 sitcom Birds of a Feather, for the ITV series World Diets.

Robson gushed about how much she loved Japanese food because she adored the take-aways from the Wagamama chain of noodle restaurants.

“No prizes for guessing my reaction”, Barber said. “She hardly lost any weight, despite my writing a whole personalised diet programme for her.

“It is a pity, but she is by no means the exception to the rule and it goes to show just how difficult it is to persuade people to change their eating habits, let alone how they cook”.

Undeterred, Barber balances writing about Japanese cuisine and teaching cookery with caring for three sons, a banker husband and a St Bernard dog at their Notting Hill home.

Her books to date include Sushi Taste and Technique, that won the Bronze Award in the Best Food Book category at Australia’s biennial Jacob’s Creek World Food Media Awards; The Japanese Kitchen; Japanese Pure and Simple; The Chopsticks Diet; and Yo! Sushi: The Japanese Cookbook.

She is currently working on a Zen-inspired vegetable cookbook.

Dishes that are personal favourites include grated daikon and sesame seed-based salad dressing; soy- and ginger-steeped roast chicken; as well as ingredients that are marinated in any of a number of ingredients (ae-mono), or marinated in vinegar (suu-nomono).

New recipes are tested on family and friends, Barber said, noting the growing interest in learning how to cook Japanese food.

“Sushi classes, especially hands-on workshops, have always been very popular. But recently, I have noticed—even among men—a rising interest in other food, especially vegetarian dishes such as tofu”, she said. “It is, perhaps, because of the health benefits of Japanese cooking, as well as people wanting to lose weight.

“Although I am the first person to welcome this explosion of Japanese food, it seems people believe Japanese cooking is difficult and best left to experts. The people who come to my classes are often surprised to learn just how easy it is to make Japanese food.

“They don’t realise that there is very little cooking involved in making something Japanese, and that it is all in the preparation and presentation”, she added. “My mission is to demystify Japanese food and cooking and bring it into home kitchens”.

While her husband loves Japanese food, he still draws the line at natto and konnyaku.

Barber says she enjoys all British food that is well prepared, and even loves Marmite—which comes as something of a surprise, given the revulsion that it triggers in most Japanese. But she can still recall the shock and horror on first encountering a bowl of lukewarm rice pudding at boarding school.