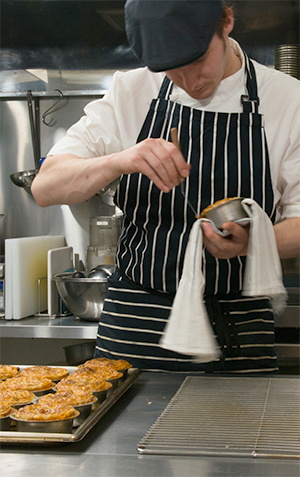 Restaurant owners, hotel chefs and purvey­ors of high-end meats across Japan are licking their lips at the prospect of, once again, being able to serve prime cuts of British beef and lamb to customers who appre­ciate the taste and texture of a superior slice.

Taste buds were set tingling when, during Prime Minister Shinzo Abe’s visit to London in mid-January for talks with Prime Minister Theresa May, it was announced that Japan had earlier that week lifted its ban on imports of British beef and lamb after nearly 23 years. The ban on beef was imposed in response to the European Union forbidding exports of British beef from March 1996, following the outbreak of bovine spongi­form encephalopathy (BSE), commonly known as mad cow disease, on British farms.

After a lengthy and painstaking process to verify the safety of the meat, Japanese authorities are now satisfied that imports can resume.

And that, says Ian Gibbins, owner and cook at the Swan & Lion delicatessen and bakery in Tokyo’s Chiyoda Ward, is fantastic news for anyone who enjoys quality food.

“British beef tastes so good because the cattle are predominantly fed on grass—and fodder made from grass—and I think it’s the same for lamb, so all that rain back home does have some benefits,” Gibbins told ACUMEN.

“There have been some Japanese fans of the UK who have asked for British beef and were disappointed to hear that it is still banned for import,” he said, adding that—price permitting—he intends to expand his menu as soon as supplies can be secured.

“We really want to do a Beef Wellington at BrewDog in Roppongi as part of our ongoing Sunday Roast Kitchen Takeover, and a roast leg of English lamb for a spring edition sounds perfect,” he said.

“Many Japanese associate Britain with roast beef,” he added. “So, if the price is right, I think it will grow in popularity. And I think the same applies to lamb. If they can price it competitively with New Zealand imports, I think it should sell well”.

Mark Spencer, president and chief executive officer of the Hobgoblin chain of pubs in Japan, agrees that feeding grass rather than grain to beef cattle results in far tastier meat.

“I’m looking forward to being able to serve British beef, especially roast beef on a Sunday and some tasty steaks”, he said.

The fact that most customers are aware that British beef has been banned means they no longer ask for it. As a consequence, it may take a little while for consumers to realise that it is available again. The British Embassy Tokyo is planning to run a campaign to raise awareness of the resumption of exports among Japanese consumers, including via the Rugby World Cup this year. 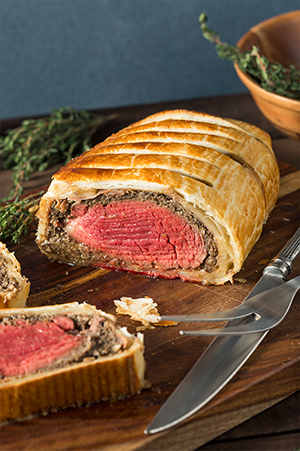 British beef and lamb farmers are similarly delighted at the Japanese government’s decision to lift the ban. They are already making plans to attend the annual Foodex Japan trade show, the largest event of its kind in Asia, which will take place over four days in March at the Makuhari Messe exhibition centre in Chiba.

Dr Phil Hadley, market development manager at the UK Agriculture and Horticulture Develop­ment Board (AHDB), said, “The announcement is fantastic news for our farmers and producers, and it follows years of hard work by government, the AHDB and key industry stakeholders.

“Access to this lucrative new market is a testament to the high-quality produce and world-renowned standards that we have here in the UK”, he added. “We are confident this new deal to export beef and lamb to Japan—alongside our existing pork trade—will create some exciting opportunities for our beef and sheep producers”.

The British Embassy Tokyo has been instru­mental in moving along the process of having the ban lifted. In the 1980s, Sue Kinoshita, now Minister-Counsellor for Economic Diplomacy, negotiated an agreement with the Japanese Ministry of Agriculture, Forestry and Fisheries for the export of British bovine semen, which was in great demand among Japanese livestock farmers. That trade also came to an abrupt end when BSE broke out in the UK.

“The embassy has worked closely in con­junc­tion with the Department for Environment, Food and Rural Affairs (DEFRA) since the UK appli­ca­tion to resume beef exports to Japan in 2012, delivering the processes required by the relevant Japanese authorities”, she told ACUMEN.

Those efforts have included conducting question­­naires and providing supporting evidence to demonstrate the “robustness of the UK’s animal health and welfare standards, and BSE controls and surveillance regime”. Hosting on-site inspections in the UK to demonstrate to Japanese authorities those standards in action has also been key, as have negotiations on a range of bilateral agreements governing animal health and welfare as well as regulations governing exports.

“The embassy has spent years building close working relationships with the relevant ministries in Japan, which helped deliver this outcome”, Kinoshita said.

According to Kinoshita, exports could begin very swiftly.

“Following the conclusion of administrative processes for the listing of UK establishments that wish to export beef to Japan, farmers and food producers will be able to start exporting immediately”. Listing involves an inspection by UK agencies in line with the new agreements with Japan. Once a site has been approved, it is recommended to DEFRA, which will then ask the Japanese authorities to include the site on the list of approved exporters.

Instead of going head-to-head with the bulk producers, British exporters are expected to deliver niche beef and lamb products at the higher end of the price spectrum to restaurants and retail outlets here.

The British government expects the market for British beef to be worth £75mn over the first five years and for lamb to earn around £52mn in the same period.

And even Britain’s biggest potential rival in the sector in Japan—Australia—welcomes the challenge.

“Our popularity is built on the trust that has been earned with Japanese consumers over numerous generations”, said Andrew Cox, international business manager for Japan for Meat & Livestock Australia Limited.

“We do not consider ourselves a competitor to local beef but a complement, as Australian beef tends to be leaner and at a more affordable price point for everyday consumption,” he said, adding that Australia exported more than 300,000 tonnes of beef to Japan last year.

Cox says he “does not expect a major impact on trade of Australian beef” as a result of British beef returning to the market, adding that his organisation “welcomes competition from nations that can service Japan’s strict requirements”. 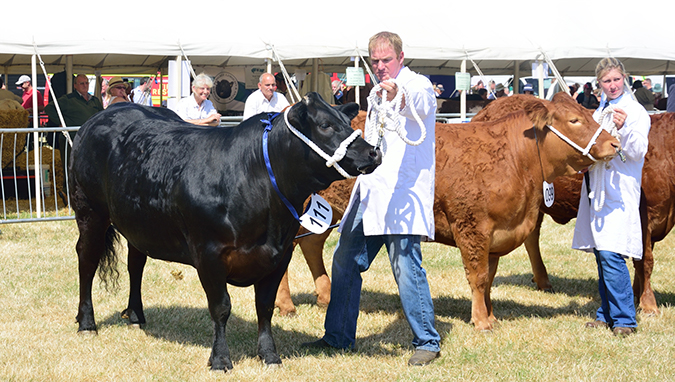 British cows at an agricultural show in Tendring, Essex.