Succulent cuts of prime British beef could be back on menus in Japan as early as next year after a team of Japanese government officials carried out an inspection of UK beef production controls in mid-July. This was more than 20 years after the outbreak of bovine spongiform encephalopathy (BSE) in the UK halted exports.

The five-strong team made up of staff from the Ministry of Agriculture, Forestry and Fisheries and the Ministry of Health, Labour and Welfare inspected farms, laboratories, feed mills and abattoirs to obtain first-hand information about food hygiene controls, which were enhanced after a BSE outbreak began in 1986.

The six-day visit was arranged by the UK’s Department for Environment, Food and Rural Affairs, the Agriculture and Horticulture Development Board (AHDB), the Food Standards Agency and a number of related organisations with the clear aim of resuming exports of beef to Japan. 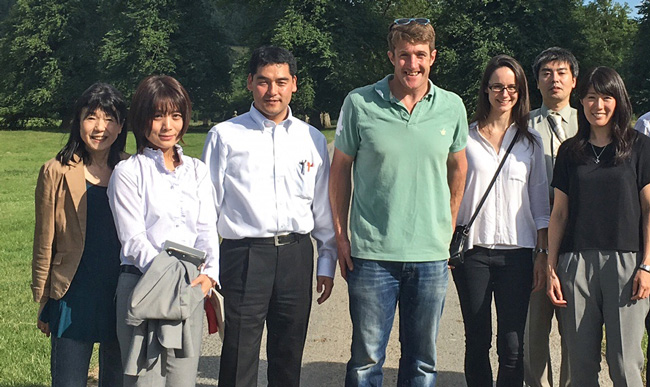 The team from Japan visited UK farms, laboratories and abattoirs.

“We are thrilled to have welcomed this delegation from Japan”, said Dr Philip Hadley, director of international market development for the AHDB. “It represents another important step for UK beef on the global stage.

“Japan is a lucrative market for specific premium beef products and this visit has the potential to create a number of exciting opportunities for UK exporters”, he added.

“We look forward to hearing from the delegation and learning what this inspection will mean for quality beef exports to Japan in the years to come”.

Speaking to BCCJ ACUMEN, Hadley said the inspectors had been “very positive about what they saw, and we expect the report in approximately three months”.

A positive outcome would be welcomed by an industry that was devastated after the first cow fell ill with BSE in 1986.

The UK was the nation worst affected by the disease, with 4.4mn cattle having been slaughtered in the subsequent BSE eradication programme. The ban on exports of British beef, which the European Union (EU) imposed in March 1996, remained in place until May 2006. BSE was reported in cattle in 30 countries, including the US and Canada, while 26 cases were identified in Japan.

The country has already lifted the beef ban it imposed on a number of EU member states, including Denmark, France, the Netherlands, Ireland and Poland. Similarly, Japan reopened its markets to US beef no older than 20 months as early as 2005.

While Japan has already lifted its ban on beef imports from other countries, the inspection process is exacting.

“Each inspection visit is designed to establish the level and effectiveness of controls in place to protect both human and animal health, to ensure the import of safe and wholesome products for consumption by the people of that nation”, said Hadley.

“This is part of a process that still has more steps to take but, hopefully, exports could resume during 2018”, he added.

Officials at the British Embassy Tokyo have been instrumental in achieving progress on the issue, and are equally confident that soon British beef will again be available in Japan.

“The visit was highly successful”, according to Campbell Davis, second secretary at the embassy overseeing economic and trade issues. “The Japanese teams were particularly impressed by the UK’s overall controls and testing regime.

“We are confident that the outcome of the inspection will be positive. The visit was conducted very successfully and we look forward to resuming exports of beef to Japan as soon as possible”.

Cut of the market
According to government statistics, UK producers exported about 30 tonnes of beef to Japan in the years immediately before the ban was imposed. Given the shift in the Japanese diet towards the increased consumption of meat—on average, Japanese now eat about 10kg of beef per person a year—it is estimated that the UK will be able to export about 32 tonnes annually, were it able to regain its previous market share. The industry estimates the market could be worth some £15mn per year.

Given the ready availability of US and Australian beef, however, British producers are likely to attempt to tap into demand for high-end cuts of superior-quality meat.

Experts say that some of our most famous breeds could be in demand. For example, the Aberdeen Angus, with its well-marbled meat and creamy-white fat interwoven throughout the close-grained texture, or the Hereford, one of British livestock’s oldest and most important cattle breeds, famed for its marbled cuts and distinctive flavour. 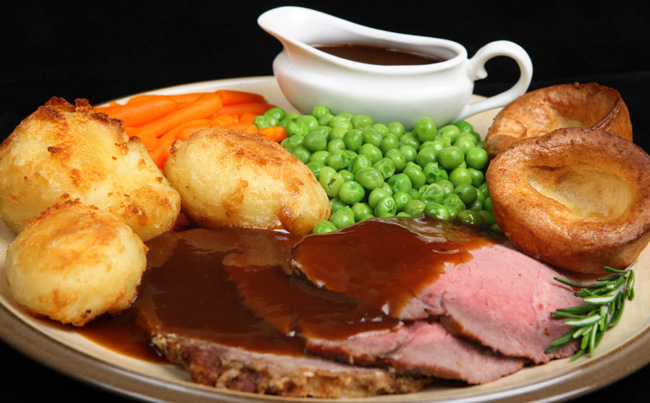 One of the UK firms that is looking to increase its presence in Japan as soon as the ban is lifted is C&K Meats Ltd., based in Eye, Suffolk. It won the Queen’s Award for Enterprise this year in the international trade category.

“We are extremely interested in entering the Japanese market, although it is a bit of an unknown quantity for us at the moment”, said Jonathan Edge, the firm’s sales manager.

The firm recently started exporting high-quality pork to Japan and hopes to be able to build on its growing relationships with distributors in Japan once the beef ban is relaxed, he added.

“Japanese consumers are after a very particular product and issues such as quality and branding are very important to them”, he explained.

“Because the competition is so stiff—remember, this is the country that produces wagyu beef, so they know their stuff when it comes to beef—we need to make sure that our beef has a provenance, that it has a heritage and a back story. That is all needed to make sure that it sells”.

Edge took part in this year’s Foodex—a food and beverage trade show held annually in mid-March at Tokyo’s Makuhari Messe exhibition centre—to promote C&K Meats’ pork products, and to sound out the market for the resumption of exports of British beef.

“It is very important to attend this sort of event, to meet potential customers or distributors and get a feel for what will work and how we can start to build the relationships that are required in Japan”, he said.

“And as soon as that door is opened, we know we have some excellent products to provide to Japan”.