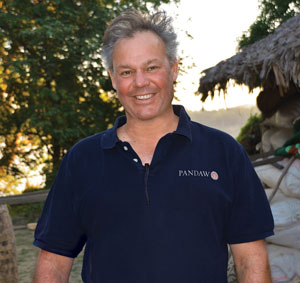 To Paul Strachan, visiting Myanmar “is like stepping back in time”.

And as the descendant of ship­builders from Glasgow who made vessels that plied Myanmar’s rivers a century ago, he has a historic association with a nation that has in recent months made headlines around the world for all the wrong reasons.

Yet Strachan is a firm believer in the potential of Myanmar and its people. So much so, in fact, that he has virtually single-handedly resurrected a firm that for decades operated the largest privately owned river fleet in history and was a by-word for the British Empire in the country.

Today, Strachan’s firm, Pandaw Cruises Ltd, follows in the wake of the Irrawaddy Flotilla Company (IFC) and remembers its fateful links to Japan.

For three years from 1942, Britain and Japan were at each others’ throats in the jungles and mountains of a country known at the time as Burma. Sixty-five years later, the two nations are among the most engaged members of the international community as Myanmar makes tentative steps away from military dictatorship and towards stability, prosperity and democracy.

Setting sail
The British government has in recent months committed to providing a total of £47mn to support members of the Rohingya ethnic group, who have been forced to flee Myanmar, and called on the government to “stop the violence and ensure access” for humanitarian workers.

The campaign is part of a broader effort by the UK to bring about meaningful reforms in a nation that was between 1852 and 1948—overlooking Japanese control of much of the country during World War II—part of the British Empire.

Japan International Cooperation Agency is also active in Myanmar, helping to build wells, schools, hospitals, airports and other infrastructure across the nation. In one of the agency’s most recent projects, a new school opened in August in the village of Ywar Thit to replace buildings that were swept away in extensive flooding during July 2015.

Other efforts are being undertaken in the private sector, such as Strachan’s travel firm.

“I am the fifth generation of shipbuilders from Glasgow and, in 1981, I followed in my great-grandfather’s footsteps to come to Burma, where I took an internship at a power station”, Strachan told BCCJ ACUMEN.

“Drawn back a few years later to write a book about the UNESCO-registered monuments of Pagan, I found the history, the culture and art of this country fascinating.

“And then in 1998, having discovered an original Clyde-built steamer called Pandaw, my wife and I set about restoring it”, he said. “We went on to establish the first river cruise firm since colonial times”. 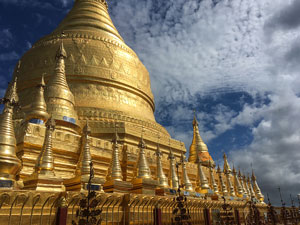 Rich history
Strachan pointed out that the IFC, at its peak, was a remarkable firm. Between 1864 and 1948, it ordered 1,187 ships and carried 1.24mn tonnes of cargo and 9mn passengers a year, with the express steamer taking five days to travel between the city then known as Rangoon (now as Yangon) and Mandalay. Of the 11,000 employees, 200 were expatriate Brits—the vast majority Scots—and the largest vessel in the fleet was 99m from bow to stern and was able to carry 4,000 passengers.

The firm was such an integral part of life in this outpost of empire that it warrants several lines in Rudyard Kipling’s Mandalay, with the poet describing “Where the old Flotilla lay”.

The ships’ days were numbered, however, when British forces were unable to stem the Japanese invasion of Burma in the early months of 1942. To stop more than 500 vessels falling into the hands of the enemy, they were scuttled in the river.

Former glory
After the war and with Burma’s independence in 1948, there was no effort to rebuild the fleet and it appeared to be gone forever. Until 1995, when Strachan casually boarded a derelict vessel tied up on the riverbank that had become home to squatters, including pigs.

Strachan quickly realised that the vessel bore all the hallmarks of a Clyde-built steamer, although it is not clear how it had survived the war or the intervening 50 years. The brass fittings had long gone and it was not clear that the vessel was river-worthy, but Strachan decided there and then to buy it and return it to its former glory.

That vessel became the MV Pandaw and, 22 years later, the firm operates eight ships in Myanmar and has other cruises on rivers in Laos, China and Thailand.

“Despite the localised unrest on the border, this is a great time to explore, as the country has never been more open to travel with so many new areas opening up”, Strachan said. “There is so much to see and do throughout the contrasting regions, from the Himalayas in the north to the tropical beaches in the south.

“And we aim to recapture the golden era of personalised travel along the rivers of Burma by offering a unique way of exploring rural riverside communities, their history and temples.

“It really is the best way to see this incredible country”.