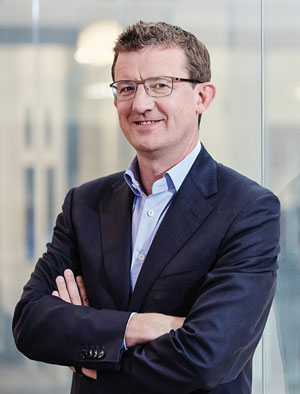 What in retrospect now seems like a much simpler time than now, 2015 represented a bumper year for mergers and acquisitions (M&A), with total deal value topping $4trn. And although at a lower level, deal value remained healthy in 2016 despite the twin shocks of the UK’s Brexit vote and the election of Donald Trump to be president of the United States, two events that are poised to reshape the international order to which firms and investors have become accustomed.

As the consequences of Brexit and Trump’s presidency begin to unfold, the outlook for 2017 is much more uncertain, a topic John Dwyer, global and UK deals leader at PwC, discussed with BCCJ ACUMEN during a visit to Tokyo in January.

“There’s more political risk in the developed territories than we’ve seen for some considerable time”, he said. “You have uncertainty in regard to the political regimes in Europe and in the United States, which is not something we’ve seen [recently], as people can usually rely on those regimes as being something a little more predictable than they are now”.

Brexit backdrop
Despite predictions of swift economic collapse following a vote to leave the European Union, so far the UK economy has proved resilient. Indeed, according to Dwyer, M&As saw an uptick of 16% in the final quarter of 2016 compared with the same quarter in the previous year.

“We have about 2,500 people involved in the execution of transactions in the UK—they have never been busier”, he said. “It wasn’t an expectation that we went into when Brexit was announced during the summer”.

But this was as much about the weakening of the pound following the referendum decision as it was a vote of confidence in the economy. And with the negotiations only just now getting underway, albeit unofficially, with Prime Minister Theresa May setting out her Brexit objectives in January, the deals outlook for the UK, and the rest of Europe as well, is looking cloudier.

In part, that is because of the timescales involved for the negotiation process—officially two years as stated in Article 50 of the Lisbon Treaty—and what it means if an agreement hasn’t been reached within that time.

“I suspect that we will see an environment of uncertainty, which will cause a slowdown of investment into not just the UK, but into Europe generally”.

Until greater certainty emerges about the when and how of Brexit, the size, participants and destination of M&A deals is likely to shift significantly from what has been witnessed over the past few years.

“What we will probably see is the more sophisticated investors, who are used to dealing with change and uncertainty—and I’m not suggesting corporates aren’t. But I think private equity will be opportunistic at this time.

“We’ll see against the Brexit backdrop probably a good stream of mid-market deals led by private equity, but also you wouldn’t be surprised to see Canadian pension funds, some of the [sovereign wealth funds] involved. Against that, I think you’ll see a tail-off in the larger deals, pending a bit more clarity on where [the Brexit negotiations are] going to land”.

But even with the uncertainty, there is still an extremely large amount of global capital available. The scope for M&A activity thus remains significant, even if it requires tapping into new markets. And the likely beneficiaries of that will be India and South-East Asia, as well as Japan.

“As political risk associated with Europe and the United States increases, money supply in terms of doing deals in other regions increases”, Dwyer explained. “If you look around, South and South-East Asia are probably the next biggest impact, and I suspect that Japan will come into the lens”.

The elements driving that include the relative weakness of the yen, making Japan a more appealing destination for inbound deal making; the 2015 introduction of the corporate governance code, which has made the country’s business more transparent and, thus, more easily understood by investors; and portfolio optimisation by Japanese firms, resulting in the spinning off of non-core assets, which are then snapped up by private equity firms.