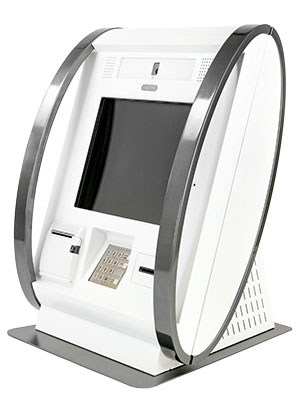 For a moment, Grey Baker believes the information he has just received is a joke. The amused smile as he is told that bank automated teller machines in Japan do not operate 24 hours a day is slowly replaced by a look of incredulity as he realises that there is no punch line.

For all its incredible technological advances in robotics, medicine, life sciences, IT, communications, automobiles and countless other sectors, Japan sometimes catches business people and visitors off guard—such as when the nation’s ATMs clock off or reject bank cards issued abroad.

Forward-thinking technology in the finance space—known as fintech—is an area of expertise for British firms, which realise Japan is a potentially lucrative market for their know-how.

“We had a meeting earlier this week with executives from HSBC and they were incredibly helpful with information on the Japanese banking system”, said Baker, vice-president of products and head of global business for London-based GoCardless Ltd.

“I was surprised at how visibly frustrated they were that no low-cost bank transfer system exists in Japan at the moment”, he said.

UK financial institutions operate largely through a clearing-house system, which acts as the hub of a wheel with spokes radiating out to all institutions. This means the institutions do not require direct links with each of the other firms.

The system is easier, more rapid and more efficient than the model in use in Japan, where no central hub exists and every financial institution has to have a direct relationship with every bank.

The upshot for the consumer in Japan, as a result of the system redundancies and duplication, are costs that are far higher than they need to be. In Britain, Baker said, a single low-volume transaction will typically cost the user 0.1 pence; in Japan, that same payment will cost the user the equivalent of 50 pence.

For a small business operating on very thin margins, that is a lot of money. And it is a problem to which GoCardless has a solution.

Set up in 2011, the firm focuses on simplifying the receipt of direct debits and thereby opening access to businesses that could not previously afford to use them. GoCardless enables organisations, ranging from gyms to Boy Scout groups, to easily pull recurring payments, when due, from a customer’s account.

At the moment, the firm is processing more than £665mn a year and has 14,000 customers in Europe, thanks in part to recent launches in France and Germany. Baker says GoCardless would very much like a presence here in Japan, which was the prime reason the company took part in a five-day fintech trade mission to Japan in December.

“The market here is potentially very large, but we understand that it is also incredibly hard”, said Baker.

“On the plus side, that means it’s incredibly hard for other companies to crack as well, but we’re confident there are enough companies in the payment space that are trying to make things easier on themselves. And that smells like an opportunity to us”.

Baker was making his first visit to Japan and praised the UKTI teams in London and at the British Embassy Tokyo for setting up the mission and introducing them to many of the people they need to consult if they are to be a success.

“We have been able to meet with representatives of the regulatory authority here and we have met with banks”, he said. “It is really good to see that they are opening up and engaging with new, non-traditional companies”.

The challenge is to find a partner bank in Japan that is sufficiently daring—by Japanese standards—to put a concept that has been tried and tested elsewhere into practice in this market.

There are, however, signs that the authorities are opening up to the potential of fintech.

“The government is talking about creating the momentum and environment for fintech, and it is clear they have recognised that there are huge potential cost benefits, particularly for smaller companies”, Nicola Penfold, senior international trade adviser with UKTI in London, told BCCJ ACUMEN.

“We can see that in the cluster of accelerator units that have cropped up in the Marunouchi district.

“It’s important that the regulatory environment to support this sort of expansion is in place”, Penfold said, adding that Japan’s Financial Services Agency is making positive noises about evolution to embrace this new and growing sector.

“Japan is not going to change rapidly, but previously we have not heard such forward-thinking comments as we have heard on this trip, and we are extremely positive and heartened”, she said.

Aravinda Korala, chief executive officer of Edinburgh-based Korala Associates Ltd. (KAL)—which is dedicated to multi-vendor ATM software—is equally heartened. He has identified “a hole” in the services provided by Japanese ATMs that he hopes to be able to plug.

The firm has been operating in Japan since 1999, and Shinsei Bank ATMs use its software. However, a mere 10% of banks accept cards issued by foreign financial institutions. With the number of foreign visitors expected to rise ahead of the Tokyo 2020 Olympic and Paralympic Games, that figure is unacceptably low.

“The problem for banks here is that most Japanese ATM hardware is not compliant with international standards, meaning we cannot install our software without modifications to the ATMs”, Korala said.

The solution, at least in the short-term, is the Retail Teller Machine (RTM): a revolutionary cashless ATM that accepts international bank cards and dispenses a secure ticket that can then be exchanged for cash.

Operating at one-tenth of the cost of a regular ATM, the RTM enables banks to open up their direct banking services to customers in Japan, a low-cost solution that makes banks here compliant with international standards, Korala said.

The firm is looking to build on its existing business relationships in Japan, but its experience here has already taught Korala the importance of “being reliable, being on time and doing what you say you will do”.

“The potential of Japan, for us, is very big”, he said. “Japan has so many ATMs, but they are concentrated in the big cities and, because they are expensive to run, that means there are too few in the countryside and more remote parts of the country.

“I’m positive about this market because, sooner or later, the light is going to go on and they will realise what we can do”.

Hamish Anderson was making a return to Tokyo, where he had worked in the finance sector before becoming joint founder of Money Mover Limited. He was tired of the expense of shifting money from one currency to another and the way in which existing financial institutions “shroud the process in mystery”.

That lack of transparency enables them to charge far more than is actually warranted. A bank, for example, will typically charge a business £3,600 to carry out 12 monthly payments of £10,000 to a foreign bank. Money Mover charges £900 to carry out exactly the same transaction.

“Banks find it difficult to service small and medium-sized businesses, meaning they tend to overcharge for transactions such as these”, Anderson said. “International payments can amount to as much as 4% of the total payment value because, for small firms, it is hard to know the exact exchange rate, and to keep tabs on all the fees that are being charged”.

Money Mover, which was set up in December 2014 and is based in Cambridge, levels the playing field for small firms by providing them with information and rates in real time and being completely transparent to its users, Anderson said.

“It is not just about providing a cost reduction to SMEs—and there are an estimated 100mn such companies around the world, so you can see just how large a market this potentially is—but it’s also about giving them transparency on just how much a transaction is going to cost them”, he said.

Completely online, Money Mover is simple to use, has no minimum term, no membership and no commitment.

And for Anderson, growth is going to be achieved through a process of educating small business owners about how much they can save by signing up.

“Banks don’t tell their clients about all the costs. Businesses tend to do all the banking with one institution and don’t always have time to query the costs because they’re too busy running a business”, he said.

However, the message is getting through to firms doing business in destinations from Andorra to Vietnam, and Anderson has high hopes for the Japanese market.

“We cannot penetrate Japan without a credible local partner but, from the people I have been speaking to here, they see the potential of what we do and they recognise that we are doing something that is very interesting”, he said.

They may be cautious at the moment, Anderson added, but Japan has a vast number of SMEs that do not have access to this sort of payment system.

“We are building a better understanding of the market, making the contacts and introducing ourselves”, he said. “From the meetings I’ve had in Tokyo, I can’t help but be encouraged”.