The flag of the Solomon Islands may no longer include the Union Jack in its upper left corner, but British culture, society and royalty are still fondly remembered and respected in a part of the Commonwealth that is just about as far from Great Britain as anywhere on the planet.

In this nation of nearly 1,000 islands to the north-east of Australia, the ties to the UK are palpable in so many little ways: cars drive on the left of the dusty roads and a good number of homes are still colonial-era concrete and breeze block. The Prince Philip Highway is the main road from the international airport into the capital, Honiara, and it passes King George VI National High School, still considered the country’s best. 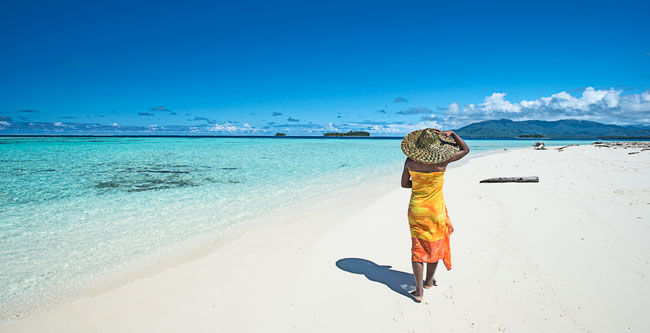 The plush new Heritage Park Hotel was built on the site of the former governor general’s state house and retains a degree of the splendour associated with the colonial years. Heavy furniture adorns the lobby while overhead fans stir the sultry air.

The hotel, also the home of the British High Commission for the Solomon Islands, has an eye catching Sport is Great Britain poster in the lobby highlighting Premier League football. The national obsession with English football over other possible imports—such as basketball or baseball—is visible everywhere: I saw Manchester United and Chelsea shirts, and even an elderly local resident proudly wearing a faded Leeds United cap.

Pride of place at the Heritage Park Hotel is given to a series of photos of the visit by the Duke and Duchess of Cambridge in September 2012. The royal couple were greeted by 60,000 well-wishers—impressive for a country of only 600,000 people—on the third stop of a nine-day tour of South-East Asia and the Pacific on behalf of Queen Elizabeth to commemorate her Diamond Jubilee.

And the Union Jack—replaced when independence was granted in July 1978—frequently still can be seen fluttering alongside the new blue, gold and green flag of this fledgling nation. 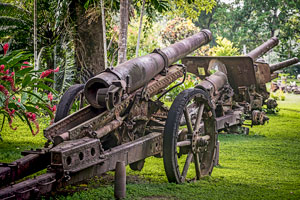 Remnants of the Second World War are to be found on the islands.

Strolling through Honiara towards the Point Cruz Yacht Club, I am greeted by good-natured smiles—or maybe they are grinning at my mild sunburn—and it is quickly apparent that Japan also has a sizeable presence in this country. The vast majority of vehicles on the road, which include a high proportion of rugged four-wheelers, are Japanese brands. Meanwhile, Tokyo is clearly investing heavily in the local infrastructure. A new bridge and road to the west of the city centre are being built by Japanese engineers using Japanese money.

But even in the furthest-flung parts of the islands, the reminders of Britain are constant. 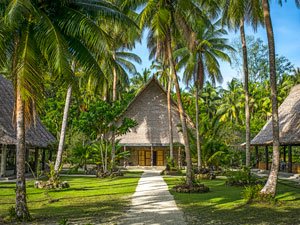 Resort accommodation on the Solomon Islands

Across oceans
Norman Wheatley was born in Yorkshire in about 1868 and reportedly fled South Shields for Australia after being involved in an assault. In the early 1890s, he arrived in New Georgia, the largest island in the Solomon Islands’ Western Province, and set up as a trader on Nusa Zonga Island, just off the modern-day town of Munda. He overcame the reservations of the inhabitants of other islands in Roviana Lagoon—infamous as the domain of the most vicious headhunters and cannibals in the Solomon Islands—and established coconut plantations.

In 1902, in what was apparently an effort to further pacify the locals and boost his own business, Wheatley encouraged Methodist missionaries to build a church on New Georgia. The waterfront site of that first church is today the Agnes Gateway Hotel.

Plantations formed the basis of the islands’ economy in the years after Britain declared a protectorate over the Solomons in June 1893, with Lever Brothers—the forerunners of modern multinational giant Unilever—planting oil palm, peanut and sweet potato crops.

A few islands further north-west of Munda is Ghizo, where a hand-drawn Union Jack flutters at the stern of one of the boats that serve as taxis for crossing the lagoon. 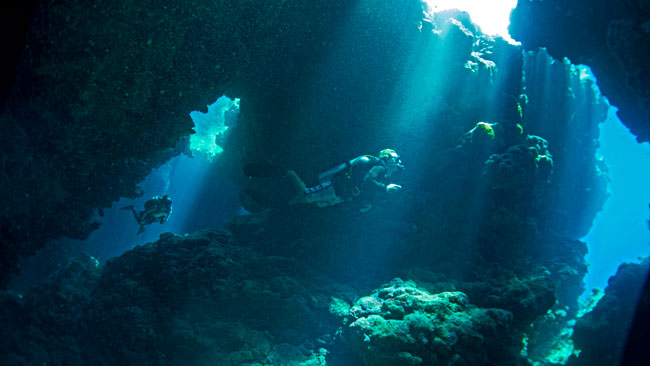 Diving opportunities abound throughout the country.

This part of the Solomons has more of an affinity with the United States, thanks to then-future President John F. Kennedy who survived being shipwrecked nearby during World War II. Yet the owner of the most luxurious hotel on neighbouring Mbabanga Island nevertheless has opted for a British theme. Fatboys Resort is named after Joe, the “fat boy” who eats heartily and falls asleep at the drop of a hat in Charles Dickens’ The Pickwick Papers.

The name is apt; a stay at Fatboys Resort revolves around sampling the local cuisine—the chef is happy to prepare fish that guests have caught on a fishing expedition—and relaxing around the impressively stocked bar. The restaurant stands 100 metres from the shore above the coral and other sea life of the lagoon, while juvenile black-tip sharks congregate for scraps from guests’ tables. Turtles are regular visitors, too, and flying fish skim across the surface a short way off.

The boatman at Fatboys rejoices in the unlikely name of Panda and I find him watching a football match in between ferrying visitors to the airport or taking them out on fishing trips. He has never been to Britain but insists that West Ham United are his team. Looking out across the turquoise lagoon that he calls home, his commitment to a team in the reaches of east London is impossible to fathom.

How to get there
There are no direct flights from Japan to the Solomon Islands, but Air Niugini operates twice-weekly flights from Tokyo’s Narita International Airport to Port Moresby, with onward flights to Honiara by Air Niugini or Solomon Airlines. 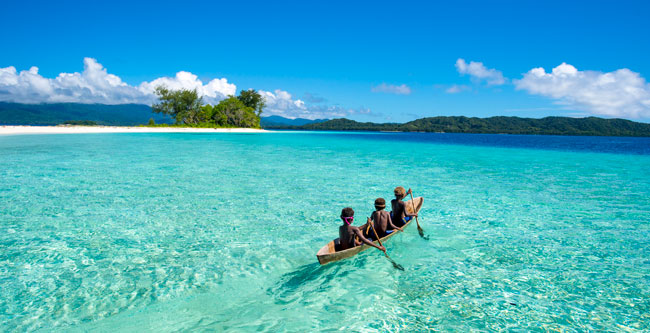