A number of hardy, eccentric, adventurous and generous British—and other—fans are steadily trickling from the UK to Japan for the Rugby World Cup (RWC) 2019 via Eurasia on two or four wheels such as vintage cars, off-road vehicles and even bicycles. Here’s a brief wrap-up of the ones I have encountered. If you know more, please let me know: 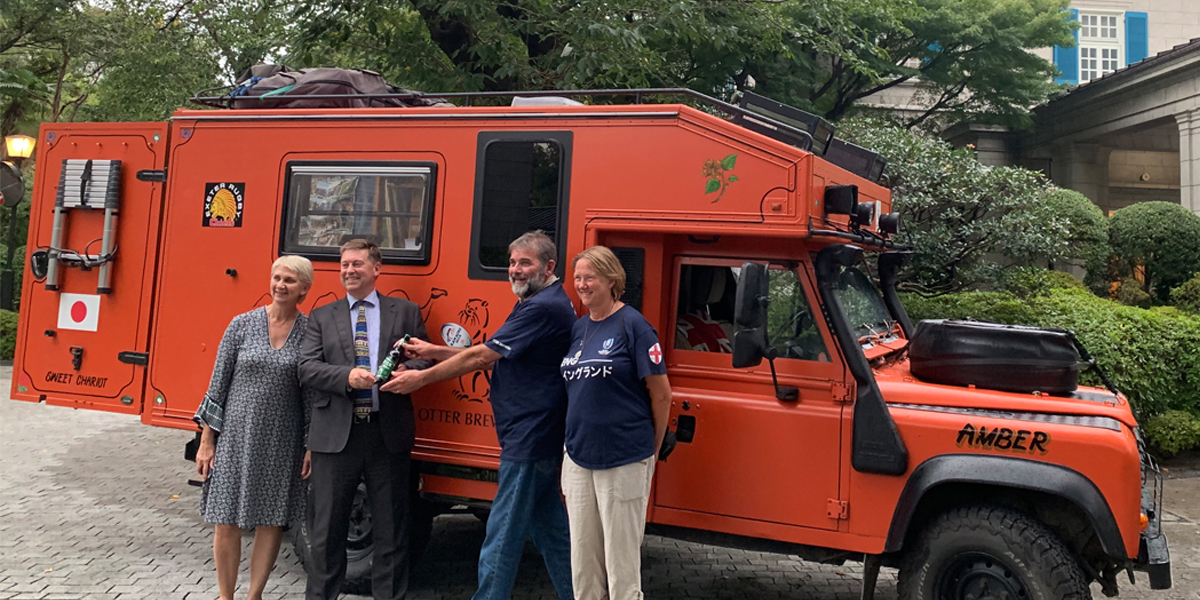 British Ambassador Paul Madden CMG and his wife Sarah (left) accept a gift of beer at the British Embassy Tokyo on 11 September from Otter Brewery in Devon, delivered by Mark and Sue Farrell, who drove their Land Rover Discovery converted British Army ambulance (called “Amber”) from their home in Hemyock, Devon—which is near the Ambassador’s home town of Ottery St Mary—for the RWC. The 27,835km trip across Europe, Russia, most of the “Stans”, Mongolia and South Korea took four months. 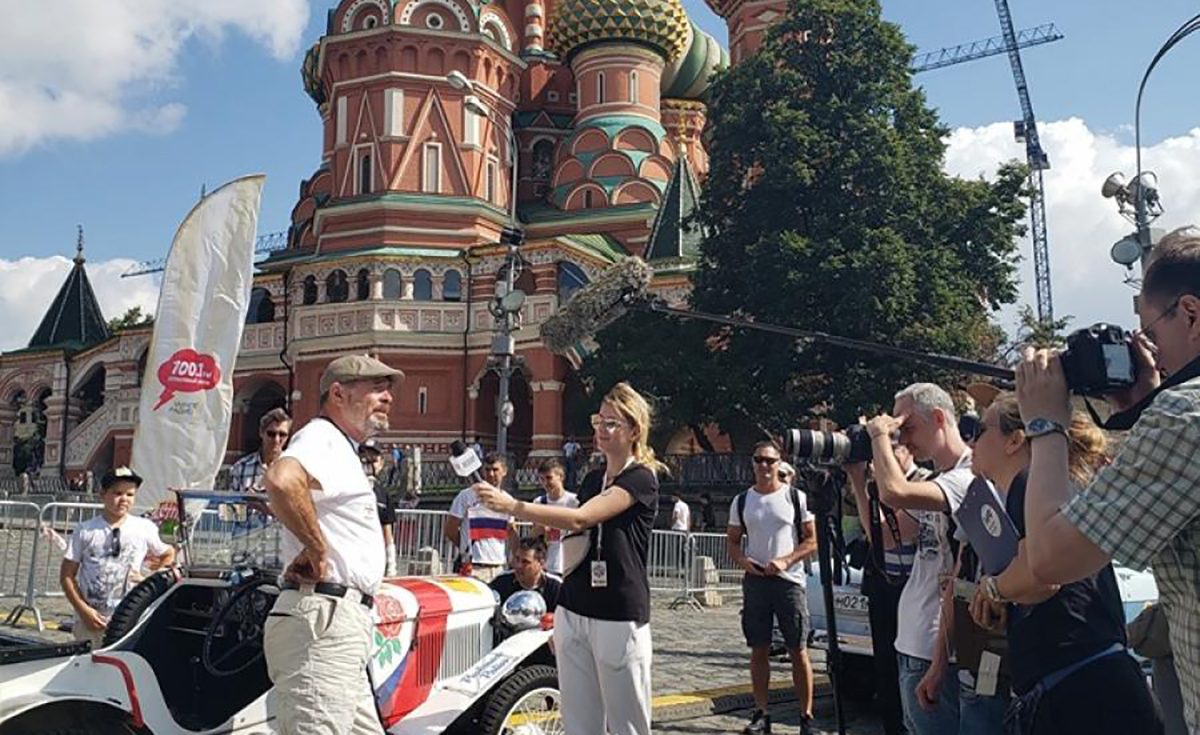 Flying the English eccentric flag is Chris Blakey, 68, a member of the Austin Seven Club. He is realising a long-held ambition by driving from Corsham, Wiltshire, to Japan in his 1937 three-seater Austin 7, coaching kids in rugby along the way. In Russia, he was feted by local rugby organisers, mobbed by the media and stopped by police more than 50 times to allow incredulous officers to take photos of themselves sat in the car. His mission is dubbed celebratethe7 and is being supported by Russian rugby clubs. He was last heard from in Vladivostok.

John Evans, 62, is embarking on the trip from Aberystwyth, Wales, to Japan. He says that as you get older, you realise time’s running out and you have to make the most of it. 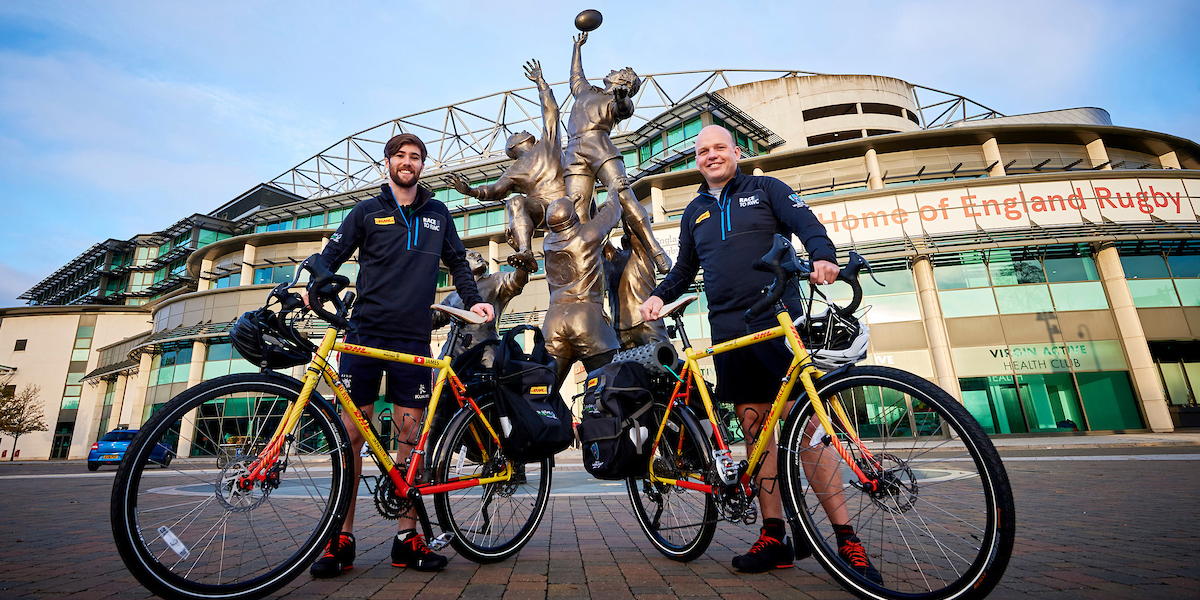 PHOTO: CHILDFUND PASS IT BACK

Hong Kong-based rugby coach James Owens left Twickenham Stadium for Tokyo Stadium on 2 February with South African former rugby player and entrepreneur Ron Rutland. They hope to conclude their extraordinary quest to deliver the whistle for the first match and opening ceremony on 20 September by cycling 20,093km through 27 countries in 231 days.

Why? To promote the game and raise money and awareness for ChildFund Pass It Back, the official charity of the RWC 2019. 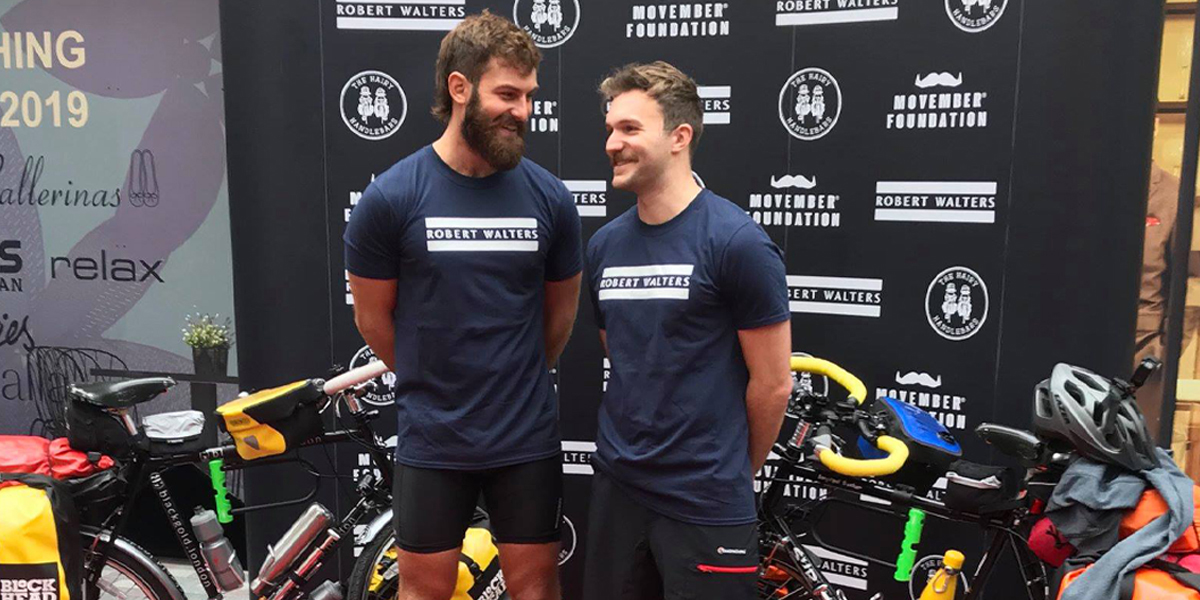 Known as The Hairy Handlebars, George Cullen, 25, and Ben Cook, 24, plan to cycle through 21 countries with little more than bikes, tents, utensils and cameras to raise funds for charities that support men’s health. The two friends from Hertfordshire were quoted saying, “We’re raising money for the Movember Foundation and the Ian Williams Foundation, and we are looking to raise £30,000”. The Movember Foundation is a non-profit organ­isation that encourages men to grow moustaches in November to raise awareness of diseases such as prostate cancer. 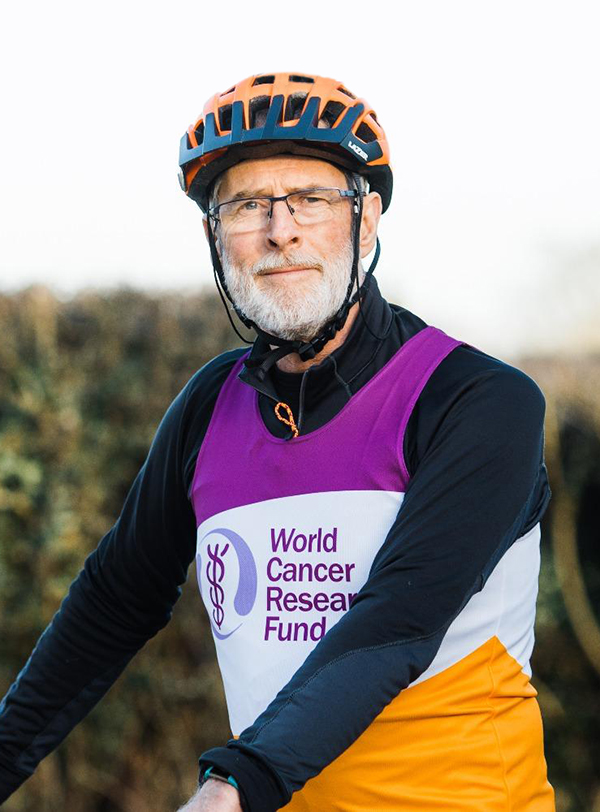 Triple cancer survivor Patrick McIntosh, 62, is attempting to cycle from Twickenham to Tokyo, to help raise awareness of the killer disease with the key message: get tested, eat well, exercise and never give up.