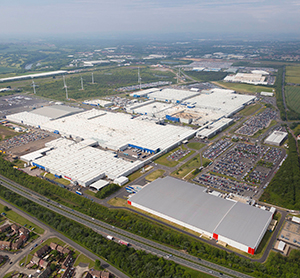 Nissan Motor Corporation’s plant in Sunderland, northeast England, is a sizeable investment in the UK.

However, few of them have stated this publicly and no Japanese firm has yet said it would move elsewhere were there a vote to leave the union.

Nick Woodford, partner responsible for PwC’s Japanese business network in the UK, told BCCJ ACUMEN that many Japanese firms are looking to expand their operations globally because of the frailty of the Japanese economy and Japan’s ageing population.

In Europe, these firms have been focusing especially on investment in the UK and Germany. For some, a “Brexit” (Britain exiting the EU) could cause problems.

Woodford said this would be “quite a challenge for companies like Nissan”, given its major plant in Sunderland, northeast England, from where the vast majority of the cars produced are exported to the EU. A Brexit may result in additional trade red tape or even the introduction of import duties.

According to Carlos Ghosn KBE, chairman and chief executive of Nissan, “Our preference as a business is, of course, that the UK stays within Europe—it makes the most sense for jobs, trade and costs. For us, a position of stability is more positive than a collection of unknowns”.

And while Nissan said it would not take part in the referendum campaign, the firm has declined to “speculate” on its response to a vote to leave the EU, such as the relocation of its manufacturing facilities to mainland Europe to take advantage of the benefits of EU membership.

“We obviously want the Nissan UK plant and engineering centre to remain as competitive as possible when compared with other global entities, and each future investment opportunity will be taken on a case-by-case basis, just as it is now”, Ghosn said.

A move from Britain would be serious. Nissan employs 8,000 people in the UK across its manufacturing, engineering and design facilities, as well as a further 32,000 indirectly through dealerships and its supply chain.

That said, moving such a major plant would be difficult. And Woodford said that it and other major Japanese investments in Britain were often in heavy industry, all costing money to close or move.

“These are significant investments in terms of money, but also in infrastructure and in nuclear plant and physical presence”, said Woodford implying that these could not be easily or quickly moved. 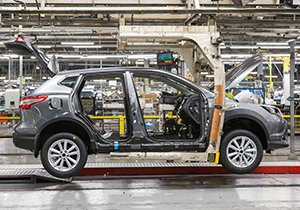 Auto manufacturing by Japanese firms is a large industry for the UK.

Such quandaries have been highlighted by automotive manufacturer Toyota Motor Corporation, which would “keep making cars at its plant in the English Midlands [in Derby] even if the UK votes to leave the European Union”, Akio Toyoda, the firm’s chief executive, told the Financial Times in January.

Another Japanese giant—Otsuka Pharmaceutical Co., Ltd.—has echoed these comments. It wants the UK to stay within the EU, but says it will not leave a Brexited Britain.

Astex Pharmaceuticals, an Otsuka subsidiary, joined 50 UK-based biotech and pharmaceutical executives in sending an open letter to the Financial Times in February detailing their reasons for supporting remaining in the EU. These include the benefits of a pan-EU regulatory system, the UK’s receipt of more EU research funding per capita than any other EU member country, and the risks to Britain’s attractiveness for investment following a withdrawal.

“Otsuka favours the UK remaining part of the EU due to the common regulatory framework and access to a large, single market as well as to a mobile talent pool”, Otsuka spokesperson Jeff Gilbert told BCCJ ACUMEN.

Gilbert is concerned about the “potential disruption” to EU pharmaceutical market approvals that may be caused by a relocation from London of the European Medicines Agency (EMA). Following a Brexit, the EMA would have to leave, “because EU institutions are required to be domiciled in member countries”.

Moreover, in 2017, a unified EU patent registration system and unified patent code will be implemented. The related tribunal to adjudicate Intellectual Property disputes in the area of life sciences is scheduled to be established in London. Again, that would be located elsewhere if Britain leaves the EU.

Otsuka’s UK pharmaceutical operations employ nearly 400 people in commercial and research activities, primarily in west London and Cambridge. But the firm would stay in Britain, even after a vote to leave the EU.

“First, our employees are highly satisfied working in the UK, and a move to mainland Europe would be highly disruptive for many of them”, Gilbert said. “Nonetheless, over the long run, the issue for any life sciences-related business is ensuring that it has unhindered access to resources, especially highly talented staff in areas such as the sciences, but also capital—especially for biotech companies—in what is a capital-intensive field.

“Second, the UK has a critical mass of pharmaceutical and biotechnology companies, leading universities in the sciences, and other centres of academic medicine, making the country a hospitable environment for drug discovery and drug development”, he added. 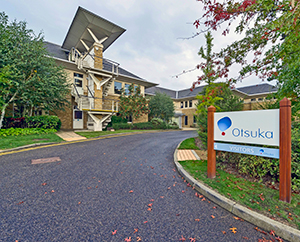 Such practical constraints on quitting a non-EU Britain would not necessarily apply to the same extent to Japanese conglomerates that, while owning UK businesses including manufacturing, operate management and ownership hubs in London. These offices and registrations could—in theory—be moved to the Continent, were there a Brexit.

“At one level, it would be possible for them to continue with European headquarters in London because they’re looking at investment decisions for the region”, Woodford said.

“It’s a different matter as to whether they’d continue to invest in the UK, but they could continue to run their headquarters’ activities from the UK—many of the Japanese megabanks have got significant presences in London so they are very embedded in UK activities”, he added.

Moreover, regarding domestic firms looking to global markets for expansion, and newer hi-tech Internet-based firms, “a Brexit might have an impact as they are more mobile”, according to Woodford.

Unsurprisingly, some businesses prefer to keep their counsel. Suntory Holdings Limited has its European headquarters in west London and, while stressing that “this is an important debate for the UK, and it is crucial that the discussion is as informed as possible”, it said that, “as the third-largest branded soft drinks supplier in the UK, the European Single Market plays a significant role in how we operate”.

Regardless of the decision, Suntory said it “remains committed to our staff, suppliers and customers across the UK and looks forward to continuing to grow our contribution to UK plc through innovation, job-creation and skills”.

Of course, in the short term, one sure consequence of the referendum is uncertainty, and no one likes that.

“Generally [the approach of Japanese firms] is one of concern about the uncertainty, leading to the postponing of decisions that can be postponed, but I’ve seen no evidence of them saying they would leave”, said Chris Bryant, antitrust and competition partner at the international law firm of Berwin Leighton Paisner. Bryant said that it was difficult to generalise regarding whether Japanese firms really would have an option to leave Britain after a Brexit. “It wouldn’t be easy but it wouldn’t be impossible”, he said.