Back in April 2012, Hajime Satomi, the chairman and president of SEGA SAMMY Holdings Inc., took to the stage at a press conference in Miyazaki Prefecture to announce his firm’s ¥400mn acquisition of Phoenix Resort K.K., operator of the Seagaia water park and resort in the prefecture.

Pointedly, one of the very first questions put to Satomi by the media was whether in the future he planned to incorporate a casino into the complex.

With a smile, he agreed that Seagaia “must have a casino because it will attract lots of visitors from Asia and create jobs”.

“As a matter of course, we would like to keep it in mind”, he added. But Satomi was unable to make a firmer declaration simply because, at the time, it was not legal to operate a casino in Japan. 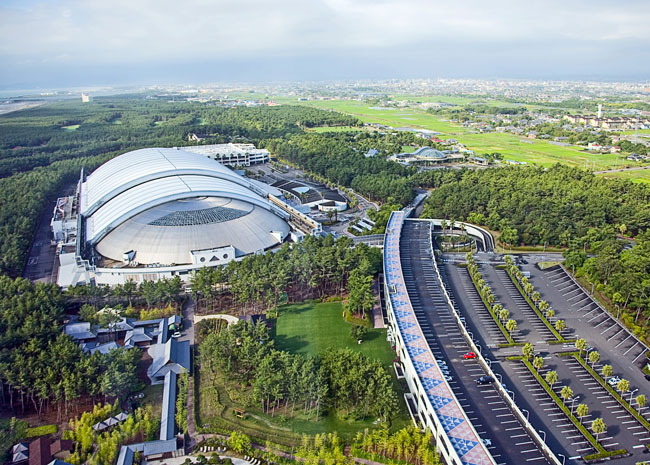 The Seagaia resort in Miyazaki Prefecture has been cited as a possible casino location.

Five years later, the nation has taken a huge leap forward in the campaign to spin the wheel, roll the dice and deal the cards. Now operators—including some of the very biggest names in the gaming world—are drawing up plans to build those casinos that Satomi envisioned for the Japanese market.


In December, the Japanese government passed legislation permitting the development of integrated resorts (IR) that would bring together hotels, convention facilities, shopping outlets, entertainment facilities and, crucially, casinos. The IR Promotion Bill will be followed by additional legislation, due to be completed within a year, that will spell out the details of how such premises would operate.

Quick to see the potential windfalls that would come from IRs, Osaka has announced that it would welcome the nation’s first gambling facilities and has earmarked Yumeshima Island in Osaka Bay as the venue. Similarly, Yokohama is reported to be drawing up blueprints for an IR in its bayside area, while Okinawa and Tokyo’s Odaiba district have also been suggested as potential sites.

Speaking at a British Chamber of Commerce in Japan event held on 6 April, Yuriko Koike, governor of Tokyo, acknowledged that IR could be one way of bringing tourists to Tokyo.

“But regarding specific policies, there are various national systems and things that need to be in place for IR, and I would like to think [about this topic] after those things are determined by the national government”, she said.

In any case, SEGA SAMMY still has ambitions to be in the forefront of developments in Japan. 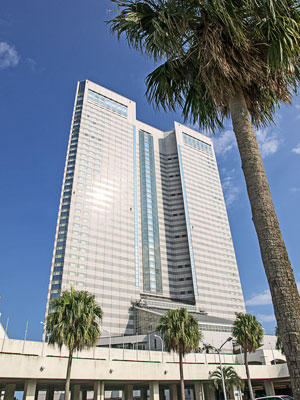 “We have always developed businesses in the entertainment field, and this will remain the case”, he said. “The integrated resort business is an attractive sector and, moreover, we think that IR operations give us the opportunity to vastly expand the scope of our entertainment business”.

Fukazawa said the firm has made no definite plans as yet, but will be “watching developments carefully, such as the type of system established by the Implementation Law, and which local governments declare their interest in introducing integrated resorts to their areas”.

SEGA SAMMY also sees IRs serving as a new driver of the local and national economies.

“As a Japanese company, we fervently wish to contribute to the vitalisation of the Japanese economy and the development of the tourism industry by way of the integrated resort business”, Fukazawa added. “This is a business where we can put to use the broad range of knowhow and knowledge we have accumulated in the entertainment business, and an area in which the tangible and intangible assets we hold can be capitalised on”.

Global gold rush
International operators are also taking a close look at the possibilities that exist in Japan.

“We have been working for over 10 years with lawmakers and stakeholders to promote the understanding of integrated resorts and the substantial economic benefits they bring”, he told BCCJ ACUMEN. “At the same time, we have been making efforts to understand the Japanese market.

“Collaboration with Japanese companies is key to success in this market”, Tanasijevich added. “We have met and collaborated with a variety of companies, including construction companies. We look forward to having the opportunity to bring a development that will boost Japan tourism and help Japanese businesses and workers in impactful ways”.

Firms with links to the industry in Britain are also hoping to take advantage of new opportunities in Japan.

Genting Casinos, which has its UK headquarters in Birmingham and operates 42 casinos across the country, is considering entering the Japanese market through the Malaysia-based organisation’s Singapore subsidiary.

The firm is playing its cards close to its chest about the specifics, but spokeswoman Grace Chew confirmed, “We have expressed an interest in the possibilities of investing in Japan and we are monitoring the development of integrated resorts as soon as the relevant laws are passed”.

Hard Rock Cafe International, Inc., which was founded in London in 1971, but was sold to the Seminole Tribe of Florida in 2007 and has since been headquartered in that state, currently operates 11 casinos in the United States, and Chairman James Allen announced in February that the group is looking into the possibility of an alliance with Japanese partners here as soon as the relevant laws are in place.

“We are looking at 40–60% equity participation”, Allen told Reuters in February. “It’s important to make sure our local partners are involved in the relationship, not just as blind investors”.

The firm has identified as many as 30 potential partners, ranging from financial firms to property owners, with industry analysts suggesting that just two IRs could generate $10bn in annual revenue.

Other estimates have suggested that more properties, combined with a wealthy domestic population and soaring numbers of tourists, could see that annual figure rise to $40bn. That would make Japan the second-largest casino market, behind the United States. 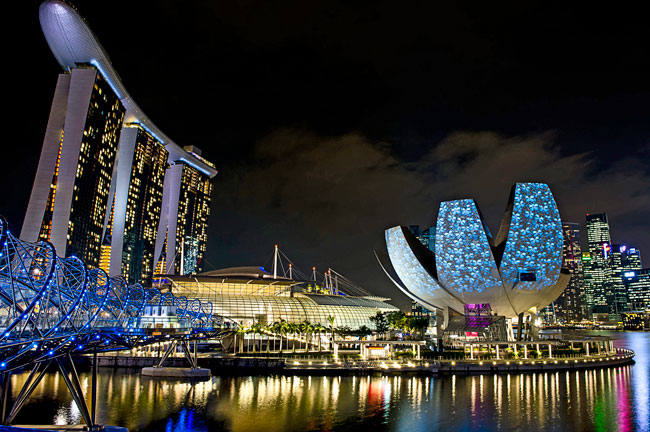 Singapore provides a model for the future of integrated resorts in Japan.

Risks and rewards
Despite the potential windfall in terms of revenue and job creation, there are many in Japan who remain concerned about the impact changes in gambling laws will have on society.

A poll conducted by the Asahi Shimbun in February determined that 60% of Osaka residents are opposed to a casino in the city, the majority citing declining safety as the main reason.

Yoichi Torihata, who is a professor at Shizuoka University’s Faculty of Humanities and Social Sciences, detailed the concerns of many opponents in a press conference at the Foreign Correspondents’ Club of Japan on 28 February. He emphasised that gambling addiction can “destroy lives”, adding that Japan already has opportunities for gamblers—such as horse racing, pachinko, cycling and boat racing—and that relaxing the rules to let in casinos will have a negative impact on society. He also questioned the economic benefits, saying that the main potential source of revenue—Chinese gamblers—already had options.

Proponents of legalised casinos insist they are fully aware of the potential pitfalls, and point out that dire consequences have not come to pass in nations that permit gambling, such as Singapore.

“The experience of Singapore has shown that integrated resorts, when paired with comprehensive social safeguards, can lead to substantial economic benefits and lower rates of gambling and gambling addiction in the community”, said Las Vegas Sands’ Tanasijevich.

And SEGA SAMMY’s Fukazawa concurs: “Currently in Japan, social problems such as gambling addiction, money laundering and deterioration of public safety are also raised in the debate surrounding the introduction of integrated resorts.

“We believe that the government and private sector should work as one, so that society as a whole can firmly control these factors in Japan, studying the examples of countries such as Singapore, which have already introduced integrated resorts”, he said.