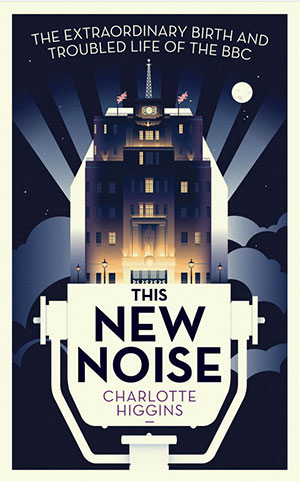 In 1922, the British Broadcasting Company, as it then was, had just four employees. Today, the now-British Broadcasting Corporation (BBC) has 21,000 employees—and that is not all that has changed. Charlotte Higgins gives us an excellent and very timely book that throws light on the early days of the BBC, but also hints at the future.

This is not, in Higgins’ own words, “a linear history”. Rather it is a fascinating grab bag of interviews and reflections that pieces together a quite extraordinary story of an institution that invites admiration and criticism in equal measure. There are those, such as Jason Cowley, editor of British current affairs and politics magazine New Statesman, who argue “the BBC … remains one of the reasons to live in Britain”. Others, such as John Whittingdale OBE, secretary of state for culture, media and sport, consider the BBC to be “the most wasteful, bloated organisation on the planet”.

In this multi-channel, multi-media age, it is difficult to imagine what it must have been like for the early pioneers of broadcasting. The technical difficulties were formidable and the limitations tremendous. But Higgins throws admirable light on those very early days, introducing us to some of the individuals whose vision and dedication paved the way for all that was to come after the “new noise” had become an established part of British life.

Those players include Hilda Matheson OBE, a founder of BBC radio journalism, whose many accomplishments include the creation of the programme Week in Westminster. What began as a way for women MPs to reach a recently enfranchised female electorate still airs on Radio 4.

As head of talks, Matheson wrote a description of the ideal commissioning editor. Though written in the 1920s, it stands today as a credible job description that many current producers would do well to review:

“Broadcasters … must be sympathetic to new ideas, new personalities, new methods; they must indeed have a quite peculiar open-mindedness and a gift for personal contacts … Above all they must have an interest in human nature in its most varied shapes. Broadcasters can never rest; they are never off duty … they cannot escape the persistent question marks which face them everywhere—is there a new idea for me here? Have I overlooked this sort of man, woman or child in my programme building?”

Higgins has had access to a truly impressive array of figures that have each played a part in making the BBC what it is today. Directors general, as well as past and present staff members from the widest possible circle, have spoken frankly and fearlessly. What is more, the author writes with such style and fluency that the book is a very comfortable read.

Chief culture writer for The Guardian, Higgins was persuaded by former editor-in-chief Alan Rusbridger to take out “several months” to research the BBC. The goal, he said, was to “try to get under the skin of the institution”. This she has done with singular success.