According to the 12th Global Fraud Survey, released by Ernst & Young in June 2012, 39% of respondents reported that bribery or corrupt practices occur frequently in their countries.

The survey results are based on more than 1,700 interviews in 43 countries with chief financial officers, as well as legal, compliance and internal audit heads.

Under anti-corruption laws such as the US Foreign Corrupt Practices Act (FCPA) of 1977 and the UK Bribery Act 2010, liability can be imposed on a firm even if they are not aware that third party intermediaries (TPIs) employed by them have bribed a foreign official.

Yet, the survey reveals, 44% of respondents had not conducted due diligence on TPIs. With its extensive use of these intermediaries, the pharmaceutical and medical device industry is at high risk.

Use of TPIs
In many countries, including Japan, pharmaceutical and medical device firms rely on TPIs to conduct various aspects of their business. For example, intermediaries can act as sales agents and distributors that promote and sell products, logistics intermediaries, consultants, clinical research organisations, event planners, media agencies, travel agents, lobbyists, as well as regulatory consultants.

In addition, TPIs interact, at times on behalf of the pharmaceutical and medical device firms, with healthcare professionals. These professionals may include those employed by public and government-related entities (such as public university hospitals) who are considered to be government officials. Among the TPIs, sales agents and distributors in particular often present a higher risk for firms who are trying to abide by anti-corruption laws.

Healthcare professionals are free to procure from a number of firms with competing drugs and services, and sales agents and distributors often have their commission tied to the sales they generate.

These TPIs have an incentive to entice key decision makers among healthcare professionals (sometimes including government officials) to procure the drugs or services of the firms they represent.

Under the FCPA, the offering of anything of value to non-US government officials—in this case healthcare professionals who are considered to be government officials—by sales agents and distributors, would constitute a bribe. The items offered may include entertainment, donations, grants, sponsorships, gifts, excessive discounting on pricing, overprovision of free samples, and the provision of gratuitous services (such as data collection).

That is not to say that offering gifts to healthcare professionals who are not government officials is acceptable. The UK Bribery Act goes one step further than the FCPA; it prohibits bribes given or offered to any person.

Importance of TPI due diligence
While firms cannot control all the activities and compliance of TPIs who interact or transact with healthcare professionals (government officials) on their behalf, TPI due diligence can be applied in the selection of TPIs with whom firms plan to work. This can be done to reduce risk, and as part of an ongoing exercise to periodically evaluate each TPI for changes in their business relationships and inappropriate behaviour.

A typical TPI management process may contain a set of steps similar to that shown in the diagram below.

After firms have conducted a business justification exercise to document the strategic purpose of using the TPI, as well as a fair market value assessment to determine the appropriate compensation levels for the required services, initial due diligence can include the completion of a questionnaire by prospective TPIs.

The purpose of the questionnaire is to understand the TPI’s operations and relationships, unethical behaviour and past prosecutions (if any), as well as to uncover the existence of government contracts and political contributions.

Firms also can conduct background checks that are independent of the questionnaire. Red flags identified need to be resolved by the legal or compliance department prior to approval of the TPI.

Ongoing due diligence (oversight) should be conducted continuously throughout the term of the relationship with the TPI at intervals of 12, 24 or 36 months, depending on the perceived risk attached to the TPI. Ongoing due diligence can include a review of the previous business justification exercise and fair market value assessment, in addition to providing training for TPIs and annual TPI certification.

Global enforcement trends
Global trends point to an increasingly stringent compliance environment. The jurisdiction of the FCPA is expanding. The US government has increased resources to enforce it and extended investigation techniques, while extending cooperation with the UK’s Serious Fraud Office and other law enforcement entities worldwide.

In the FCPA guidelines issued in November 2012 by the U.S. Securities and Exchange Commission and the U.S. Department of Justice, it is indicated that having an effective compliance programme may lead to a reduction in the fines imposed on firms faced with FCPA prosecution.

TPI due diligence is part of a firm’s effective compliance programme, and in the face of global enforcement trends, it is imperative that pharmaceutical and medical device firms conduct TPI due diligence. Firms recognise the value of hiring MD- or PhD-qualified people, but where can they find the right talent? 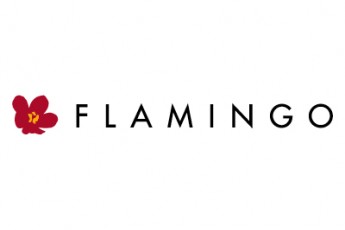 Underneath the Hospital Gown

Japan's sophisticated social insurance system offers free access to healthcare, allowing people to visit the doctor for any condition. Most companies offer annual medical checks to employees, creating a further opportunity for patients to be aware of their condition, and perhaps, discover some unwanted truths. Pharmaceutical makers are in an excellent position to do a lot of good—and, I would argue, have something of a duty to do so—above and beyond merely developing and providing medicines that are going to cure illnesses and give people longer, happier and more productive lives.

The pharmaceutical industry in Japan is preparing for major growth. As firms compete for market share in the recovering economy, we see hiring freezes have been lifted since last year, while budgets have been adjusted for an anticipated increase in staff numbers.
Feature Article February / March 2010