After a long working week compounded by a miserable commute, grey winter skies and the feeling that the weekend is going to pass in the same way—and just as quickly—as most of those that have gone before it, we all need something different: a change of scenery and—most importantly—to pamper ourselves.

Given the number of top-class hotels that now dot Tokyo or are within a short train journey or flight, the weekend break or “staycation” has never been easier. Or more luxurious. 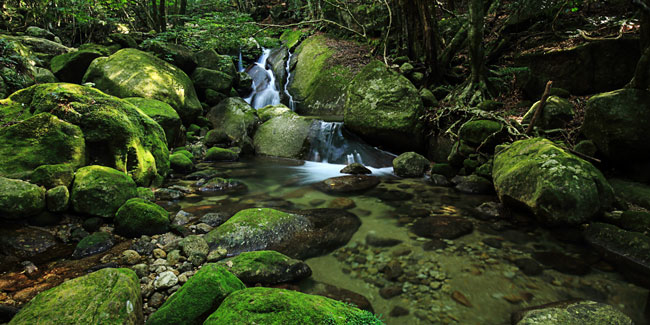 “The term ‘staycation’ only cropped up a few years ago, and the concept was a result of the financial crisis that struck in 2008”, said Emilie Achilles, international marketing communications executive at the Grand Hyatt Tokyo. “But now it has become something of a global trend and we have seen a definite increase in people coming for short-stay visits”.

To tap into the trend, the hotel has come up with a number of innovative packages, such as the Marie Antoinette Stay, which ran until 26 February.

For a cool ¥1mn, a guest could enjoy luxury that the former Queen of France would have recognised. Included was a night in the presidential suite—complete with its own outdoor heated pool and gardens—a rose bath, a bottle of Dom Perignon Champagne, in-room nail art incorporating real diamonds and pearls, a 60-minute treatment at the hotel’s Nagomi Spa, welcome sweets and a pair of tickets for the Marie Antoinette art exhibition at the nearby Mori Arts Center Gallery.

But a more modest stay at the Hyatt still will get the city’s kinks out of your system.

The 200m² Ambassador Suite may lack the pool, but has much else to recommend it, as do the Chairman, Diplomat and Grand Executive suites, which range in size from 100m2 to 120m2. 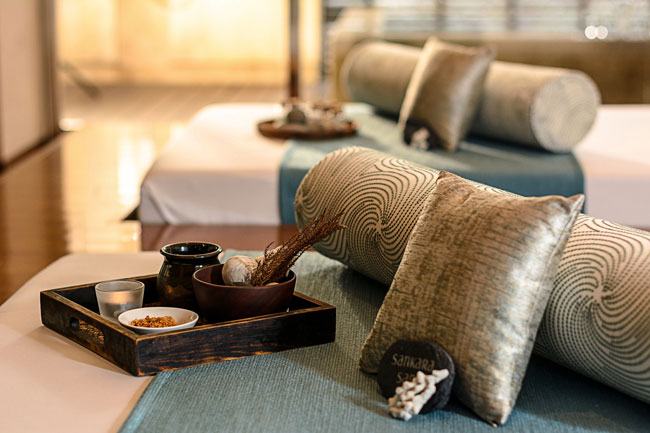 The hotel has a further six categories of rooms, the smallest of which is a very comfortable 42m2. These rooms come with full blackout blinds, 32-inch flat screen televisions, complimentary Wi-Fi, audio-visual equipment, as well as rain showers and a bath tub designed to soak away the stresses of the city. Guests checked into Grand Club rooms and suites also have access to the 5th floor Nagomi Spa and Fitness.

The Grand Hyatt has seven distinctively different restaurants, ranging from the contemporary Italian café Fiorentina—the outside terrace is a nice European touch—to the French Kitchen, Chinaroom and Shunbou, which delivers a truly stunning take on kaiseki traditional, multi-course Japanese meals.

To end the evening, try Maduro, a luxurious bar with nightly live entertainment and an extensive selection of cigars to go with the drinks.

Across town, Hilton Hotels & Resorts took over its Odaiba property in October 2015, and has since embarked on a major renovation and upgrade of the hotel’s facilities. Yet it maintains what is arguably one of the most spectacular locations in Tokyo.

The curved design of the 453-room hotel means that every one of its guest rooms has a view of Tokyo Bay from a private balcony. Those on the west of the property enjoy the most striking vista, with a view that takes in the Rainbow Bridge, Tokyo Tower, Tokyo Sky Tree and the profile of the entire city. Particularly impressive as the sun is going down, the rooms are at a premium for the summer fireworks festivals that light up the bay.

Meanwhile, the newly refurbished Executive Lounge serves breakfast, afternoon tea, as well as light snacks and cocktails in the evening. On a fine day, be sure to get there early to take advantage of one of the outdoor tables. After the sun has gone down, the barman in the classically appointed Captain’s Bar pours a sublime gin and tonic, while an impressive selection of whiskies is readily available. The hotel also has a fitness centre, spa and sauna, as well as a number of excellent dining options, including sushi, teppanyaki and a tempura restaurant.

Hilton has a number of other properties around the country—including in the town of Niseko in northern Hokkaido—while Kansai residents in need of a city break need look no further than Osaka, where a Hilton hotel can be found in the heart of the city.

Guests are invited to relax with a soothing massage in the spa, unwind in the indoor swimming pool, and enjoy cocktails and a view at Windows on the World. Then they may end the day at the award-winning restaurant, Genji.

The InterContinental Group operates a selection of hotels across Japan, and this year celebrated the 70th anniversary of the opening of their first property. The ANA InterContinental Tokyo has become something of an icon in the city, its rooms being a blend of contemporary design and modern facilities, with all of them benefiting from subtle Japanese influences.

The hotel has an outdoor pool, the THANN Sanctuary Spa Akasaka; a health and fitness centre; a shopping arcade; and more than a dozen drinking and dining establishments that include a two-Michelin-starred restaurant overseen by renowned chef Pierre Gagnaire.

But convenient getaways need not be limited to your home city. Still part of the InterContinental family, the Manza Beach Resort enjoys an altogether different outlook—across the coral reef that fringes the natural harbour off the village of Onna-son, on the north-west coast of Okinawa.

Appearing stark against the blue of the Pacific, the startling white hotel occupies a spit of land that forms one protective arm of the bay—and gives it unparalleled views. The hotel recently upgraded its facilities, and now every room has a view of the ocean and the area’s spectacular sunsets. And because it is in the far south of Japan, where the climate is warmer, the beach is open from 1 March until the summer there ends in early November.

The island of Yakushima, a UNESCO World Heritage Site, is not as far south, but it does have both an exceptional environment and hotel, perfect for a short break.

The Sankara Hotel and Spa cleverly combines top-end luxury with the requisite environmental responsibility. Cutting edge in every aspect—from the restaurants to the suites, spa facilities, pool and the 24 individual villas—the property nevertheless retains the atmosphere of a family-run inn, albeit an impressive one. When the visitor steps into the main lobby, they face the facility’s vast doors that open onto an infinity pool, where the Pacific Ocean serves as the backdrop. 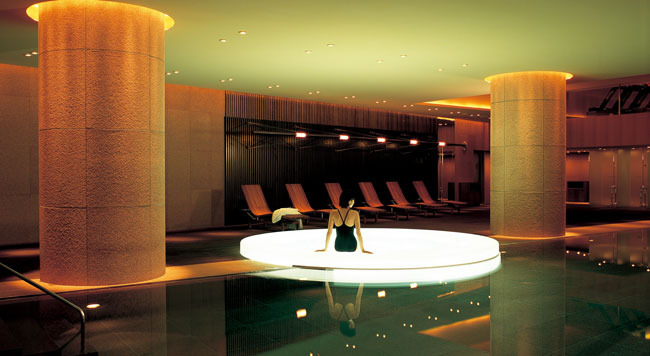 The hotel’s villas each have a balcony overlooking the surrounding forest or the ocean, and Balinese day beds that are ideal for lounging. In addition, there are three junior suites, a villa suite and the full Sankara Suite.

At more than 125m2, the top-of-the-range property enjoys a private spa and an open-air bath that looks out over cedars.

With such luxury to be found throughout Japan, there is no reason not to treat yourself.