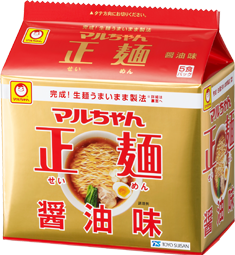 The Japan Marketing Journal is credited with having coined the term hitto shouhin (hit products) back in 1971.

The concept has changed little since then; inclusion in the list of hits acknowledges a firm’s ability to develop a new success, which initiates spending patterns that indicate how Japan’s society is changing.

Needless to say, these successes are particularly admired because they have been achieved during the prolonged business recession.

A number of publications and organisations, including the Japan Marketing Journal’s sister publication, Nikkei Trendy, have joined in drawing up their own list of product hits at the year’s end.

In its December issue, the Nikkei Trendy magazine listed the top 30 hit products for this year. In number one position was the Tokyo Skytree that, at 634m, is the world’s tallest free-standing tower. Moreover, since its opening to the public on 22 May, it has helped stimulate the economy of Tokyo’s downtown area. The number of visitors to the tower has easily surpassed the 32mn—one-quarter of Japan’s population—initially projected for its first year of operation.

Domestic low-cost carriers, such as Jetstar Japan Co., Ltd and AirAsia Japan, are in third place, while Maruchan’s instant noodles, which have sold over 200mn servings in their first year, came fourth.

PLUS Corp’s Fit Cut Curve scissors, which will help to increase their domestic market share by 15% by offering a choice of handle colours and a sharp curved blade, made it to fifth place on the list.

The absence of foreign brands—only two made it to the top 30 in 2012—was conspicuous.

In 17th place, Coca-Cola (Japan) Company, Limited enjoyed a good run with its yerba mate tea made from the leaves of a South American tree, while Proctor & Gamble scored success with its Lenora Happiness aroma gel (20th place).

One was the concentration of shopping and leisure complexes around some major attractions. In the Kanto area, these included the Tokyo Disney Resort, which this year received a record number of entrants; the Mitsui Outlet Park in Kisarazu, Chiba Prefecture; DiverCity Tokyo Plaza, Odaiba; the refurbished Tokyo Central Station in the city centre; and Tokyu Corporation’s new Shibuya Hikarie.

Second was the entertainment industry’s success in shifting the focus of TV, films, music and books to products offering “peace of mind” and “ease of understanding”.

Duty-free System to Be Streamlined

As a result of efforts made by the Tokyo Chamber of Commerce and Industry and other business associations, the tax exemptions enjoyed by overseas visitors will undergo simplification beginning around May 2013, according to the Japan Marketing Journal (26 November).

In part, this is to counter the planned rise in the consumption tax from the current 5% to 8% in 2014.

Among members of the working group that made the suggestions on 29 November were JTB Corp., the Japan Association of Travel Agents, Japan Airlines, ANA, Yodobashi Camera Co., Ltd, and Shiseido Co., Ltd.

Current duty-free regulations require retailers of souvenirs and other goods to submit separate applications for each sale. Retailers say this is time-consuming.

The system under consideration, which would enable retailers to provide tax rebates on the spot, is that currently in use at European Union airports.

Besides products to which duty-free measures currently apply, the new system is expected to cover food products and cosmetics.

It is believed that the duty-free system must undergo streamlining if Japan is to attain its ambitious goal of attracting 25mn foreign tourists per year by 2020.

Patronage at British-style pubs in Japan shows no sign of relenting.

The Japan Marketing Journal (23 November) reports that the HUB Co., Ltd chain, operator of 58 HUB and 18 82Ale House outlets, projects an ambitious expansion, to reach 130 nationwide over the next five years.

Based in Chiyoda Ward, the firm began in 1980 as a fully owned subsidiary of the Daiei, Inc supermarket chain. Its largest shareholder is currently Royal Holdings Co., Ltd., operator of the Royal Host family restaurants and Shakey’s Pizza franchises, among others.

The chain reported a 12% year-on-year increase in revenues during the March to August period, defying the overall downward trend of its main competitors, izakaya—the Japanese drinking establishments that also serve food.

With the main nightlife areas in Tokyo largely saturated, the new outlets will focus on the metropolitan areas of Osaka and Nagoya, as well as regional cities.

Another strategy will be to open new branches close to suburban commuter stations, such as that near Chiba’s Kaihin-Makuhari Station on the JR Sobu Line.

One reason for the chain’s success may be the relatively low average outlay per customer. Compared with the approximately ¥2,800 spent at rival chains, the average customer at a HUB outlet typically pays only ¥1,500 during the comparatively short 90 minutes he or she spends on the premises.

Do You Walk on Escalators?

In the Asahi Shimbun’s “be between” online survey (24 November), 3,517 people answered the question: “Do you walk on escalators?” Just over half the respondents (52%) gave a positive response, while 48% said they remain stationary.

Among those who replied in the affirmative, 48% explained their walking as a habit; 33% said it is because they are in a hurry; while 7% said other people do, so they just follow their herd instinct.

Among those who said they stand still on escalators, 23% said they believe moving about is dangerous, while 22% said standing still is the proper way to ride an escalator.

However, the most common reply (39%) was that the respondents are not in a hurry.

The Asahi gave the last word to Junichi Hirota, a division head at the Japan Elevator Association responsible for enhancing the safety, performance and comfort of escalators. Hirota noted that, according to Japan’s construction regulations, the maximum width of escalators is 1.1m, or about 0.3m narrower than public staircases. This allows passengers to grasp either the left or right hand rail.

Another factor that discourages walking on escalators is that the riser (height) of each step is usually 20cm or more, compared with the regulation 18cm or less for stairs.