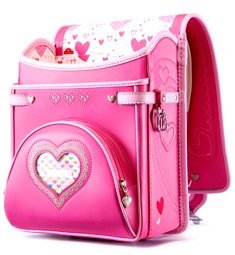 Overall sales have been climbing since 2002, when they were just over ¥100bn, and are projected to reach about ¥700bn in 2013. This, the magazine points out, represents a major change in the direction of retailing.

While recognised national brands are still strong in the categories of mayonnaise and confectionery—particularly because older consumers find them to be familiar—PBs have been expanding their base in the categories of precooked condiments packaged in retort pouches, carbonated water and salad dressings.

One recent variation on PBs has been the emergence of products with a double brand—goods that bear both the retailer’s and manufacturer’s logos—and are being energetically sold via Seven-Eleven outlets. The convenience store chain reported demand for PB items increased by more than 10% over the previous year.

“With the exception of expansion to outlets other than general stores and supermarkets, we are not planning to increase the number of items”, Chozo Nakaya, president of Aeon Topvalu Co, Ltd, told the magazine. “Instead, we are asking how to view products’ life cycles”. It will be necessary to continue the process of adapting, discontinuing, phasing out or relaunching of products.

Nakaya said his firm aims to develop products only available from the Topvalu label, or to create new categories of goods to achieve major differentiation from competitors.

Just about any corporate service you can name is available through outsourcing. Needless to say, there are cost advantages and many managers believe that you can’t go wrong by going to a specialist. It makes sense to rely on them or, as they say in Japanese, mochi wa mochiya—for mochi (glutinous rice cakes), go to a mochi shop.

A Japan Productivity Center survey of 2,300 member firms found that only 35% conducted training of management and leadership in-house, as opposed to more than 60% who utilise outside programmes.

“If done internally, we were concerned that incestuous training would wind up producing people with a ‘frog in the well’ mentality”, said one manager, using Chinese philosopher Laotzi’s euphemism for a person with narrowed perspectives.

The Nikkan Gendai (7 December) looked at in-house staff training and concluded that it is not something which should be delegated to outsiders. Although the outsourced programmes did seem to boost trainee motivation, the results left something to be desired.

“While making possible the reduction of costs, most of the programmes offered are standardised”, said a human resources training consultant. “They are unable to emulate the client firm’s own distinctive style and beliefs, instead possibly even sweeping away beneficial characteristics. Nor can the knowhow they impart be accumulated in the company”.

By contrast, trainers from outside Samsung in South Korea are said to account for just 10%, with the remainder from departments within the organisation. “Employee training is so valued at Samsung that, whenever a scheduling conflict arises between staff training and their jobs, priority is given to the training with no objections raised”, said business journalist Morifumi Mizogami. 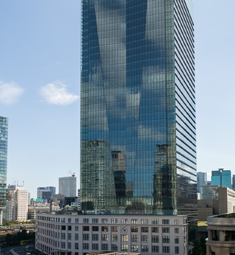 The JP Tower is still about 40% vacant.

Bailing Out of Tokyo

As Japanese industry shifts more of its production abroad, increasingly more firms are giving up their Tokyo headquarters for regional cities, as well as foreign locations.

Over the past 10 years, the Nikkei Business (17 December) reports, 8,823 firms have transferred their headquarters to other parts of Japan. The moves may merely involve shifting the firm’s headquarters from Tokyo to neighbouring Yokohama, as was the case for Nissan Motor Company Ltd. Or they may include the transfer of entire divisions—such as marketing, procurement, research and development—to be closer to production facilities and consumer markets.

Despite the high demand for office space in Tokyo’s Marunouchi district, the 38-storey JP Tower built on the site of the former Central Post Office in front of Tokyo Station—opened for occupancy in May 2012—is still about 40% vacant. In addition, firms in the Mitsubishi Group, which owns a sizable portion of the district’s properties, have been moving out.

Nihon Yusen Kaisha moved its container shipping operations to Singapore two years ago and Mitsubishi Paper Mills Limited, in a move to cut costs and boost competitiveness, moved across the Sumida River to the Ryogoku City Core Building last July.

Relocating overseas offers firms some financial advantages. Compared with Singapore and Hong Kong, with corporate tax rates of 17% and 16.5%, respectively, Japan’s rate is 35.64%. In addition, the monthly housing rent for white-collar staff is comparatively lower in both cities.

Nevertheless, Tokyo still has its attractions. Tadahiro Yoshida, chairman of the YKK Group, told the magazine that his firm’s founder used to spend the first half of each month in Tokyo, and the second in Kurobe. Yoshida is in favour of continuing this policy. “One reason we felt an urgent need to move our headquarters was the Great East Japan Earthquake”, he said. With the completion of the Hokuriku Shinkansen in 2015, Tokyo will be linked to Toyama Prefecture in about two hours, he pointed out.

While the YKK Group will be moving to new Tokyo headquarters, the building will only have a capacity for 800 employees; the others will be transferred to Toyama. Currently about 80% of YKK’s fastener sales are made overseas, which has led the firm’s president, Masayuki Sarumaru, to remark that “the headquarters can be anywhere”.

IC Cards to Be Accepted Nationwide

As of 1 December, an estimated 80.09mn prepaid integrated circuit (IC) cards and other currency substitutes were reportedly in use in Japan.

The Sankei Shimbun (19 December) notes that the most popular of these is Suica (Super Urban Intelligent Card), issued by the East Japan Railway Company. It can be used on all the trains, subways and buses in Tokyo—operated by more than 10 firms with different fare structures—and on Japan Railway trains in the Sendai, Niigata, Sapporo, Osaka, Okayama, Hiroshima, Nagoya and Shizuoka regions, as well as on trains, tube lines and selected buses in and around Fukuoka. This card accounts for about half the IC cards issued.

In a move to boost use of IC cards, some 52 railways, 96 bus firms, in addition to the makers of prepaid PASMO (currently used in the Kanto area) and ICOCA (Kansai area and western Japan), cards will shed their local limitations, allowing them to be accepted nationwide starting on 23 March.

With few exceptions—such as the PiTaPa card, used by private railways in the Kansai region—it will also be possible to use most of the cards at some 200,000 shops.