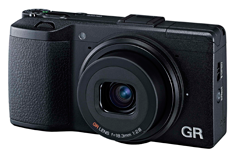 Nikkei Business (5 August) issued its annual review of firms that offer the best post-purchase experience for users of their products and services, based on user satisfaction ratings.


The survey weighs both the number of respondents for each brand against a satisfaction index, as well as whether respondents are disposed to making repeat purchases of the same brand.

Sharp Corporation is rated first in three product categories: smartphones/tablet computers (with an overall satisfaction ranking of 35.6), air conditioners (73.9) and flat-screen TV sets (65.3). The score for TV sets is nearly 20 points higher than the figure scored by Panasonic, in second place.

While the consumer brands that attracted the highest numbers of repeat purchasers did not necessarily match the best annual performers financially, the achievements of such firms with a strong consumer following are also worth noting.

When one of Ito Yokado’s online customers asked Nao Iida, manager of the firm’s store in Omori, why the website no longer carries a type of yoghurt he likes, Iida took action.

He determined that the product was still being stocked in the firm’s bricks-and-mortar stores and offered to include it with the customer’s delivery order.

The Nikkei Business article also emphasised the winning influence of the firm’s policy of inspecting food products before they are delivered. Ito Yokado does this to ensure products’ appearance does not vary significantly from the image of them shown on the store’s website.

In a related development, Sagawa Express Co., Ltd. announced that it will launch a round-the-clock appliance repair service this month, with operations conducted from a depot in Tokyo’s Koto Ward.

The same issue of Nikkei Business also reported that the firm experimented with personal computer repairs back in May. Pickups made within some areas of Tokyo can sometimes be returned the same day.

The firm is planning to expand the service to rice cookers, microwave ovens and other appliances.

The target customers are not individual users, but appliance retailers that typically offer extended product warranties (usually for a fee) beyond that of the manufacturer. By relieving these retailers of the responsibility of operating their own repair facilities, Sagawa can help them reduce costs by 20–30%.

These value-added services are helping transport firms such as Sagawa supplement their revenues, which have declined from their peak in 2008. 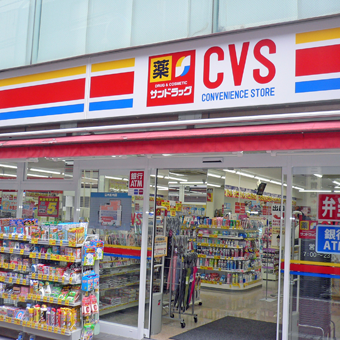 The newest retail incarnation has drugstores evolving into convenience stores, and their low prices are likely to win over a growing number of cost-conscious shoppers, reports Nikkei Business (29 July).

On 13 July, the first branch of the Sun Drug convenience store opened on the north side of East Japan Railway’s Koiwa Station.

An experiment by Sundrug Co. Ltd., Japan’s second-largest pharmacy chain, the new shop’s operating hours are 7am to 11pm. With a total floor area of 220m2, the shop is about double the size of an ordinary convenience store.

As drugstores earn most of their profits from the sale of pharmaceutical products, they typically use low-priced food items and sundry goods to lure customers. A new law that went into effect in 2009 permits convenience stores to sell over-the-counter medication and, more recently, it has become possible to buy pharmaceuticals via the internet.

Mass-market retail chains such as BIC Camera Inc. have also begun offering pharmaceutical items, which has further cut into drugstores’ revenue base.

But now drugstores are adopting strategies to take back business. Both the Aoki chain, based in the Hokuriku region, and the Cosmos chain, based in Kyushu, have started expanding their merchandise selection by offering food items.

With this move, they are challenging convenience stores and supermarkets.

If the new business model appeals to consumers, the article predicts that Seven-Eleven Japan Co., Ltd. and the other convenience store chains might feel obliged to slash the prices of goods they sell.

With more mini-supermarkets in large urban areas also being added to the mix, it is becoming increasingly difficult to label retail stores according to their traditional business type.

An accompanying comparison table in the article shows that the Sun Drug convenience store considerably undercuts the cost of items at Lawson 100 and Family Mart convenience stores. Sun Drug’s prices are closer to those of Ito Yokado supermarkets.

For example, a typical beverage in a 500ml PET bottle costs ¥88 at Ito Yokado, ¥147 at Family Mart, and ¥98 at the Sun Drug convenience store. For certain items, such as cooking oil, cling film and toilet tissue, Sun Drug’s prices even beat those of the supermarket by a considerable margin.

“Photo Antics Harmful, but Not Illegal”

A growing trend this year is for part-time workers to photograph themselves in some outrageous pose on their workplaces’ premises. Once the pictures are taken, the workers post them on the web, where they soon go viral.

One incident occurred on 5 August, when an employee of the Bronco Billy steak restaurant in Tokyo’s Adachi Ward lay face down on some frozen slabs of beef and posed for a photo. He posted the picture with a cheerful caption that read, “Here I am, on the job!”

As reported in Nikkan Gendai (10 August), the employee apologised to the restaurant after the photo went viral, but he was dismissed anyhow.

The firm’s headquarters in Nagoya was said to be mulling filing a claim for compensation, because the restaurant was permanently closed and remaining staff had to undergo retraining. It demanded compensation for the revenue and wages of its workers that had been lost.

According to attorney Kazuhiro Shinohara, however, the worker’s offence was much milder than it would have been had he inserted foreign objects into the food or broken the freezer.

“He only crawled on top of the food and posed with it”, Shinohara said.

Therefore, according to the law, at most he can be charged with contaminating the food with which he made bodily contact.
“What’s more”, Shinohara said, “it’s not as if a customer had run amok and made it impossible to do business; it was the firm’s decision to close the restaurant”.

The Sankei Shimbun reported that, around 9 May, a part-time worker at a Pizza Hut outlet had posted a picture on Facebook that showed his face covered in pizza dough. No store closures resulted, but the employer’s loss of face cost the worker his job.

On 18 June, a similar incident occurred at a Lawson convenience store in Kochi Prefecture. The owner’s son took a photo of himself lying on top of the shop’s selection of ice creams in a freezer.

The web posting of the photo evoked multiple expressions of disgust, and the outlet was summarily informed that its franchise contract would be terminated.

In that case the offender was a family member, but had it been a part-time worker, would the miscreant have been liable for monetary damages?

Only, Shinohara believes, if the employment contract stipulated that the worker would be liable for actions deemed “injurious to the trust” of the relationship between the franchise and the firm’s headquarters. However, such problems are not anticipated among part-time workers and, thus, their contracts rarely have such clauses.

In a follow-up piece in Nikkan Gendai (14 August), Starbucks Corporation was praised for its efforts to train newly hired part-timers. Rather than deliver a scolding for poor job performance, store managers work to instil motivation. Part-timers also receive raises in their hourly pay upon completion of their two-month probationary period.