According to the Nikkei Marketing Journal (8 September), the government and the private sector have jointly created an online campaign to attract visitors from six countries in the South-East Asian region.

The newly launched website is multilingual, with text in English, Thai, Indonesian and Vietnamese.

During the campaign, running from 2 September to 27 December, the site will offer discounted admission tickets and other special deals at participating theme parks.

The website will also link to social networking sites, enabling visitors to post and view photos and videos uploaded by foreign tourists.

According to the Japan Tourism Agency, visitors from Thailand and Malaysia spent ¥130,000 per head on average, some 80% more than South Koreans. The government projects expenditures by all foreign visitors to rise from ¥1.86trn in 2012 to ¥4.7trn by 2030.

It is hoped that these revenues will help compensate for the projected decline in domestic travel demand resulting from Japan’s shrinking population. 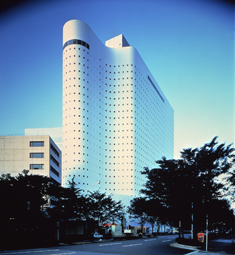 The Shinjuku Washington Hotel was top in the survey.

Shukan Diamond magazine (7 September) has published the results of its survey on the best business accommodation, in which it asked for responses to the following: “Name a business hotel where, in the past three years, you enjoyed a satisfying stay that you paid for using your per-diem travel budget”.

The survey included deluxe hotels, resorts and business hotels, and results were based on data received from 10,000 travellers.

These days, business accommodation facilities manage to deliver more amenities than ever at a reasonable cost, although a room shortage in Tokyo’s 23 wards has led to price increases of ¥500–¥1,000 since last year.

Many of these hotels provide internet access or Wi-Fi in guest rooms, as well as women-only floors.

The article also notes that two new tower-type business hotels are under construction and slated to open in 2015 in Shinjuku’s Kabukicho entertainment area.

One, yet unnamed, will have 970 guest rooms and be operated by Fujita Kanko Inc., which also runs the Washington Hotel chain. The other, tentatively named the APA Hotel Shinjuku Kabukicho Tower, will have 620 guest rooms.

Kitahara has observed a trend for business travellers to prefer accommodation on the west side of JR Shinjuku Station and leisure travellers on the east side, where Kabukicho is located. 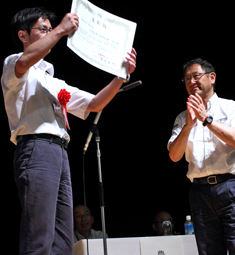 In the past, the prevailing method for improving employee motivation was simple: boost the salary and/or fringe benefits of staff.

A former worker at Panasonic Corporation put it this way: “In the old days, if you had become a division head or above when you retired, a company car would pick you up at the door to drive you to a ryokan [Japanese-style inn]. All your subordinates—several dozen people—would see you off and remain in a horizontal bowing position until the car had vanished from view. When I was young and saw this, I said to myself, ‘For this kind of treatment, I wouldn’t need a salary,’ and was motivated to work as hard as I could”.

But Nikkan Gendai (3 September) reports that times have changed.

For one thing, implementing wage increases isn’t as easy as it used to be. And perks such as entertainment budgets, company cars and personal secretaries are being slashed to the bone.

So, more firms have come up with their own in-house awards system, a practise that is said to have been catching on over the past two or three years.

Nippon Telegraph and Telephone East Corporation (NTT East), for example, has adopted a Maintenance Master award for its linemen.

While some 6,000 such workers are employed by the firm at present, NTT East has been finding it difficult to attract newcomers to fill positions vacated by retirees. The new system is said to have realised a 1.8-fold rise in productivity.

It seems the secret to the success of this programme is to flaunt the award recipient’s achievement before rank-and-file staff.

Toyota Motor Corporation is said to have successfully adopted a similar system. Since initiating its awards in 2009, the firm has scheduled surprise appearances by President Akio Toyoda which has had a huge psychological impact on recipients.

Further, instead of President’s Award, the firm chose to call it the Mori Zou Award, using the name of the president’s chauffeur.

All Nippon Airways’ Excellent Service Award is said to bolster the morale of staff who, among other duties, must bear the brunt of customer complaints. While no monetary rewards are involved, a company director attends the awards presentation ceremony and recipients are treated to a meal.

Other organisations with similar schemes include the Kyoto Century Hotel and the Beauty Salon Moriwaki Co., Ltd. chain.

In addition to bolstering English-language instruction programmes beginning in primary school, Japan’s pledge of omotenashi (hospitality) for the 2020 Olympics is expected to include a budget for a dedicated government sports agency.

The Sankei Shimbun (14 September) interviewed Hiroyuki Yoshiie, a former schoolteacher, who currently serves in the House of Councillors.

He is from Nagano Prefecture and also holds the post of vice-minister at the Ministry of Education, Sports, Culture, Science and Technology.

Yoshiie said he hopes to reinforce English education at the primary school level in preparation for the Games, so that young people will be able to “provide information and explanations about Japan”.

“We want them to be able to talk with foreigners about the spirit of hospitality that characterises Japan”, he said.

Yoshiie said that were a sports agency to be set up, it would dispatch instructors overseas and “take a leading role in funding anti-doping activities”. The agency would include Japan Olympic Committee members and various Tokyo individuals. 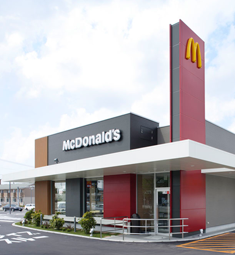 McDonald’s is the fast-food chain visited most by men and women.

Fast food in Japan is served at Western-style restaurant chains and those chains that provide local alternatives, such as the beef bowl served by Yoshinoya food outlets.

The results of a July fast food survey, conducted by Macromill Inc., that polled 1,000 consumers between the ages of 20 and 70, were reported in the Nikkei Marketing Journal (28 August).

The largest group of respondents, 23.6%, said they patronise such places once a month, on average.

This was followed by 21.3% who go to fast food chains two or three times a month.

Younger people, not surprisingly, tend to dine at such establishments more frequently than their elders.

The most popular chain among both men and women was McDonald’s, selected by 79.7% and 80.4%, respectively, of the pollees.

The most common reply by diners in their 60s, given by 42.9% of respondents, was that they dined with their spouse.