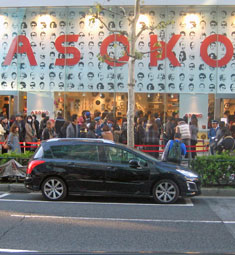 Crowds lined the streets on 30 November to enter the Harajuku Asoko outlet.

The word zakka is generally translated to mean miscellaneous goods or sundries. On 27 September and 2 October, two new shops specialising in such items opened in Tokyo’s Aoyama district.

Their names, reports the Nikkei Marketing Journal (1 November), are Asoko, which opened in Harajuku in September, and Flying Tiger Copenhagen, which opened in Omotesando in October. The Tokyo store openings followed on the heels of the launches of affiliated stores several months earlier in Osaka.

Some 15,000 people visited the new Asoko outlet during its first two weeks in business. The prices of most of its merchandise range from ¥100 to ¥500.

Flying Tiger Copenhagen’s price range is fairly similar, and the store is said to introduce some 100 new items each month.

This new category of goods has been nicknamed “fast sundries,” a nod to the fast food industry and fast fashion retail sector, which includes such major players as Uniqlo.

One thing that characterises both of the latest Tokyo shops is the fashionable manner in which merchandise is displayed.

In the case of Asoko, one sample of each item is set on a white table, somewhat resembling the manner in which items are shown in an art gallery. Customers wishing to purchase one of the display items can collect from a rack below the sample goods.

The Nikkei reviewer writes, “With such emphasis on tasteful design, these two stores don’t convey the image that they are selling low-priced goods”.

The parent company of Flying Tiger plans to eventually open 50 outlets, each with floor space in the range of 300–500m2. Asoko has also set a target of establishing 50 outlets within the next three years.

This year will be remembered for, among other things, the proliferation of burakku kigyo (black firms).

While this term is not specifically defined, it usually refers to firms that pay low wages, demand long working hours without compensation for overtime, and tolerate or encourage “power harassment” of their workers.

But author Ryu Nitta says a better definition might be firms at which top management has no desire to reward workers, and where Japan’s labour laws are knowingly violated.

Citing data from the Ministry of Health, Labour and Welfare, the Nikkan Gendai (31 October) lists the business sectors in which staff leave their employers within three years of being hired.

In descending order (with percentages in brackets), they were:

Why is personnel turnover at hotels and restaurants so high?

“Due to the spread of reservations via the internet, the hotel industry is caught in a price-cutting war. There are efforts afoot to slash costs; even reception desk staff are being made to perform cleaning tasks, and shift assignments are also very demanding”, said Rumi Sato, a former editor at a magazine for classified job ads.

She also pointed out that the food and beverage industry has always suffered from high worker turnover.

But, apparently, many of the industry’s employees take short-term jobs to improve their skills and then move on to better positions in the same field, so not all such businesses are necessarily “black”. 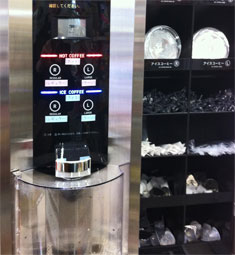 Crowds lined the streets on 30 November to enter the Harajuku Asoko outlet.

The average coffee consumer in Japan drinks 10.73 cups a week, according to data from the All Japan Coffee Association.

Nearly half of that is consumed in the form of instant brews. Based on International Coffee Organization statistics, Japan is the fourth-largest consumer of coffee in the world, after the US, Brazil and Germany.

Coffee demand grew 6% in the first eight months of this year. Part of that growth can be attributed to automated coffee dispensers that have been installed near the sales counters of a growing number of convenience stores.

By the end of September, Seven-Eleven had achieved sales of 200mn cups, and projected it would sell 450mn coffees in 2013—making it likely to become the top-selling convenience store chain for coffee sales in the nation.

Even if the quality of the coffee isn’t up to the level of that available at cafés, people can buy it nearby, round the clock, the article said.

The winner among Nikkei Trendy magazine’s best 30 products and services for 2013 is “convenience store coffee”.

Nearly all of Dydo’s sales are from vending machines. He added that as a result of a major advertising and PR campaign, sales had increased 1.2%. 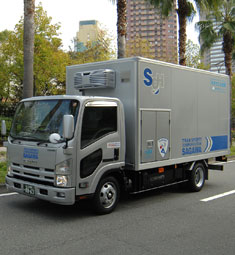 In 2012, total revenues for mail order sales in Japan exceeded ¥5.4trn. Along with the growth in sales has come an increase in items returned.

Certain mail order items tend to have higher rates of return than others. In Japan’s case, items of clothing approach 4.9%, followed by accessories and jewellery at 4.7%.

Overall, for every 100 items sold, two or three, for whatever reason, are returned to the seller.

Comparing the flow of mail order items from business to customer with blood in the arteries, Nikkei Business (30 September) equates this reverse flow of goods with “veins”. The return of goods to sellers is a function that is increasingly being filled by Sagawa Express Co., Ltd.

Sagawa, which competes fiercely with such rivals as Yamato Transport Co., Ltd., has been finding new ways of helping cost-conscious mail order firms hold down costs.

For example, Sagawa can produce shipping vouchers and disburse refunds to customers. In the case of recalls, for reasons such as product flaws or hazardous goods, it will also set up a call centre for customers and notify them directly about the need to collect the faulty goods.

In some cases, drivers will even perform simple maintenance on personal computers.

Undertaking these tasks on behalf of its corporate clients, Sagawa has roughly doubled its revenues over the past five years. “We have affected businesses’ positions in terms of the way companies sell goods or make recalls”, said President Hideo Araki.

Experts in the mail order trade foresee the percentage of product returns in Japan increasing, and even eventually approaching the roughly 30% return rate that is common in North America and Europe.