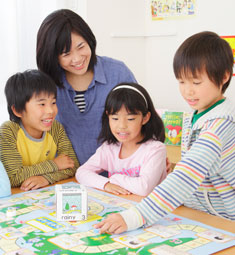 Benesse Corporation expects nearly half of its new English classes for children will be held at dealerships.

Several years ago, car dealerships in Japan were reportedly setting up corners where toddlers could romp while their parents discussed body colours, optional accessories and payment terms with sales personnel.

Now, reports Nikkei Business (16 December), these same businesses have gone a step further, by offering space on their premises for classes in conversational English.

By April 2014, at least 86 such “classrooms”—providing instruction to more than 1,000 pupils—are expected to be operating nationwide. The classes are organised and overseen by educational materials manufacturer Benesse Corporation.

The firm initiated the project two years ago, as part of its expansion into the English-teaching market for children. Benesse plans to add another 700 schools to its current 1,300 by 2018, with 30% to 40% of these new facilities expected to be on-site at dealerships.

“Auto showrooms have become established in the local community as places that are bright and safe, and they also have parking areas for dropping off and picking up children”, said Benesse division manager Arata Yamamoto. “We thought if the dealers would rent to us, such spaces would be ideal”.

One possible stumbling block to the initiative was the low tuition fee charged by Benesse, about ¥5,777 a month. This made it difficult to pay a substantial amount for room rental.

But a consulting firm serving as a middleman persuaded a joint Honda–Toyota dealership in Nagoya to give the project a try, and the first classes got under way in October 2011 on the premises.

The business model then spread to Aomori, where Akira Yasuda, president of a dealership chain, explained, “One thing dealers have in common is that showrooms aren’t busy on weekdays. We wanted to do something to liven them up. By having the students and their parents come here regularly, it helped boost employees’ awareness of omotenashi (spirit of hospitality) and achieved visible results”.

Each January, young people in Japan who turned 20 the previous year traditionally observe Coming of Age Day, a national holiday. Now, however, debate is under way regarding revising the civil code, to lower the official age of adulthood from 20 to 18.

How do the teenagers who would be affected by this ruling feel about it?

According to the nationwide Yoron survey of 5,000 men and women aged 18 and over, conducted by the Public Opinion Research Center under the authority of the Prime Minister’s Office, 77.5% of respondents said they were unaware such a debate was taking place. The percentage of such responses was 3.2 points higher than in a Yoron survey taken five years earlier.

While unaware of the debate, 69.8% of respondents said they were “concerned” over the possibility that the age of adulthood would be lowered by two years, but this figure showed a decline of 5.6 percentage points from five years ago.

As of now, the Liberal Democratic Party-led ruling coalition has issued guidelines to reduce the voting age to 18 in four years’ time.

As for changing the age of legal consent to purchase high-priced items such as automobiles, 79.4% of respondents said they favoured leaving the current age of 20 unchanged. 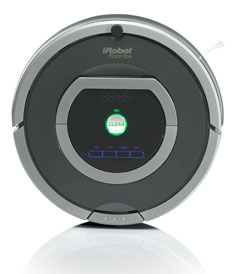 Elderly people like the Roomba vacuum cleaner because they don’t have to bend over to plug it in.

The Japanese term for post-war baby boomer, dankai no sedai (cluster generation), was coined by economist Taiichi Sakaiya in an eponymous 1978 work of nonfiction.

The dankai, born between 1947 and 1949, number some 8mn, and their preferences as consumers are of major interest to marketers.

“With the rise in stock values brought on by Abenomics, moreover, these people have increased the total worth of their assets. That said, there are fewer services in Japan aimed at elderly people than there are in the UK, the US and other countries”.

Perhaps as a result, this group tends to prioritise spending on two things in particular: health and medical care, and travel.

“If, for example, someone were to come up with ‘health tourism’ packages combining stays at hot spring resorts with therapy, the idea would really take off”, Oshikubo said.

What else are the dankai purchasing?

The Subaru XV Crosstrek Hybrid, for one, which was released last June with a sticker price of around ¥2.5mn; 29% of buyers are said to be over the age of 60.

The Mercedes-Benz C class series, which includes vehicles priced below ¥3mn, is said to have a six-month lead time for delivery of orders, according to a dealer in Yokohama.

Veteran planners at the JTB Corporation Royal Road Ginza travel desk have been designing custom overseas tours, such as a 10-day jaunt to Costa Rica for bird watching (around ¥700,000).

The Roomba vacuum cleaner from America’s iRobot Corporation is said to be in strong demand, with its main appeal that elderly users don’t have to bend over to plug it in. “Just to be spared that effort, they’re willing to pay tens of thousands of yen more”, an appliance retailer said.

In another encouraging sign of this segment’s economic vitality, the article noted increased demand for Viagra, Cialis and other medications for erectile dysfunction. According to Nippon Shinyaku Co., Ltd., which manufactures the Cialis drug under a licensing agreement, demand during the first half of 2013 soared 15.8%, to ¥1.9bn in sales. 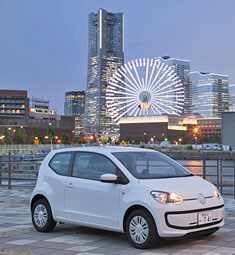 The Volkswagen up! is one of three foreign products on the annual list.

As it has since 1971, the Nikkei Marketing Journal (4 December) issued its annual list of the year’s most popular products. The list is written as a sumo-style banzuke (rankings sheet written in brush strokes), with the yokozuna (grand champion) at the top.

The champion of the east is convenience store coffee, and that of the west the popular NHK morning drama Amachan, shot on location in rural Iwate Prefecture.

The list contains only three products of foreign origin: Rolex watches, ranked komusubi (sumo’s fourth rank); the Volkswagen up! compact car, 15,000 units of which had been sold since its October 2012 launch in Japan; and New Balance running shoes, which reported sales gains of 30% to 40%.

For the buzzword of the year, the publication gave its nod to “Abenomics”. And the booby prize went to the food and beverage industry workers who were revealed to have engaged in deceptive labelling of menu items.

Among its predictions for 2014, the thrice-weekly retailing and distribution journal includes major gains by Tokyo International Airport (Haneda), both in terms of passenger traffic and nearby hotel accommodation.

The publication also mentions the new, 300-metre high Abeno Harukas commercial complex in south Osaka that will officially open on 7 March, which is expected to become the Kansai equivalent of Tokyo Skytree. Also in Osaka, Universal Studios Japan will open a major new attraction based on the Harry Potter series of books and films.