In an Asahi Shimbun “Nayami no soudan” (personal advice) column in September, a female manager in her 40s poured out her woes about a subordinate who snacked on bread throughout the workday.

“If I don’t eat something I’ll die”, was his excuse. “It’s a physiological thing”, he insisted. “I simply can’t control it”.

Moreover, whenever the worker’s supply of coffee ran out, he would leave the office to replenish it, even if it meant having an hour deducted from his accrued paid leave.

Unfortunately, advising such an eccentric member of staff to resign was not an option.

“At our company, such a manager would have his or her job assessment reduced by two points”, an HR manager at a large manufacturing firm told Nikkan Gendai (15 September), adding that each point deducted chops 5% off the individual’s basic income.

“The 10% cut also would apply to bonus payments. Moreover, if two people in a department resign within the same year, the cuts would be equivalent to a demotion,” he added.

Such policies leave managers with no alternative but to keep the eccentrics on board, and find ways to steer them towards more productive behaviour.

An IT sector mid-level manager, named Yamamoto, finally allowed a staff member in his third year at the firm to conduct his first presentation—even though other staff members repeatedly insisted he lacked the self-confidence to perform the task.

Nevertheless, on the day of the presentation (a Friday), he came through with flying colours.

“Great job”, Yamamoto told him. “When you come back on Monday, keep up the good work”.

And that was the last time the worker showed his face in the office. It seems that, during the two days he had to reflect on his work over the weekend, the sudden increase in pressure was too much for the employee.

And poor Yamamoto-san, who had done nothing wrong, was nonetheless forced to take a wage cut.

The article suggests that some younger workers, knowing the system unfairly penalises managers, may use threats of resignation to manipulate situations to their own advantage.

If that’s the case, it concludes, then firms will need to plug the holes in their rules, or they very well may lose good managers as well.

What’s So Bad about North Kanto?

Conducted earlier this year, the survey attracted 30,375 respondents, who were asked to rate the brand image of Japan’s 47 prefectures.

Ibaraki Prefecture, which had been placed last in the previous four polls, moved up one position to 46th. In 44th place was Tochigi, with Fukushima coming 43rd. Of the five prefectures ranked lowest, all but one—Saga Prefecture in Kyushu—were situated north-east of Tokyo.

The rankings were determined by points allocated for “overall appeal”, “desirability as a place to live”, and “intention to visit for sightseeing”.

The top five prefectures, by contrast, were well-distributed around the country. In descending order from 1st place are Hokkaido (top for four years running), followed by Kyoto, Okinawa, Tokyo and Nara.

The newspaper points out that the low rankings for north Kanto might be due to the prefectures’ proximity to Tokyo. Certainly being overshadowed by the capital city makes differentiation more difficult.

Gunma Prefecture, for example, boasts numerous popular tourist attractions, including a famous mineral hot spring—Kusatsu Onsen. The area is also well known as a producer of onions and konnyaku, a jelly-like food made from the starch of the devil’s tongue plant. Nevertheless, Gunma has been unable to parlay its numerous strengths into a positive name brand.

Nagano Prefecture, which borders Gunma, has seen its star ascend in recent years. The prefecture has moved from outside the top 10 in 2009 to seventh place this year.

The March 2011 nuclear accident appears to have had considerable impact on Fukushima Prefecture’s already weak rating as a desirable place to live. The prefecture fell from 28th place in 2010 to rock bottom in 2011, where it remains this year.

Fukui Prefecture, home of the Ohi nuclear reactor that was restarted at the beginning of summer this year, fell from 40th place to 46th in the survey. 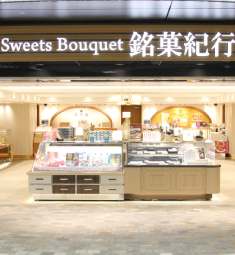 As the value of commercial properties continues to plunge in urban areas—0.8% year on year (YoY) in the nation’s three largest urban areas—the Nikkei Marketing Journal (21 September) appears to have found a formula that is resisting the trend.

The one exception, it seems, is at spots where railway station buildings have been redeveloped.

Of the top 10 areas reporting increases in land values, several have played host to major redevelopment projects. Perhaps the best known is the area in Tokyo’s Sumida Ward, around the Tokyo Sky Tree. The value of land in the area has seen the second-highest hike nationally (at 9.8% YoY).

Other areas reporting sharp increases in value include the area in front of Musashi Kosugi Station in Kawasaki City, Kanagawa Prefecture (up 7.3% YoY); and the area adjacent to JR Hakata Station in Fukuoka, Kyushu (up 5.4% YoY).

The thrice-weekly newspaper also noted that the residential areas closest to redeveloped railway stations, such as the Terrace Mall Shounan in Fujisawa City, Kanagawa Prefecture, and the above-mentioned Musashi Kosugi in Kawasaki, also appear to have benefited in the form of higher assessed property values.

Needless to say, the ekinaka kakumei (in-station revolution) is almost certain to cause a rise in consumption at the newly renovated Tokyo Station.

Beyond the red brick façade on the venerable Marunouchi side of the station, the newly opened Central Street ground-floor shopping area is already drawing large crowds.

Cleaning Up the Market

The Nikkei Marketing Journal (14 September) reports that Dyson vacuum cleaners will double their share to 10% of the Japan domestic market over the next five years.

Nobuhiro Asano, president of Dyson Japan, announced that the firm’s sales in Japan are now ranked third worldwide, after those in the US and the UK, and are the fastest growing of the three.

The firm plans to bolster sales through mass retailing outlets and via the Internet.

At a six-day hands-on promotional event held in Tokyo’s Omotesando area, the firm paraded its latest models, including a stick-type rechargeable vacuum cleaner. Prices range from ¥59,800 to ¥92,800.

“On a monetary basis, Dyson’s domestic share is 13%”, said Asano, who credits this to the models’ retail price which exceeds the industry average.

About 60% of Dyson’s sales are via mass retail shops and around 20% are via mail order, including TV infomercials.

Promotional activities are focusing on orientation sessions to familiarise sales staff at mass merchandisers, and production of videos that will give consumers a better understanding of the products’ features. 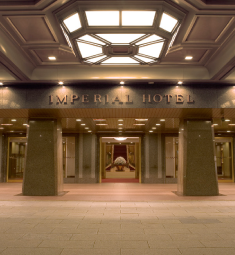 What is remarkable about the top 10 hotels is that only one—the Imperial—is located in Tokyo, while three are in Chiba, two in Yokohama and two in Osaka. 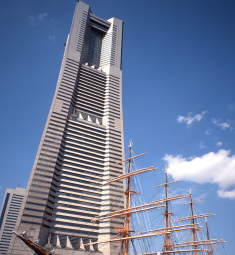 When asked, “Where would you like to stay in the future?”—regarded as an indicator of familiarity—the respondents showed a preference for established brands and foreign chains.

Undisputed and crowning the list is the Imperial Hotel Tokyo, with 2,417 points.

In satisfaction scores, the Imperial was placed in the top 10 by every age demographic except males in their 20s.

Along with its 122-year history, a key factor in the Imperial’s popularity, may be its food and beverage services, which were ranked top nationwide.

The business weekly’s article notes that a new hotel war is likely to heat up in 2014, when several high-class hotels, now planned or already under construction, will open for business.

This is also likely to see greater efforts, by both the government and private sector, to promote the flow of tourists from abroad.