Fears concerning radioactivity released from the Fukushima Dai-Ichi Nuclear Power Plant since the 11 March triple disasters have been blown out of all proportion, according to a leading British professor of physics. He has also said that ordering thousands of people to evacuate their communities will cause far more serious physical and mental damage to local residents than might result from leaks of the plant’s radioactive matter.

Professor Wade Allison, who has taught at Oxford’s Keeble College, spent several days in early October in Fukushima, where he met local officials and residents. He came away with a strengthened belief that current official limits on radiation levels are “unreasonable”.

“The real problem is fear”, said Allison. “For historical reasons, we have had this idea that radiation presents an extraordinary danger, but I would dispute that”.

Fear of radiation is rooted in the fact that the implications of a nuclear holocaust were put across very graphically during the Cold War, he pointed out. Since radiation cannot be seen, we worry that it has contaminated our food supplies.

Yet the threat posed by radiation depends on the dosage and the period of exposure, said Allison, whose book, Radiation and Reason: The Impact of Science on a Culture of Fear, came out in 2009 and was translated into Japanese after 11 March.

He points out that positron emission tomography (PET) scans, which emit gamma rays to map internal organs—often the brain—give a dose of 15 millisieverts of radiation in a matter of a few hours. A CT scan delivers between 5 and 10 millisieverts.

On 27 July, the Japanese government set a limit of 500 becquerels per kilogramme of meat, meaning that a person would need to eat 2,000kg of contaminated meat to receive the same dose as is delivered by a single PET scan.

“I would say that any concerns here would be unreasonable”, said Allison. “I’m not saying it’s not dangerous, as cancer can be deadly, but so then can fire”. 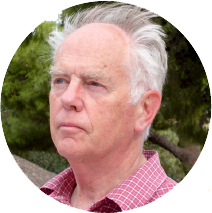 Statistics prove his point: The mortality rate was very high among fire fighters, who were the first on the scene of the Chernobyl nuclear accident in April 1986 and who were exposed to more than 4,000 millisieverts. No fewer than 27 of the 47 who died in the immediate aftermath of that disaster succumbed to acute radiation syndrome. But, Allison points out, no worker who was exposed to 2,000 millisieverts or less has died of radiation exposure.

“At Fukushima, 30 workers have been exposed to between 100 and 250 millisieverts and that’s not enough for us to expect them to die [of radiation exposure]”, he said. “And if there were going to be deaths from acute radiation syndrome at Fukushima, then we would have seen them already”.

Similarly, people being treated for cancer are treated with high doses of radiation on a daily basis, he pointed out. When a tumour is bombarded with 2,000 millisieverts, inevitably the surrounding tissue, cells and organs are affected by as much as half that figure, but research has shown that human cells can recover from that amount of exposure in time for the next round of treatment.

“Radiotherapy emits 20,000 millisieverts that can be tolerated by a patient every month”, he said. “A limit of 20 millisieverts per year is an unreasonable criterion for evacuation because that is at least as traumatic for the community, for old people and for residents’ livelihoods as radiotherapy treatment.

“Radiation safety at the expense of the natural health and well-being of a community is unjustifiable and the wrong balance”.

Studies on the survivors of the atomic bombings of Hiroshima and Nagasaki bear out his beliefs, with statistics on people exposed to less than 100 millisieverts of radiation contracting cancer so miniscule as to be impossible to measure.

“It is very unlikely that anyone exposed to radiation from Fukushima will die from it in the next 50 years”, said Allison.

“But the mental health, self-confidence and livelihoods of hundreds of thousands of people in Fukushima is being put in danger by tight food and evacuation regulations”, he said. “Appeasing fear has the opposite effect.

“Radiation is not a threat to mankind, but there is a long list of things that are”, he added. “We need fresh education to explain radiation to more people in simple terms and to remove the stigma. We should use nuclear radiation for the benefit of society”.