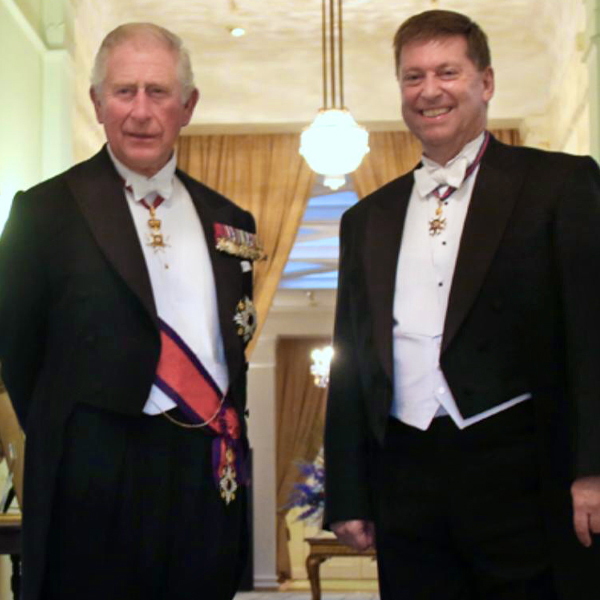 Over the past few weeks, we have had their Royal Highnesses the Prince of Wales, the Princess Royal and the Duke of Sussex (Prince Harry) staying at our Residence. Normally, this sort of thing comes along very rarely in a posting, so to have them all in quick succession was a real privilege. They attracted huge coverage in both traditional and social media, and really drew attention to the UK.

Prince Charles was here for the Emperor’s enthronement. There have only been three enthronement ceremonies in the past 100 years, so I felt very lucky that one happened on my watch. Dressed in white tie and tails, I accompanied His Royal Highness to the Imperial Palace to watch a ceremony rich in tradition and dignity. At one stage, it was so silent that the only sound you could hear was the swish of the silk kimonos gliding along the tatami-mat floors. I attended a banquet hosted by Prime Minister Shinzo Abe where, every time you turned around, another famous interna­tional Royal or politician hove into view.

In the run-up to the enthronement, I was privileged to be invited to attend the Kannamesai Festival at Ise Jingu Shrine, the most important annual event there, where the new rice harvest is offered to Amaterasu, the sun goddess. This year was particularly important as the first of the new Reiwa era. Their Imperial Majesties will visit the shrine in November after the Daijosai Great Thanksgiving Ceremony.

Prince Charles visited the Nezu Museum, taking in both the stunning Japanese garden and the Beautiful Lives exhibition, which features birds and flowers in Japanese and East-Asian Art. Then, at Zojoji Temple, he saw a large-scale model of the Taitoku-in (Shogun’s Mausoleum) which had been gifted to the Royal Family after featuring at the Japan–British Exhibition of 1910 at White City, London. It was returned to Japan on loan in 2015 and is on public display.

On board HMS Enterprise, a Royal Navy hydrographic survey ship, at Harumi Pier Tokyo, he met leaders in campaigns to address climate change and tackle the problem of ocean plastics. He dropped into the Welsh training camp to wish the team good luck in their semi-final. I hosted a large reception for him in the Residence garden, where he met many people involved in the UK–Japan relationship—from sport and culture to government and business—and graciously took time to chat to all of them.

My garden was also the scene for a memorable performance by the Band of the Grenadier Guards, for Armed Forces Day. Many of our guests commented on how stirring it was to see them marching up and down the lawn in their splendid red uniforms and black bearskins.

Princess Anne was here mainly as patron of Scottish rugby, but also visited the equestrian facilities for the Tokyo 2020 Olympic and Paralympic Games, as she is a member of the International Olympic Committee. She went down to Yokohama to attend a church service and lunch for the Mission to Seafarers, met volunteers with the Riding for the Disabled Association, and laid a wreath at the Hodogaya War Cemetery. 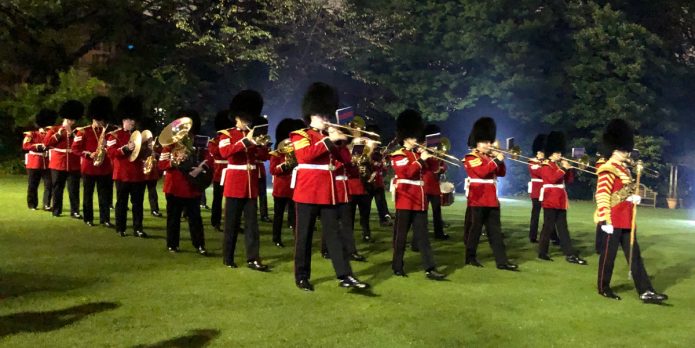 During the Princess’s visit, Japan was struck by Typhoon Hagibis. In Tokyo, we saw the force of the high winds and heavy rains, and some rugby was cancelled, but the worst effects were felt elsewhere. With so many British fans here for the rugby, the Embassy went into crisis watch mode. Although, tragically, about 90 people were killed, there were no British casualties.

A great festival of rugby

It was very exciting to have the Duke of Sussex in Japan for the Rugby World Cup final. Sadly, after a thrilling performance against New Zealand that raised all our expectations, South Africa proved just too strong for England. But what a wonderful six weeks of rugby we had seen. Japan proved a superb host, from the professional organisation to the omotenashi welcome from volunteers in cities all around the country. And the verve and energy with which the Japanese team played won them fans all around the world, not least the 60 million people—55% of Japan’s population—who watched their last match. Huge numbers of British fans came for the tournament, including representatives from national and local government. Our consular awareness campaign and deployments to the various Fanzones and stadia seemed to work well, and the World Cup passed off enjoyably and, mostly, without incident for our visitors. 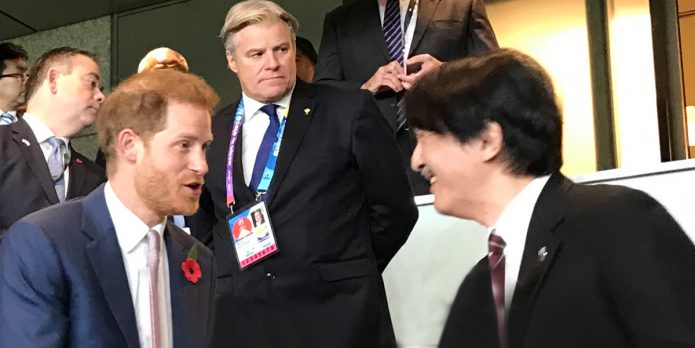 Land of Hope and Glory

The Tokyo Metropolitan Art Museum is currently presenting a great exhibition entitled Masterpieces of Impressionism from the Courtauld Collection in London. It’s a chance to see Manet’s famous A Bar at the Folies-Bergère, which, I noticed for the first time, features on the counter a bottle of Bass beer, with its distinctive red triangle that, I subsequently learned, was Britain’s first registered trade­mark. Catch it while you can—in the New Year it moves on to Nagoya and Kobe.

We attended the annual awards ceremony of the Praemium Imperiale, sometimes described as the Nobel Prize for culture. Lord Patten is one of the judges. This year, we were pleased to see British-Palestinian artist Mona Hatoum among the winners.

The BBC Scottish Symphony Orchestra brought the Proms to Japan for the first time. We attended a very memorable Last Night at the Orchard Hall at Bunkamura in Shibuya, where the entire audience was a sea of waving Union Jack furoshiki, as we all sang “Land of Hope and Glory” and, for a Japanese audience demographic who grew up with the Beatles, “Hey Jude”. It felt like the climax to an extraordinarily hectic, exhausting, but memorable autumn.

What a busy year 2019 has been in Japan, and 2020 looks set to be equally active. Sarah and I, and the staff at the British Embassy Tokyo and the Consulate General Osaka, send all ACUMEN readers our best wishes for the Christmas season and a Happy New Year. 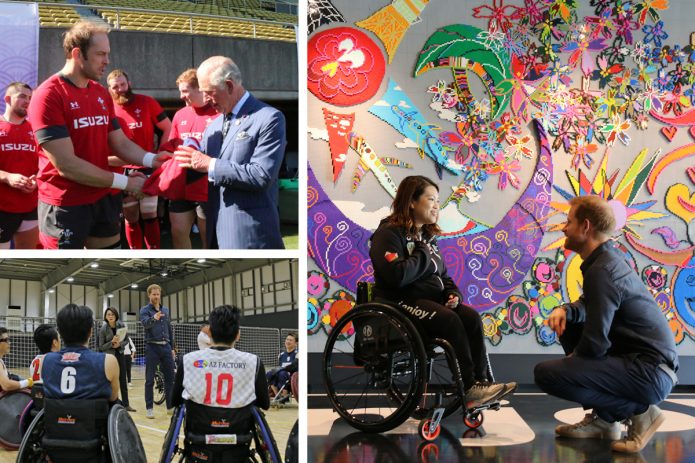 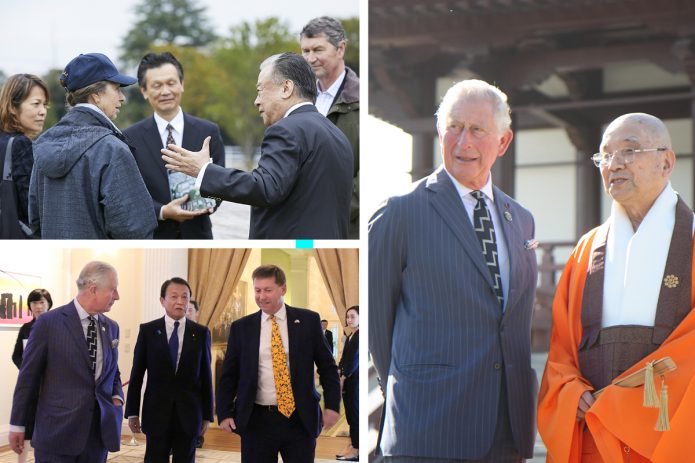