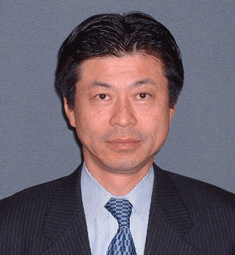 The ninth annual Access to Success—Doing Business in Kobe promotional seminar introduced the superior working and living environment of the Hyogo-Kobe area.

Organised by the City of Kobe and the Japan External Trade Organization (JETRO) Kobe, the event outlined the variety of ways in which the city of Kobe can support foreign and foreign-affiliated firms operating there.

Kobe City is well recognised among foreign and foreign-affiliated firms, with 237 such businesses located in the city, including Nestlé and pharmaceutical firm Eli Lily Japan K.K.

Kobe has seen major developments due to trade with, and investment by, foreign organisations. Its many partnerships with cities worldwide has helped diversify its cultural climate and promote exchange with foreign cities and firms.

Today, about 44,000 non-Japanese from over 124 countries live in the foreigner-friendly city.

Nestlé, the world’s leading nutrition, health and wellness firm, has local subsidiaries in more than 100 countries and has been operating in Japan since 1913, when its Yokohama branch office was opened.

In 1922, the firm moved to the city of Kobe, where many international traders and foreign settlements were located that would, it was believed, help to develop business within Japan.

They were right, and the firm has been operating in Kobe and expanding ever since.

According to findings of the Brand Research Institute, Inc. published in September 2012, Kobe is ranked number one among Japanese cities where people would most like to live.

Firms located in the area benefit from an exceptional business environment. In addition to good geographical conditions, there is a superior research and development environment that includes access to the K supercomputer, in addition to excellent software support, according to Masaaki Muramoto, executive officer of public affairs at Nestlé Japan Ltd.

“The city has a very different environment to that of Tokyo”, Muramoto said.

“Because it is compact, our employees benefit from shorter commuting times, among other things”, he added.

Moreover, there are excellent transport links, including access to three airports, an extensive road network, and numerous rail links. These facilities make the area easily accessible from both within and outside Japan.

Residents can enjoy a healthy lifestyle, appreciating the largest area of parkland of any major Japanese city, as well as the natural beauty of the surrounding sea and mountains. Golf courses, onsen and hiking trails are all easily accessible from the city centre.

If that is not enough to persuade one to move to Kobe, there is yet another lure: foreign-affiliated firms that set up business in the area receive preferential treatment. They are entitled to an office rent subsidy of 50% for a maximum period of three years.

In addition, the city helps firms new to Kobe by offering support through organising business matching and pan-industry social events.

In terms of the issues involved in attracting foreign skilled workers to Kobe, non-Japanese tend to choose Tokyo as their first port of call when coming to the country.

Muramoto believes that the city of Kobe needs to better prepare the environment to attract more foreigners, as well as tackle the issue of diversity in the workplace.

To this end, as well as recruiting Japanese graduates from local universities, the firm hires people of different nationalities with diverse backgrounds, Muramoto explained.

He certainly hopes that, after almost a century of flourishing business and the good life in Kobe, Nestlé will be just as successful over the next hundred years.