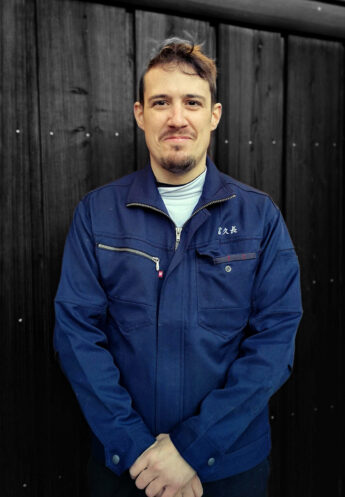 Sake, a traditional alcoholic beverage made by fermenting polished rice, is a staple in Japan. The number of sake breweries and brands in the country is impressive, ranging from convenience store favourites, such as One Cup Ozeki, to Juyondai, which is considered to be one of the most sought-after sake brands.

For those who are less familiar with the tipple, trying to understand which sake to choose can be daunting. Selecting the wrong one can leave a lasting negative impression. One Briton who has been providing information about the world of sake to English speakers is Andrew Russell. BCCJ ACUMEN spoke with him about his website, Origin Sake; his life as a sake brewer; and how he came to find his passion for the traditional Japanese drink.

Could you tell us about your background?

I was born and raised in a small town on the outskirts of Edinburgh. When I finished senior school, I took a job working for a BMW franchise in the city centre and enjoyed 12 years working in sales. However, in my late twenties, I had lingering regrets about having started work at a young age and felt that I had missed out on the good experiences that many of my friends had enjoyed at university.

What brought you to Japan?

As I had long had an interest in Japanese culture, I made the decision to apply for a working holiday visa and intended to stay for a year before deciding upon a plan for my future. After arriving in Japan, I quickly realised that not having attended university also put me at a great disadvantage for finding work. Therefore, as soon as I returned to the UK, I put all my efforts into enrolling at the University of Edinburgh, where I would later be accepted on their Japanese Studies programme.

How did your initial interest in sake start?

University was really the beginning of my fascination with sake. Each year at the University of Edinburgh they hold a special event called Innovative Learning Week. Classes are suspended and replaced with cultural events appropriate to your department. As I was the only mature student in my class, I quickly realised that my interests were somewhat different from those of most of the other students, many of whom had suggested events such as anime, manga and gaming.

As some of the students were jokingly calling the event Innovative Drinking Week, I decided to apply for funds to hold a sake tasting, and to my surprise it was accepted. I quickly found myself having to study so I could at least appear to know what I was talking about.

Having done all the work to prepare for the event, I decided to also write my dissertation on the future of the sake industry. One thing led to another, and before I knew it, I was completely fascinated and did everything I could to track down more books and resources on the subject. 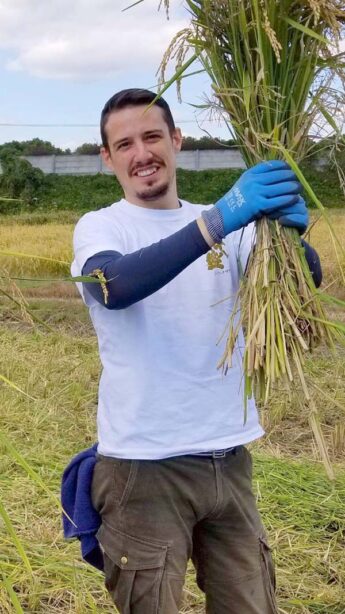 Could you tell us a bit about Origin Sake?

On graduating in 2016, I moved straight back to Japan to work for a large company in Kyoto. However, the long hours made it almost im­possible to make new friends, and I soon realised that I simply didn’t enjoy working for a large Japanese corporation.

After a fairly lonely few months I finally plucked up the courage one night on my way home from work to go into a Japanese izakaya (informal Japanese bar) that specialised in sake. I was overwhelmed by the extensive menu, all written in Japanese, so the bartender took pity on me and recommended one made by a famous foreign master brewer from the UK called Philip Harper.

What I tasted was like nothing I had ever tried before, and it had an indelible effect on my future. Not only did I so much want to tell everyone about what I had tried that I started Origin Sake—this was in the form of a tweet—but I was also determined one day to follow in [Harper’s] footsteps and try brewing. In a way, that decision to enter the izakaya completely changed the course of my life.

What have been some of the highlights while working on Origin Sake?

As I mentioned earlier, Origin Sake began with a simple tweet. However, because of my privileged position of being based in Japan, with numerous fantastic breweries on my doorstep, I decided I wanted to provide a resource for people interested in sake from the perspective of a brewer rather than a promoter. This led to me starting a blog, followed soon after by a website.

There have been numerous highlights during the process of researching the topics I write about, but the biggest of them all has been getting to know some of the fantastic people who work in the sake industry. It’s a relatively small community now, but it seems to grow every year, while the passion that most of these people display is infectious. Getting to know some of them personally has also led to new interests, two notable examples being my recent fondness for Japanese pottery and haiku. Both are a perfect fit with the imbibing of sake. 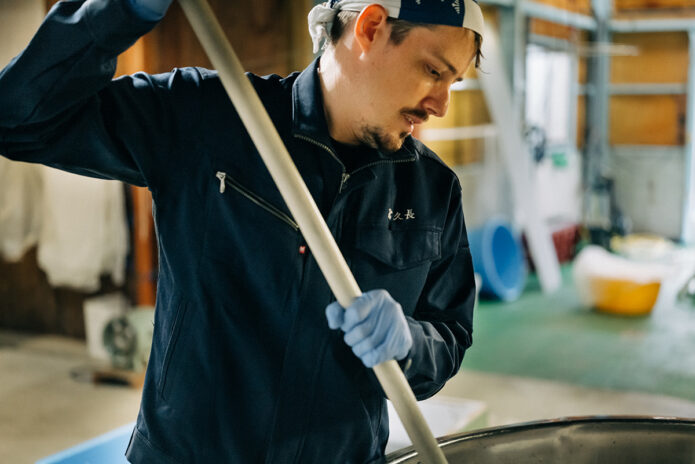 Can you tell us a little more about your time as a sake brewer?

It’s safe to say that becoming a sake brewer has completely changed my life. It’s not a regular nine-to-five job by any means, and during the brewing season it is all-consuming. There are great sacrifices that need to be made, most notably having to put your social life on hold for half the year every year.

However, the rewards are more than worth it, and the satisfaction that comes from serving sake you made during the winter to friends and family is undoubtedly the highlight of being a brewer.

What are your hopes for Origin Sake?

I plan to continue writing for Origin Sake, and I also hope to do as much as I can to dispel some of the pervasive misconceptions that I believe are hindering sake’s progress overseas. To this end, I started a sake podcast called Sake Deep Dive last year with a fellow enthusiast. It differs from most other sake podcasts in that it is aimed squarely at advanced learners. I do, however, have to balance my work with Origin Sake and the podcast with my job in the brewery. The latter pays the bills, and I have no real desire to monetise my website. If I did, I really think it would lose its original remit of being an impartial resource. If people continue to enjoy it in its amateur form, then I will be satisfied that it’s worth the effort. 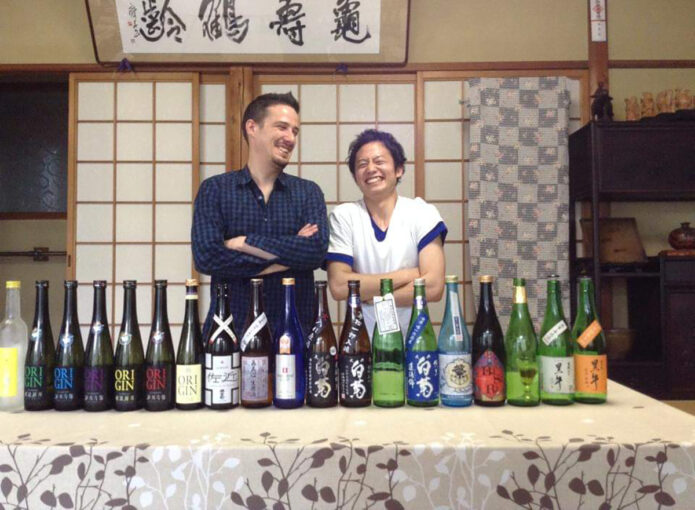 Is there anything you would like to tell readers of BCCJ ACUMEN?

All I would like to say, and what I hope is evident throughout my website, is that the most important thing with sake always is to keep an open mind. There is no such thing as “the best type of sake”, and what is good and bad is purely subjective. If you are interested in sake, my advice is to try as many different types as you can, to see if a pattern of preference emerges. Some people prefer the expensive, top-shelf stuff, whereas others are much more at home with a humble Junmai (pure rice sake), Honjozo (sake with a little distilled alcohol added) or even Futsu-shu (table sake). I fall into the latter category. Don’t limit yourself to what other people think, as the journey of discovering your own individual preferences is one of the most rewarding aspects of sake.