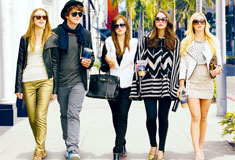 Sophia Coppola’s latest film, starring UK actress Emma Watson, tells the story of a group of teenagers obsessed with fashion and fame who burglarise celebrities’ homes in Los Angeles. What starts out as teenage fun quickly spins out of control and leaves viewers with a sobering view of today’s consumer culture. Watson also played Hermione Granger in the Harry Potter films. 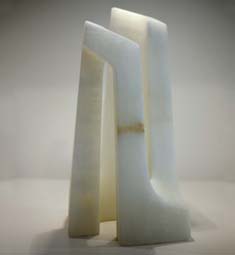 Kate Thomson, the Scottish sculptor of the British Business Awards trophies, and Japanese sculptors Hironori Katagiri and Masaki Maruyama have much in common. All three prove that sculpture is the marriage of art and craft. Each has a unique style developed during active careers both within Japan and abroad. For this special Christmas exhibition, Kaigado Gallery gathered small pieces with great charm. 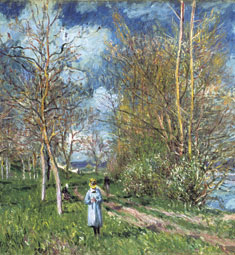 Alfred Sisley, The Small Meadows in Spring, 1880, Oil on canvas Tate: Presented by a body of subscribers in memory of Roger Fry 1936.

Impressionists at the Waterside

Depicting Urban Resorts: Paris, the Seine and Normandy
Until 5 January

In the 19th century, when cities were being developed, coastal suburban areas became popular places to holiday. The peaceful nature of these sites, along with abundant greenery and beautiful beaches, attracted a number of impressionists such as British painter Alfred Sisley.

Widely recognised as one of the world’s leading orchestras, the music of this award-winning group’s brass quintet has been used in films such as the Harry Potter series. 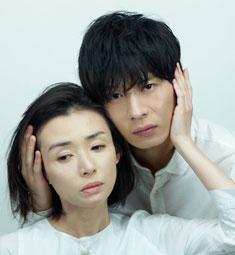 Words are an essential element for communication, but how well do they communicate the truth? To what extent do they help people understand one another? Nina Raine, an English director and playwright, was inspired by a documentary about a deaf couple who were expecting a child and hoped their baby would be deaf. Tribes raises questions about the ways in which people truly relate. 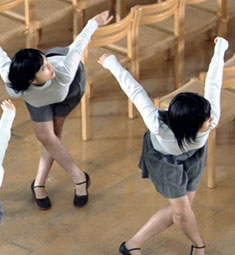 Tracing the 50 Years of D&AD Awards
Until 19 January

Design & Art Direction (D&AD) is a UK-based non-profit organisation that initiated what are widely considered the most selective design and advertising awards in 1963. The coveted black pencil is given to creators whose works are considered groundbreaking. This exhibition shows the prizewinning works of black pencil recipients over the past 50 years. 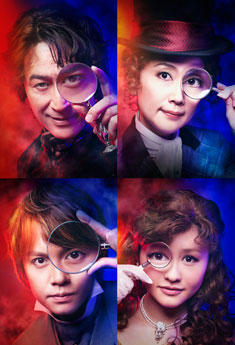 Sherlock Homes: The Secret of the Anderson Family

At the close of the 19th century in London, two gunshots ring out on Christmas night in the home of a distinguished family. Adam Anderson and his twin brother Eric soon discover that Adam’s fiancé Lucy is missing. This musical debuted in Daehangno, South Korea, and won the 17th Korea Musical Awards in 2011.