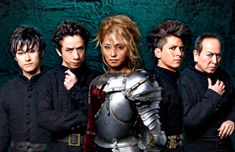 Written by Irish playwright George Bernard Shaw, a Nobel Prize winner and founder of the London School of Economics, the story describes the life of Joan of Arc, folk heroine of France and a Roman Catholic saint. She led the French army to several important victories during the Hundred Years’ War (1337–1453). The play will be performed by Japanese actors, including Rena Sasamoto, Tomohiko Imai and Kanata Irei. 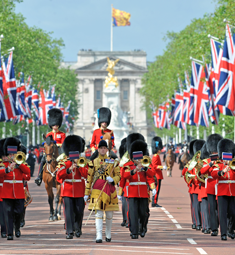 REGIMENTAL BAND OF THE COLDSTREAM GUARDS

One of the oldest and best-known bands of the British Army, the Regimental Band of the Coldstream Guards was officially formed on 16 May 1785. In celebration of the 60th anniversary of Queen Elizabeth II’s coronation and the 400th anniversary of Japan–UK relations, the band will tour several Japanese cities and hold a parade in Japan. 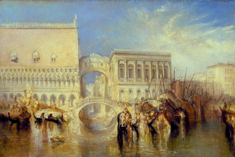 TURNER FROM THE TATE: THE MAKING OF A MASTER

Joseph Mallord William Turner was a British Romantic landscape painter, water-colourist and printmaker. Born in London in 1775, he became a member of the Royal Academy of Arts at the age of 26. About 110 of his works from the Tate Britain gallery will be on display at the exhibition.

9:30am–5:30pm (8pm on Fridays and 31 October–3 November)
Entry permitted until 30 minutes before closing.
Closed on Mondays (some exceptions; see website) 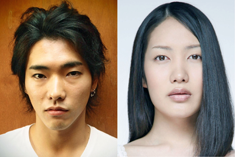 This Renaissance or Early Modern period play written by Christopher Marlowe is one of the earliest English history plays. Directed by Japanese director Shintaro Mori, it will be performed by Japanese actors including Tasuku Emoto and Ataru Nakamura. 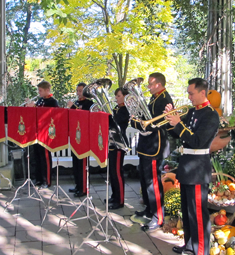 The Royal Marines Band Service, the musical wing of the Royal Navy, consists of six bands and is headquartered in Portsmouth’s Royal Marines School of Music. On their 12th visit to the Barakura English Garden, the band will play a selection of music, including jazz and classical compositions. 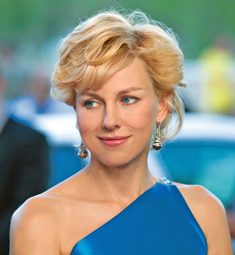 Directed by Oliver Hirschbiegel and written by Stephen Jeffreys, the film focuses on the last two years of the life of Diana, Princess of Wales. It also looks at her relationships with heart surgeon Dr Hasnat Khan and Egyptian millionaire Dodi Fayed. Robert Bernstein and Douglas Rae produced the film, while Australian actress Naomi Watts plays the role of Diana.