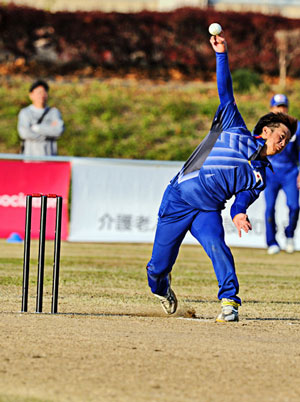 About 18,000 people streamed the tournament online.

Cricket is not a widely celebrated sport in Japan, where baseball and a variety of martial arts are dominant in the national consciousness. However, the recent performance of the Japan team is giving cricket renewed exposure in Japan.

In what was a tense final, the Korea Cricket Association came out on top by four wickets in the East Asia Cup final in November last year against the Japan national team at the Sano International Cricket Ground in Tochigi Prefecture. In front of a crowd of about 300, the youth-filled team put up a strong fight against their more experienced South Korean counterparts.

BCCJ ACUMEN spoke to Alan Curr, head of cricket operations at the Japan Cricket Association (JCA), about the performance of the young Japanese team, and about the development of the sport in Japan.

Even with an incredibly young team, their performance throughout the competition was an admirable one, with the 34-year-old captain Masaomi Kobayashi getting best batsman and 15-year-old Marcus Thurgate hitting the only six of the innings.

The team itself has only been training together since March, with six of the members making their official debut at the tournament. Leading up to the cup, they had played a few touring teams.

“The Korean players are all technically professional players, so they train together, live together and work together every day. So they train six times a week, whereas we are getting our guys together six times a year”, Curr said. “That’s the battle we face”.

He explained that, after many players finish university, the hardest part is keeping them when they find jobs.

“Unless you come and work for the cricket association, it’s very hard to combine your work life and your cricket career”.

Curr admitted that they were not sure how 2017 would go, especially given the difficulty of getting the whole team together. Despite this, he is confident that the team this year is different.

“We have a group now that are really committed to the game—they train hard and they have a real passion for the game.

“They can develop really well as a unit”, Curr added, noting they are all friends. “Both coaches we had working with the teams commented on that, saying that you get the impression that they are all mates and get on very well”.

Curr explained that the team has taken a lot of positives from the tournament. And with 18,000 people streaming it online, the sport’s reach is broadening.

“We lost the final because we dropped a few catches. That’s the kind of stuff you can practice in the park on a Wednesday night, that’s the only way you’re going to get better at it”. 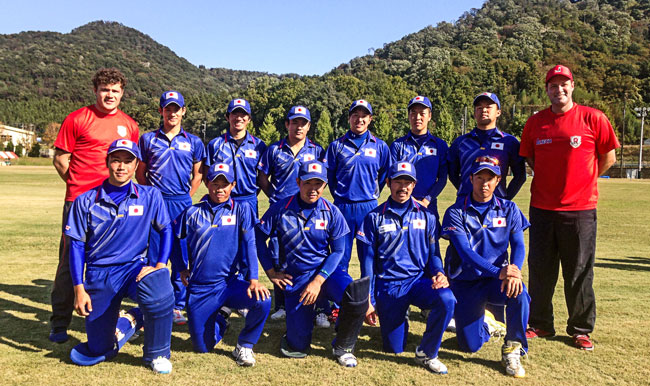 The Japan national team saw six of its members making their debut.

Cricket in Japan
Cricket is beginning to blossom in Japan, albeit slowly. Curr explained that there were only a few schools and facilities in Japan. Three team members came through the Chiba Sharks and many through the trials in Sano. Curr also mentioned Uenomiya Junior & Senior High School, which was responsible for “producing 10 of our national team squad at the moment and quite a few of our women’s team”. The school takes pupils aged 12 years and over, but suffers from a lack of facilities and competition. For that, it’s necessary to travel to Tokyo.

The importance of having a fan base is crucial in any sport, and, “realistically, as a sport, we aren’t going to be taken massively seriously by sponsors and local governments until we really start producing decent crowds”, Curr said.

At the tournament, the JCA tried to encourage more spectators using incentives such as British Airways tickets and a bat signed by the English, Indian and Australian national teams, but it didn’t yield quite the effect they had sought.

“We were disappointed that there weren’t more of the Japanese cricket community there”, said Curr.

But with the introduction of the Japanese Premier League, it is hoped this problem will be addressed effectively, as the new competition will be played at four different regional grounds.

In addition, the JCA will also be holding open trials for anyone who would like to be considered for the 2017 Japan National Men’s and Women’s squad in March at the Sano International Cricket Ground.

Another factor affecting the growth of the sport is the availability and quality of coaching.

“Our job is to educate teachers so that they can deliver to the kids all the time”, Curr explained.

In the past, this had not been the case, making it necessary for the JCA to send to schools either their own staff, or people from overseas. 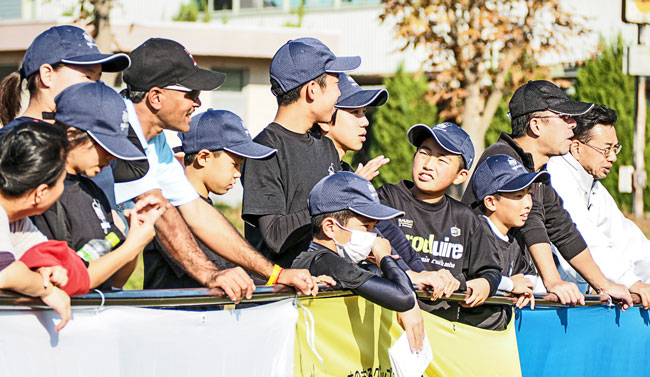 Cricket is proving popular with children in Sano.

Curr explained that they still need to bring in consultant coaches from Australia to come and work with the national team. But plans for this year call for those training sessions to be used to get potential coaches in Japan to “work with our players and develop their own skills, which they can then take back to their clubs and [so] raise the level of coaching in Japan”.

In addition, 2016 saw the start of a relationship between the JCA and London’s Marylebone Cricket Club (MCC), the oldest cricket club in the world. As a result, the MCC sent over one of their young cricketers for seven weeks last year, funded by Sano City Council, to work with the national team during the East Asia Cup and also with clubs and schools to improve coaching standards.

“He was working with the national team during the East Asia Cup” and spending the rest of his time at schools, Curr explained.

The next tournament for the team will be in Bendigo, in the Australian state of Victoria, for the week of 19–25 February. As an International Cricket Council World Cup qualifier event, the teams include the best in the Asia–Pacific region, a timely challenge for the team after coming so close to success in the East Asia Cup.

And women’s cricket has also been presented the chance to make a mark. Sano has also been named as the host city for the East Asia Pacific Women’s World T20 Qualifier, giving Japan a chance to play on home soil. Matches begin 28 April and the teams include Japan, Papua New Guinea, Samoa and Vanuatu.

“One of the challenges for cricket in Japan was that it wasn’t very visible. But with the sport now being played at grounds in Sano, Akishima, Sammu and Yokohama, we can expose more people to the sport”, said Naoki Alex Miyaji, chief executive officer of the JCA.

“The ground in Sano is now designed specifically for cricket and with a proper turf pitch, so we are able to host international tournaments. The Women’s World T20 Qualifier that will be held in Sano during Golden Week is one of the exciting opportunities for people to come and get involved in.

“We hope to see many people new to cricket come and get a taste of this great sport. We also hope cricket fans will come to enjoy excellent cricket on the field and the wonderful nature surrounding the ground”.