The British Embassy Cricket Team will join in the opening of the first international-standard cricket ground in Japan when they participate in the inaugural Embassy Cup on 22 and 23 September.

The tournament will take place in Sano City, Tochigi Prefecture, around 80km north of Tokyo. The eight teams competing will represent several embassies. There will be the combined Australia–New Zealand team, in addition to teams from the embassies of Bangladesh, India, Nepal, Pakistan, the UK, and Sri Lanka, as well as the Japan national team.

During the two days there will be food stands and a bar, as well as have-a-go areas for adults and children to provide a real matsuri flavour. For those adventurous enough to stay later and make a full weekend of it, there will be a glamping area and an outdoor cinema.

The Sano International Cricket Ground recently underwent a ¥460mn renovation, that involved adding an extra playing area and relaying the grass. Seating for around 500 allows an excellent viewing experience and, through the project—supported by Sano City Council—it is hoped that the venue will attract people from all over the country for cricket and recreation. 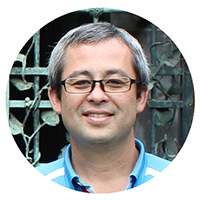 Japan Cricket Association CEO Naoki Alex Miyaji said: “We are incredibly excited about this event. It marks the culmination of many years’ hard work to build a facility that would not look out of place anywhere in the world, and we look forward to sharing this moment with the international community.”

Entry will be free on both days, and the British Embassy Tokyo team will play its first match against the combined Australia and New Zealand side from about 13:45 on 23 September. Depending on that result, they will play again in either the morning or the afternoon of the following day. Please come and cheer them on!