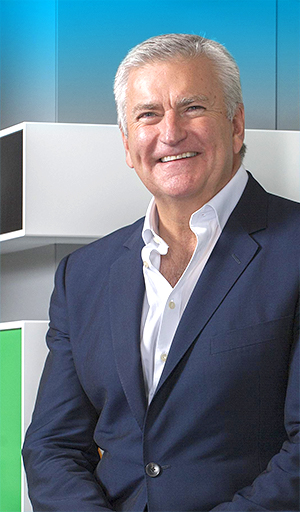 When Tokyo hosted the XVIII Olympiad in 1964, the occasion became known as The Happy Games and was accom­­panied by, arguably, the most ambitious urban development programme the world had ever seen. The event also demystified a nation that had been at war with much of the world just under two decades earlier.

“Back in 1964, a lot of people were still very suspicious of Japan; it was a mysterious place that not many people knew a great deal about and there was little understanding of Japanese culture,” Sweeney said in an interview with ACUMEN during his December visit to Tokyo. “The Happy Games went a long way to changing that’ ”.

Reflecting on the UK’s own experience, he added, “We saw something similar in London in 2012, and many still recall how people would talk to each other on the tube and the feeling that was in the city.

“I think that, in 2020, the world is again going to see a side of Japan that they did not necessarily know about”, he said. “The Japanese will welcome visitors and these may very well be remembered as ‘The Friendly Games’”.

And while much will inevitably be made of Japanese technology—from robots that welcome visitors at Tokyo’s airports to state-of-the-art sporting arenas—Sweeney is also confident that the arrival of thousands of athletes from around the world, together with tens of thousands of foreign spectators, can serve to promote diversity and inclusion in Japanese society. 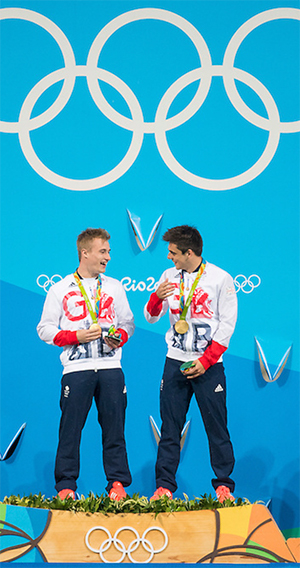 He spent three years in Tokyo from 1997 to 2000 as an executive with what is now the Adidas Reebok Group before joining the Team GB operation in November 2013.

“I went into sport because I didn’t want a ‘job’,” he confided, “and taking your country into the Olympics doesn’t feel like a job”.

Yet the challenges of ensuring that all compo­nents are in place to give the athletes the very best chance of winning a medal appear monumental.

“We started our preparations for Tokyo 2020 five years ago—so before the Rio Games—because we knew this was going to be a demanding Olympics”, he said.

The Japanese summer is a particular cause for concern, and athletes are taking part in a series of camps during the year to give them a sense of the conditions in which they will be competing next year.

Much work has also gone into building relation­ships with local governments that will host the Team GB athletes, and with the universities, schools and organisations that are sharing their sporting facilities. In addition, solutions have had to be found to logistical problems such as accommodation, moving between sites and ensuring that the athletes’ dietary and medical needs are met.

A good deal of that falls on Sweeney who, during his mid-December visit, signed a deal to use the sporting facilities of a high school in Odaiba, had dinner with the deputy mayor of Yokohama, took part in discussions at the British Embassy Tokyo and had a whirl­wind series of other meetings in the space of two weeks.

He also travelled to the city of Motomiya, Fukushima Prefecture, to meet the mayor and some of the 40 children affected by the Great East Japan Earthquake and Tsunami, and subsequent nuclear crisis, of 2011. The children had travelled to London in July.

“We hope this will be the start of a very inter­esting partnership, and we plan to set up a relationship between the school in Motomiya and schools in Northern Ireland, Scotland, Wales and England to develop long-lasting relation­ships”, Sweeney said.

Such relationships will be important when the Games start, he added, in encouraging the inevitably partisan home crowd to adopt Team GB as their next-favourite nation and to get behind the squad. 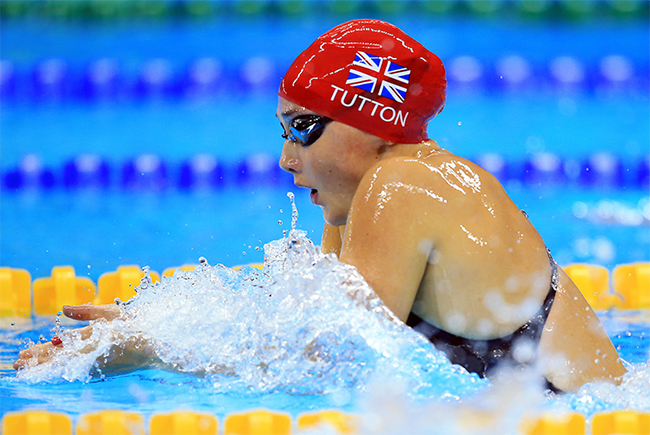 Sweeney is full of praise for the work that has already gone into preparing for the Games, echoing the International Olympic Committee’s assessment in December of progress as among the best they had ever seen two years ahead of a host city’s opening ceremony. Of the 33 venues, 17 are existing facilities that are being renovated and 11 are new spaces needed to promote sport in Japan. A mere five are temporary.

“From a cost point of view, this is a very sensible approach and, in this sense, the Tokyo Games are going to have a lot in common with London”, Sweeney said. “We used 2012 to carry out extensive regeneration of Stratford and other areas of East London, while the Japanese are regen­erating the bay area”.

Tokyo will no doubt be hoping to emulate the £9.9 billion profit that the London Games raked in, with the legacy of 2012 still visible in the form of higher tourist numbers and new infrastructure improvements in the capital and beyond.

And as the countdown to the opening contin­ues inexorably, Sweeney emphasised the gratitude that the British Olympic Association feels towards both the British Embassy Tokyo and the British Chamber of Commerce in Japan.

“The embassy has been extremely helpful, and we meet with them every time we come to Tokyo, and we have been working with Lori Henderson and the BCCJ team for five years now”, he said. “It’s absolutely critical to have experienced people and companies on the ground here who know the terrain and act as a bridge into Japan. That local knowledge is invaluable”.