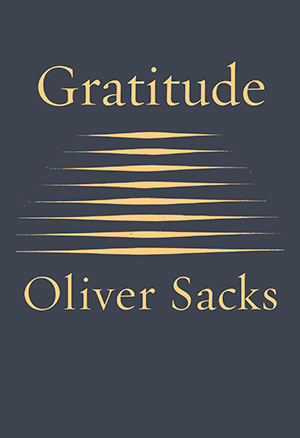 Oliver Sacks CBE (1933–2015) was a British neurologist and writer who spent most of his professional life in the US. He held numerous clinical positions but was perhaps best known for his books, many of which were best-selling collections of case histories.

One of his first major publications, Awakenings, was adapted into an Academy Award-nominated film of the same name, starring Robin Williams and Robert De Niro. One of his best-known pieces, The Man Who Mistook His Wife for a Hat, was the basis for an opera by Michael Nyman.

Sacks received the CBE for services to literature in the 2008 Queen’s Birthday Honours, and The New York Times dubbed him the “poet laureate of contemporary medicine”. It is not difficult to see why. He writes with such clarity and compassion. Furthermore, in describing his patients’ conditions, he often manages to illuminate how the healthy brain deals with perception, memory and individuality. His writing is almost always intensely personal.

Nowhere is that more true than in the volume under review. This slender book—of fewer than 50 pages—contains four short essays, meditations if you will, on ageing as well as facing illness and death. That said, there is nothing at all self-indulgent or depressing about what Sacks has to say. According to the inscription: “I am now face to face with dying, but I am not finished with living”.

The first essay, “Mercury”, was written in one sitting just days before his 80th birthday. It celebrates the pleasures of old age:  a time of leisure and freedom, freed from the factitious urgencies of earlier days, free to explore whatever I wish and to bind the thoughts and feelings of a lifetime together”. He concludes the essay with one simple thought: “I am looking forward to being 80”.

Less than two years later Sacks learned that a rare form of melanoma, which had been discovered in one of his eyes in 2005, had metastasised to his liver. The prognosis was not good. His doctors thought he might have only six months to live. Within a few days he had finished the second of the essays included in the book. “My Own Life” captures with great clarity Sacks’s feelings of appreciation for a life well lived. Yet again there is not a hint of self-pity.
Following surgery in 2015, he enjoyed a period of relative good health and wrote a number of essays for various publications, including the third piece in this collection. “My Periodic Table” is a reflection on his lifelong love for the periodic table of chemical elements as well as on his own mortality.

The final essay, “Sabbath”, is perhaps the most personal of all. It was published just two weeks before his death, in August 2015. In it, he writes: “I find my thoughts drifting to the Sabbath, the day of rest, the seventh day of the week, and perhaps the seventh day of one’s life as well, when one can feel that one’s work is done, and one may, in good conscience, rest”.