The Rugby World Cup (RWC) 2019 is set to leave a lasting legacy in Japan. Can part of that be a positive push for children? Koji Tokumasu, one of Japan’s top rugby officials, thinks so.

In September 2017, he founded the Shibuya International Rugby Club (SIRC) with the goal of stimulating interest in, and building excitement for, the game among children. The RWC 2019, he knew, presented a once-in-a-lifetime chance to leverage an international rugby event to benefit society.

Tokumasu, who serves as SIRC president and senior director of the RWC 2019 Organising Committee, explained his vision to ACUMEN.

“The club has functions that go well beyond the usual sport club structure found in Japan. It is a place where both Japanese and international children can come together to play rugby in a fun, safe and friendly environment,” he said. “With this vision in mind, the club already has grown to more than 100 members in 2019”. 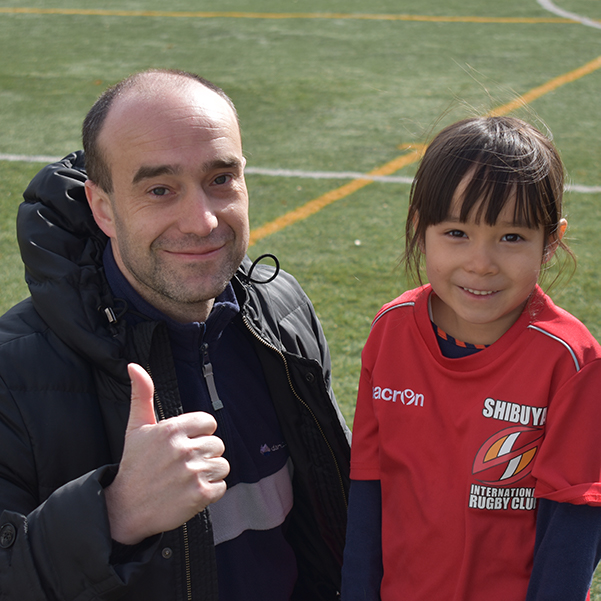 Training sessions are held each Sunday morning in central Tokyo, at the British School in Tokyo Showa Campus. All coaching staff are volunteers, and this includes SIRC coach Brian Christian MBE, who is also the principal of the British School in Tokyo, and coaching director Ricky Dumigan, who is head of strength and conditioning/skills for the Ricoh Black Rams in the Japan Top League.

SIRC provides top-class rugby coaching that helps children develop a solid foundation as rugby players. Using English as the common language, the club is a community that is open to any­one regardless of nationality or gender. Boys and girls in the club hail from many countries, including Australia, Italy, Japan, the Netherlands, New Zealand and the UK. Through rugby, they build friendships and learn to communicate across languages and cultures.

Play starts with touch or non-contact rugby in Super Ninja and Ninja groups, and then moves on to limited contact in Samurai. Shogun introduces full contact and the team plays fixtures against other clubs.

“Sport is a culture in the UK, but I feel that, in Japan, this idea is not very well known yet. Rather, sport is seen as physical education here,” Tokumasu said. “It is important to cultivate the idea in Japan that sport is a culture—especially for children. We need more flexibility and diversity in sport in Japan”.

What legacy can SIRC create through the RWC 2019? “One thing we can do is to cultivate the idea of diversity in sport—having friends through sport regardless of gender, nationality, language or culture,” he said. “Rugby—or any sport—has the power to teach children this idea”.

Keith Thomas, whose children are members of SIRC, spoke to ACUMEN about why the club is important to him.

“I found out about the club through the British School, which my son and daughter attend. The reason for me signing them up was probably my own enjoyment of the sport when I was a kid, and the international atmosphere of the club. I think Shibuya International Rugby Club is amazing. My kids have been going since the start, which is only about a year ago. There are many things to praise about the club. The coaches are deeply committed, and they get to know the kids and prepare lessons to build skills and have fun. There is a good structure in place and the kids progress through different levels. They start in Super Ninjas, which is the youngest group of 4–6-year-olds who play lots of fun games to develop their basic skills and instincts. They graduate to Ninjas, then Samurais and finally up to Shogun—the big kids who are playing full-contact rugby”.

Thomas’ dedication to SIRC demonstrates the reason Dumigan is proud to be involved as coaching director.

“Rugby in Japan is fantastic. The supporters are very loyal and extremely passionate. I think the thought process of the direction in which the game is going is something that needs addressing,” he said. “The best thing about rugby for a kid is that it caters to all shapes and sizes, and it’s a team sport where everyone has a role to play. They learn communi­ca­tion, the fact that every­one is divergent and has a certain aspect to give for the team to perform. The club is unique in the fact we have our own ground. We also have so many different nationali­ties and extremely proud and passionate volun­teers and supporters”.

When the RWC 2019 kicks off in September, the eyes of the world will turn to Japan for an event that will span the country. “Anyone who supports rugby must be excited by it,” Dumigan said. “It is going to be such a wonderful experience, and there are surely going to be opportunities for kids to be a part of it”.

SIRC, he explained, was set up in a short period of time by a small army of people who share the goal of developing a fantastic rugby club and recog­nised the poten­tial presented by the RWC 2019. These people take care of daily admini­stra­tion and match logis­tics, and also work to maximise participation.

Together with Japanese and non-Japanese coaches, everyone involved in SIRC has created an international atmosphere in which all participants feel welcome and comfortable. Although English is the main language, there is lots of support and translation for kids so that they can join in freely even if they are not very confident in their English. 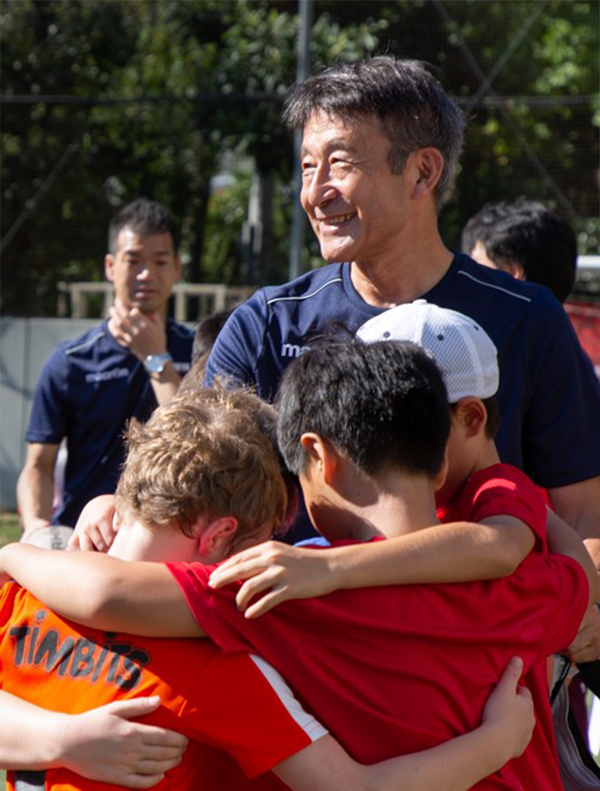 Rugby is, by its nature, a collaborative endeavour, and children learn respect and discipline through it. That includes not only respect for the coaches, captain and teammates, but also for the referees and opposing team—a view that is critical for success in our global society.

“The RWC 2019 will play such an important role in developing enthusiasm for the future genera­tions of rugby players. It is the pinnacle of the sport and it is what young players dream about—playing and winning the RWC,” Dumigan said.

“Japan is doing a fantastic job of hosting the event, and seeing rugby at its best will encourage more and more kids to take part. It is not only the skills and scores that leave an impression. People in Japan will also get to witness the spirit of the sport. If people can feel that spirit, they will want to be part of what is a truly great team sport. Japan hopes there will be many young boys and girls who are inspired and will want to play great games after the RWC 2019”. 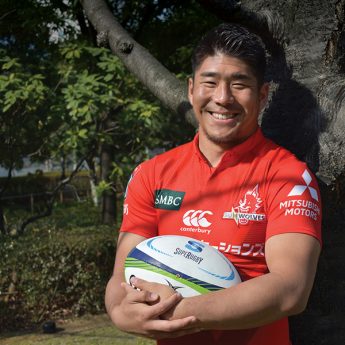 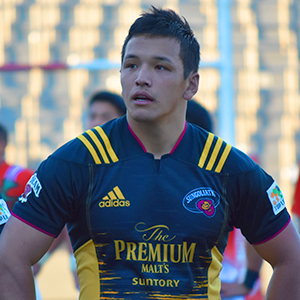