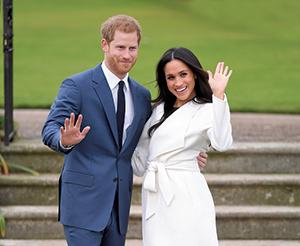 The TV camera rolled, I blinked in the arc lights and tensed as the interviewer put his question. “How did you feel when you heard Prince Harry had chosen an elderflower-and-lemon cake for his wedding?” I was relieved; that’s a bit easier than dealing with my usual fare of Brexit, North Korea and the Salisbury chemical weapon attack. In fact we were filming a programme featuring a former chef from Buckingham Palace who was visiting Tokyo, and had come to the Ambassador’s Residence to showcase British cakes and desserts.

It always fascinates me how other countries take so much interest in our royal weddings, even great republics like the United States.

Of course we do the splendour and the pageantry very well in Britain. That’s great for tourism, which is really important for the UK economy. But there’s also always something special about a wedding. It reminds you of your own happy day and all the good things that have flowed from it. Somehow the royals are able to personify that generalised sense of optimism for all of us. And Prince Harry and Meghan Markle make a particularly handsome and popular couple. 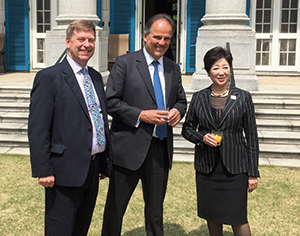 From left: Ambassador Madden with the Rt Hon Mark Field MP, Minister for Asia and the Pacific at the FCO, and Tokyo Governor Yuriko Koike • PHOTO: BRITISH EMBASSY TOKYO

Having experienced combat action in Afghanistan, Prince Harry has a special bond with the military—one he reciprocates through his support of the Invictus Games, and his work with injured servicemen and women. When I was High Commissioner of the United Kingdom to Australia, I remember him attending the great gathering of ships from 30 nations in Sydney’s magnificent harbour for the 100th anniversary of the Royal Australian Navy.

I thought of that last month, when I went on board HMS Sutherland, which was at the Port of Yokosuka, before heading off for some joint exercises with the Japan Maritime Self-Defense Force.

With other ship visits to follow later this year, we are really seeing the closer security ties that Prime Ministers Theresa May and Shinzo Abe signed up to last year becoming a reality.

Plans for our new bilateral trade and economic relationship are moving forward too, following the March European Council’s agree­ment that Britain will be able to negotiate and sign new trade deals during the Brexit implementation period, starting when we leave the EU in March 2019. Those deals would come into force at the end of the implementation period in December 2020. Both Japan and Britain are looking for an ambitious new agreement, based on the EU–Japan Economic Partnership Agreement, which is due to be signed in July 2018. The next meeting of the Japan–UK Trade and Investment Working Group takes place in London in May 2018. 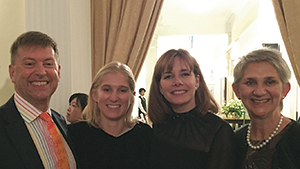 We had Foreign & Commonwealth Office Minister Mark Field and senior officials from the Department for International Trade and the Department for Exiting the European Union all come through Tokyo in April. Whilst the Japanese businesses they met still had concerns about how Brexit will work, the initial shock here following the referendum result seems to have been replaced by a calmer pragmatism. In fact, we haven’t seen any fall-off in flows of new investment from Japan over the past year.

I also enjoyed hosting Health Secretary Jeremy Hunt, who was in Tokyo in April for a conference on patient safety. He still speaks impressive Japanese, which he learnt during a couple of years working here in his twenties, and is a big fan of this country. I invited his former host family round for a hisashiburi drink.

But I think my favourite guest this year has been Dame Darcey Bussell DBE, star of the Royal Ballet and TV’s Strictly Come Dancing, who delivered the annual Daiwa Lecture at my residence in March. Former Royal Ballet lead Miyako Yoshida, as well as Tamiyo Kusakari, star of the wonderful 1996 Japanese film Shall We Dance, also came round to join us. 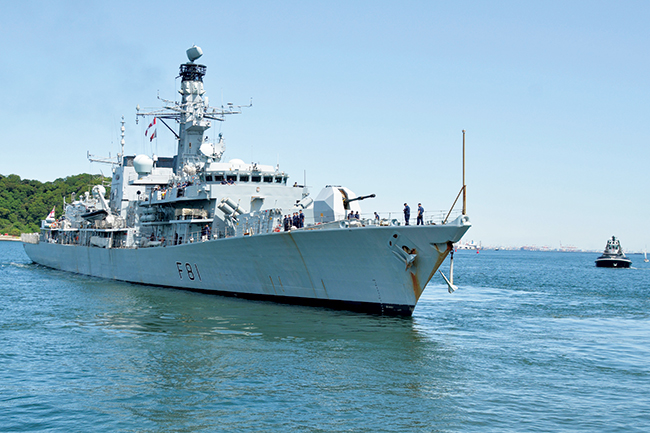 HMS Sutherland leaves the US Naval Base in Yokosuka. • PHOTO: US NAVY / PETER BURGHART 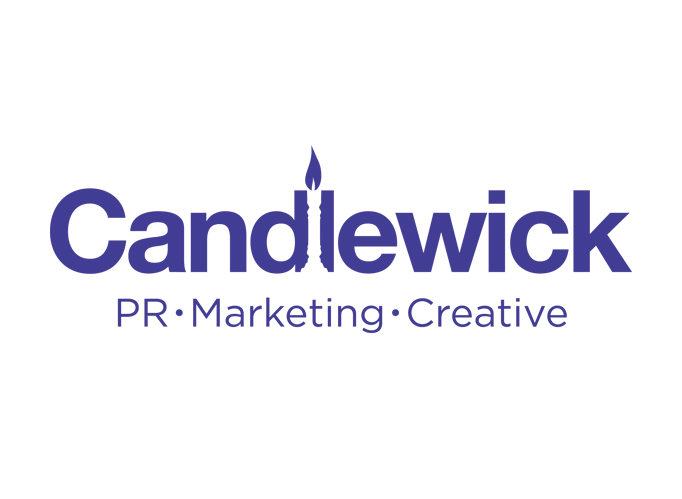