When Prime Minister Shinzo Abe announced his new cabinet, in August, it was again a primarily male affair. At a time when Abe has been discussing the empowerment of women, just three of the 19 ministers are female.

For Japan to gain a bigger voice in politics, boardrooms and other areas of society, women are going to have to do a lot of the work. In human resources, women from Japan and overseas are beginning to assert themselves in the business world, bringing new and innovative ideas to corporate Japan. 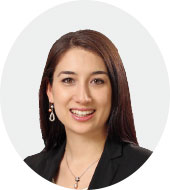 “For a long time, British and Western companies have been moving towards HR taking on a strategic business-partner role in organisations”, Mireille Watanabe Handover, partner at consultancy Lumina Learning Asia, told BCCJ ACUMEN.

“HR in Japan is still lagging behind in this respect, partly due to a lack of real HR specialists. This means that they are less effective in developing the talent that the organisation needs”.

Her firm trains people to adapt their behaviour through role-play and other interactive exercises. The training is underpinned by psychometric tools that allow participants to gain a better idea of their strengths and where they could improve.

While many clients have embraced the training, Watanabe Handover points out that the conservative attitude of some HR departments can sometimes be a hurdle.

“Lumina Learning was founded in the UK around seven years ago, and many of our clients there have been attracted to our tools and offerings precisely because they are new and innovative,” she said. “Here, in Japan, companies can be much more cautious about trying out new methods, and so we need to provide a lot of evidence to prove their effectiveness”. 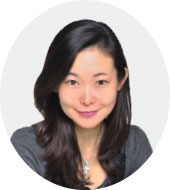 Masako Nemoto-Deacon, a Japanese national, also believes there is a lot that her country can learn from overseas practices.

“I started coaching in 1997, in the UK”, she told BCCJ ACUMEN. “It was an experience that opened my eyes, observing how the executives were transformed after 2–3 days of workshops or coaching sessions”.

She decided that she would try to bring home some of the methods she had learned while in the UK.

“As I had been working for a large Japanese company for six years before moving to the UK, I realised that Japanese people could be too conservative or follow old traditions and customs, which could limit them and restrict possibilities”, she said.

Working as a consultant through her business L.C.L., Nemoto-Deacon offers classes on personal development while focusing on helping working women.

“One of my corporate training courses is for empowering women”, she said. “This course suits female managers, junior managers and even benefits administrative staff. Women tend to underestimate themselves. They feel they are not capable to get roles or positions that their ability and skills qualify them for.

Her clients include large general trading firms, as well as pharmaceutical and global manufacturing firms. 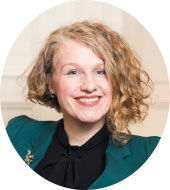 For Sarah Everitt Furuya, an associate facilitator and director of the Flourish Leadership Programme at Impact Japan, HR has evolved in Japan with globalisation. Mergers and acquisitions (M&A) have become a larger part of everyday work for many firms, meaning HR has come to play a wider role in firms.

This is “helping Japanese talent be competitive once they reach executive level in multinationals”, Everitt Furuya told BCCJ ACUMEN. Impact puts “strong emphasis on the practice of leadership action, and challenges people to tackle real live issues in the moment”.

Clients have reported that after taking courses, they have become more assertive in the workplace, helping to bring change that pushes business in the right direction.

All three executives agree that empowering women is a key factor in helping Japan improve its business practices, and that giving them more of a voice in the workplace is central to the mission of modern Japanese HR. They were also optimistic about the future of HR systems in Japan.

“HR has truly become a trusted partner in the business: a progressive and positive force in the development of strategy and business”, Everitt Furuya said.

“Japanese business is increasingly looking toward HR professionals as partners: to introduce innovative strategies, penetrate silos, manage M&A and its resulting needs, and create movement of talent to best serve the business, locally and internationally”, she added. “Japan is becoming increasingly competitive as a source of global talent, in partnership with companies like Impact”.

For Watanabe Handover, the real innovations are coming in areas that accommodate diversity. Japan is finally learning that some people cannot be in the office from 9am–5pm, as well as overtime hours and perhaps drinking and dining with colleagues a couple of times a week. That acceptance, she believes, will help inclusion.

“Companies in Japan are moving towards more diversity and flexibility in working systems and, although progress sometimes feels very slow, I’m optimistic about the direction of travel”, she said. “Many organisations now have a diversity and inclusion office within their HR department and they are doing great work to support women in management, work-life balance and more inclusive [business] environments”.

That will benefit all, according to Nemoto-Deacon. “This is not about women; this is about organisational transformation”, she said. “As human beings, people can learn to see and respect other people without any preconceived perceptions or expectations: unconscious bias”.