It’s a long way from Huddersfield to Tokyo, but the new artistic director of the National Ballet of Japan, David Bintley CBE, already feels very much at home.

“Once in the studio it doesn’t matter where in the world I am; it is exactly the same job”, he explains. At just 53, Bintley is widely recognised as one of Britain’s finest choreographers with an enviable reputation for his innovative take on ballet.

His style, instantly recognised as inherently British, uses ballet as part of a rich narrative, eloquently expressing wide-ranging emotions and moods through a thoroughly entertaining blend of dance and music.

“Language is not really a barrier because, as a dancer, I can always get up and demonstrate a particular nuance. Sometimes that is much easier than words. Also, my staff are bilingual so communication here has not been an issue at all”, he said. 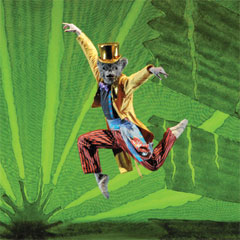 Still Life at the Penguin Café

Bintley started his dance career aged four. “I performed in a Sunday School concert in a local hall. I still remember we had car headlamps as stage lights and the stage was planks on top of benches, but it didn’t matter. I was absolutely stage struck from the word go. I just loved it”.

The young performer soon realised that the route to regular stage appearances was to join the local dance school. “It was my ticket to the stage. It was all about showing off”, he happily admitted.

“And that was that. I became more and more interested in dance, and then ballet, joining The Royal Ballet School when I was 16”.

His parents provided support throughout. “They recognised my passion, my single-minded obsession”, said Bintley. Professional support in the form of key mentors also proved pivotal during Bintley’s dance career.

“Dame Ninette de Valois [6 June 1898-8 March 2001], the founder of the Royal Ballet School, was an amazing woman but could be quite intimidating. She prowled the corridors and everyone was utterly terrified of her. One day she came in to observe a class and after watching for a while, she took over the class and started to teach. She came up to me and took my hand and brought me to the front of the class—it was as if she were teaching me exclusively, as if no one else was there. I don’t know what she saw, but from then on she was just fantastic to me. She made all the difference”.

The young Bintley was fortunate enough to see the dancing of Margot Fonteyn and Rudolf Nureyev, as well as to observe world-class choreographers Frederick Ashton and Kenneth MacMillan at work.
Although an accomplished dancer, Bintley’s unique talent for choreography soon attracted the interest of Sir Peter Wright CBE, the then-artistic director of the Birmingham Royal Ballet, who was to play an important role encouraging Bintley to create his own ballets. Clearly not one to be intimidated by a challenge—“Bintley Ballets” include the comedic Hobson’s Choice and his famous revisitation of The Nutcracker ballet using Duke Ellington’s jazz version of the score and an invigorating mix of jazz and classic dance—when the opportunity to direct in both Japan and England appeared he welcomed it as an opportunity to work on a new stage. 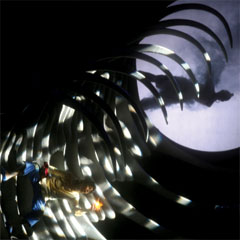 Aladdin will be performed in May 2011

“The previous director Asami Maki was retiring and I had already done some pieces here. The National Ballet asked if I could direct in Japan as well as at the Birmingham Royal Ballet. It was the ‘as well’ that attracted me”. Bintley will be in Japan for every programme, about four months a year.

“I see my role here as all about breaking down the barriers and getting across the message about ballet”, he explained. “People think there is some kind of mystery to ballet or that they need to know a lot about it to enjoy a performance. That is not the case. Ballet is an international art form and, because it is non-verbal, it is understood everywhere. Even a précis of the story is enough to appreciate it”.

“The great thing about Japan is that the dancers work really hard and enjoy it”, he added. “That makes my work much more enjoyable. It is one of the reasons I came here”.

“The drain of talented dancers to other countries is partly a matter of prestige and partly to do with finances”, he explained. “Ballet at this professional level is still quite young in Japan. It has been around since the war, but in an enthusiastic, amateur way. Dancers have to work hard for a relatively small amount, but the drain of professional dancers also has a lot to do with interest. Dancers join Birmingham because I am the choreographer there and they know it will be different. I know when I was a dancer that was the highest thing you could do”.

Bintley’s reputation for well-balanced programmes and witty explorations of ballet themes has already attracted a wide audience in Japan — certainly his November opening night featuring a triple bill including his own Still Life at the Penguin Café had the audience entranced.

“I am trying to provide something more stimulating so people will see something new”, he said. “Not just a ‘safe’ performance like Swan Lake, which automatically sells out six or seven performances. New and risky performances are very rarely done because people here say that they like the full-length ballet, but it is just because that is what they have always had. I pick my programme to confound those people and I hope that, after watching it, there is no one who could say ‘I wish it could have been Swan Lake’ ”.

Bintley said he receives many letters from people who have just discovered ballet aged 40 or so, who lament missing out on an enjoyment of ballet in their younger years. “I want to stop getting letters like that and see people of all ages coming to the ballet on a regular basis”, he said. “It’s not just about swans, fairies and princesses. You don’t even need to wear a tuxedo!”