John Lydon, also infamously known as Johnny Rotten, has, to say the least, ruffled a few feathers over the years. Whether as an individual or with the Sex Pistols, he was at the centre of a British music revolution that not just irritated, but motivated a whole generation—and generations around the world—to change their music, fashion, hairstyles and attitude.

So, going in to my interviews with Lydon, first in 2013 and more recently in June 2018, I was a little apprehensive about what feathers I might ruffle with a misjudged question. Both interviews were conducted on the phone—so I had the safe bunker of a studio thousands of miles away from Lydon to protect me from any verbal missiles that might be lobbed. I survived both interviews intact, and surprisingly enlightened by his genuine humanity and deeply considered answers. 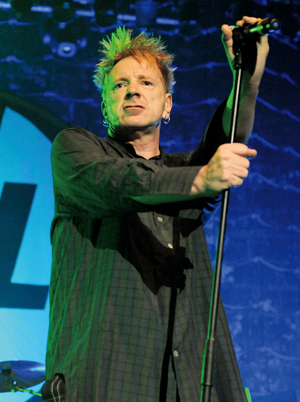 The interviews were scheduled just before Lydon’s Japan tours with his post-punk band Public Image Ltd (PiL), which he formed after the Sex Pistols’ split in 1978. PiL combine elements of rock, electronica and dub, inspired by the progressive rock, disco and Jamaican music Lydon was surrounded by growing up in 1970s Finsbury Park, London.

In 2018 PiL are celebrating their 40th annivers­ary with a world tour and Lydon commented, “I’m amazed that 40 years can vanish so quickly; that tells me I’ve got another 40 to go”.

The idea of getting older and gaining know­ledge surfaced a few times in our conversations. “Who invented this ageist thing anyway?”, he said, referring to The Who’s song My Generation and the Pete Townsend penned lyric “Hope I die before I get old”.

“I’ve talked to [Townsend] since, and he’s utterly ashamed of that comment”, Lydon said, adding with a hearty chuckle, “and so he should be. For me there is only one age—life. You’re born, you die and what you do in between you do to the best of your ability”.

Considering the life Lydon has lived, I asked what is his key to survival?

First he replies with a play on words gag: “To have more patients than a hospital”. Then he adds: “A sense of endurance and a sense of trust in your own wisdom and to not be opinionated for no good reason at all. And to actually skilfully learn. Learn about the trade you are in, learn about the world you are in and make valid opinions”.

Seeking truthfulness
Lydon has said in the past that the Sex Pistols was all about image and PiL was all about destroying that image. Living in the current selfie generation—where image is everything and being surrounded by people who want to be famous for the sake of fame and not for achievement—what is Lydon thinking now?

“Everybody’s useless, utterly useless. It’s nonsense. Why would you want to seek fame anyway? I’ve been telling people this for years. What you should be seeking is truthfulness and some kind of integrity for your fellow human beings. You’ll be a lot better off”.

For someone who wrote and sang about anarchy back in the 1970s, I wanted to know what he thinks people should do today to make the world a better place.

“A bit of education amongst the lot of us would be a good starter and that sense of teaching and passing on the messages—the good things you’ve learned in life and passing them on to the younger lot”.

And advice for young people?

“Do what I did when I was young—I loved going to libraries. I love books, I love reading”. But he also advises, “Don’t grow up, stay young, stay fresh, stay innocent. Stay the way nature intended you to be—utterly without corruption”.

This tipped on a moment in the conversation where Lydon’s confident verbosity calmed to a gentler tone, reflecting on his childhood spoiled by spinal meningitis, unpleasant experiences with long hospital treatments, hallucinations and loss of memory.

“When you’re seven, eight, nine, 10 and you know adults are lying to you, but you can’t prove it, that’s painful… that’s very painful. And that’s still there in my mind”.

“Lying is the worst option. I’ve never really met a happy liar, they’re all so awfully confused. I like to wake up in the morning and know I don’t have to go through all that”.

And again, referencing his childhood, “When you lose your memory for four years of your life, not remembering who you are, every memory from there on in that comes back you’re going to cherish. And you’re going to wallow in honesty for the rest of eternity”. 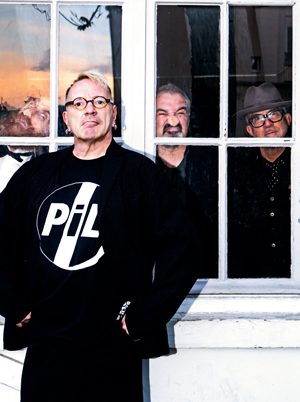 Fears and phobias
All the musicians I chat with universally agree that music is their sanctuary. Lydon says: “I love music. I listen to everything done by anybody. All of it one way or the other will have a positive influence on you. The more you hear the better the person you become”.

Regarding his own music he says “I’m continually trying to expand my knowledge of sound, tone and the involvement of human emotions. And all of these songs are anchored in reality of my life’s experiences. It can only improve because of that”.

And the experience of performing live on stage is the most vivid of Lydon’s music experiences. “The sheer fear of making mistakes strengthens the emotions of the song and it takes on wings, it becomes quite brilliant sharing that with a live audience. I enjoy it most in life. It’s the only thing I’ve found myself to be the most happy at, that moment on stage. I’m totally paranoid and an emotional wreck waiting to go on, but once I get on it’s like being in heaven, really. You sink or swim completely by opening your heart”.

His over active imagination is also a boon and a burden: “The trouble with my brain is it won’t stop. If I can hone all of my feelings into a song, then I can take my thinking cap off and just dwell in the reality of it”.

I was surprised to discover the places where Lydon can just dwell and not over think are when he is diving under water or hiking in the desert.

“I love being in the desert. I love to listen to that sound that’s no sound at all. And yet everything makes my heart rate really slow down. Or diving, being in the ocean, I love being under water; it’s the most sensational feeling. I tune in to what really matters rather than get caught up in the horribleness of anxieties and fears and phobias, all these things that can bog you down and make you ruin your life. I learned to accept the challenges and explore the natural side of life, too. That’s how I survive”.

The recurring theme of surviving, getting older and continually learning on the journey through life wraps up our conversation, with Lydon concluding: “I feel like I’m half a century young. I want to try and fill out a full century, see how much knowledge I can gain”.