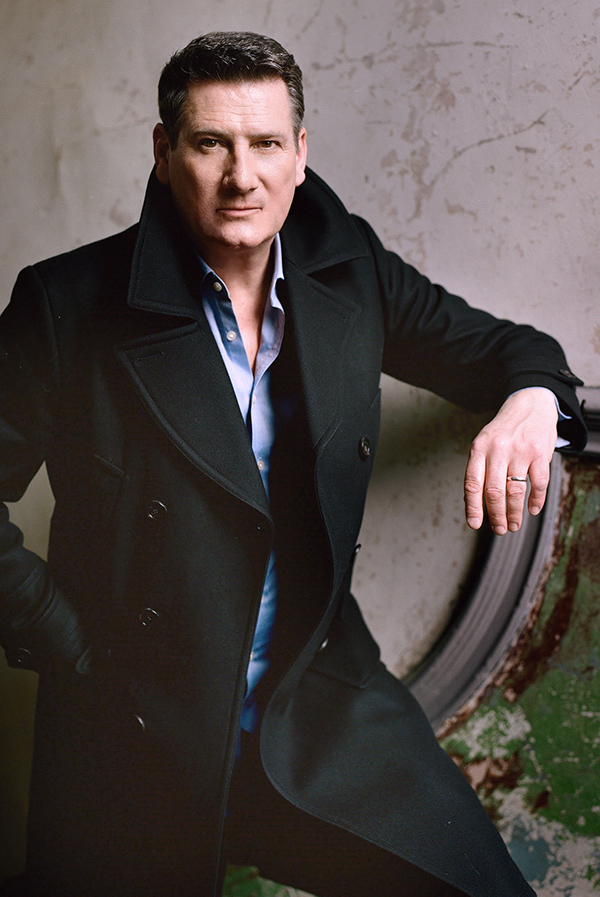 I met up with Tony Hadley, original lead vocalist from Spandau Ballet, backstage at Billboard Live Tokyo between soundcheck and the start of a show in February. We were informed by his manager that we had 15 minutes for the interview. But as soon as we started chatting, I realized Hadley was a man of many words and this could become a big conversation.

He was thrilled to be back in Japan. “I think Tokyo … it’s a bit like being in a film. It’s a bit like when you go to New York, you feel like you’re on a film set. You are in another world. But it’s a good vibe. It’s a really good vibe”.

Hadley reminisced briefly about the good times he’d had at Tokyo’s Lexington Queen, the notorious celebrity nightspot that was hosted by the legendary Bill Hersey who, sadly, passed away in 2018 and took many stories with him.

Hadley seems to have stories, too.

“We had some fun. Some really fun times, yeah. Some stories you probably don’t want to repeat”.

These days, Hadley is more of a family man, with five children of varying ages from five to 36. He said that next time he comes to Japan he’d like to bring them.

“The kids and I love to ski. And I have heard that the skiing is really, really good in Japan. Maybe we should come back next season”.

I asked Hadley about his childhood and whether he grew up in a musical household.

“In my house, my mum and dad were massively into Frank Sinatra, Tony Bennett, Jack Jones, Ella Fitzgerald, Johnny Mathis. So, there was always music—especially on a Sunday morning leading up to the Sunday lunch, where all the family came round. So that’s where my love of swing music comes in, because I love all those guys. I saw Tony Bennett at the Royal Albert Hall just a few months ago, and he still has an amazing voice, he’s still singing great. I met him, and we took a picture with my mum as well. It was fantastic. That was a great moment, really cool”.

Speaking of someone who is a great singer, I mentioned that Hadley has a booming voice and was once compared to a foghorn. 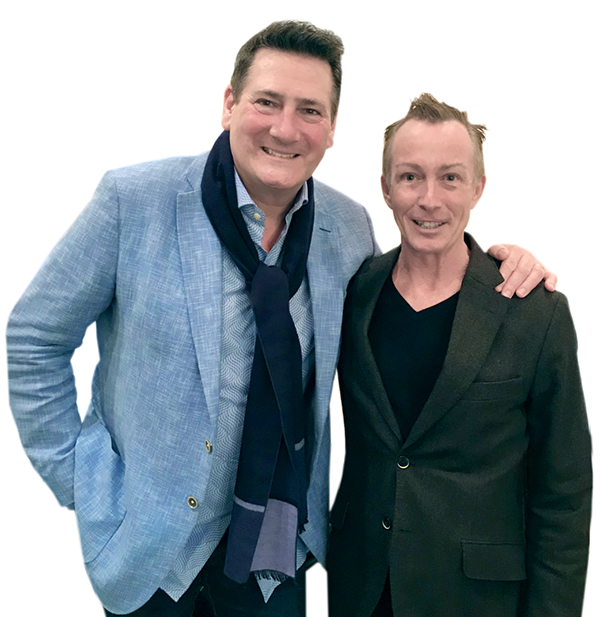 “Yeah, it was sort of a caricature of me: Foghorn Hadley! I’ve got a very loud voice, but I was taught well, I was taught by an opera singer. She taught me how to preserve my voice and how to project it and everything else. I’m really lucky that I still sing in the same keys. I look after my voice. I warm up before I go on, I warm down when I come off,” he said. “And, doing two-hour shows, I have to say is difficult; it’s full on. I’ll come off and I’ll be sweaty. You put everything into it, but the adrenaline keeps you going. And the audience, actually. So, if they’re happy, I’m happy”.

I remarked how he has made the audiences happy for many years, and they are thrilled he’s still performing Spandau Ballet’s classics live.

“Well, it’s been good. I mean, people ask me—since I sort of resigned from the band officially—the one question I do get asked a lot is, “Can you still sing the songs?” You know, the classic hits. Yes, I can. And yes, I do. So, there’ll be ‘Gold’, there’ll be ‘True’, ‘Only When You Leave’, ‘Lifeline’—all that”.

To Cut a Long Story Short

It was the perfect moment to ask Hadley whether he has more to add to a longer story—something that has not yet been revealed in media—about why he left Spandau Ballet in 2018?

“Well, no. I’ve kept a very dignified silence on the whole thing, really. I mean, I’ve been quizzed on break­fast TV in the UK as to what’s going on. I resigned for very specific reasons. And, hopefully, one day, they’ll be honest and will actually tell the truth as to why I resigned. You know, I’m not going to go into it now. I could do the big exposé and every­thing else, but I’m not willing to do that. So, yeah, hopefully one day they’ll be honest, and they’ll say exactly why I left. And it’s a very, very specific reason. You don’t leave a band like Spandau Ballet because someone put sugar in your tea, and you don’t like sugar. It’s got to be some­thing quite solid. And it’s sad, because the 40th anniver­sary kicks in on 10 October this year. I’m celebrating 40 years in the business. We’re going to do a 40-date show in the UK, finishing in London with a full orchestra”.

Hadley is not only looking to the past but also to the future. “We’ll be doing a couple of songs from the new album and we’re really, really proud of it”.

I wanted to know more.

“I’ve pretty much written the whole album, actually. Some of it’s a bit funky, some of it’s really anthemic. I love anthemic sort of songs. We’re in the process of finishing in-between gigs in this series. That’s always the problem. Trying to do the gigs, trying to see your family, trying to record the album is crazy!”

A Matter of Time

The thought of that booming voice on new songs is exciting for fans, like me, who remember the early 1980s when Spandau Ballet—and the other New Romantics—exploded onto the British music scene. I asked Hadley if he realised at that time the impact they would have on music and fashion?

“Well, I think you’ve got to remember, back in 1978—with the Blitz Club and everything else, and the New Romantic kind of movement that was being spawned at the time—there was no social media like today. Nothing’s secret [now], everybody knows your business, you’re on social media in the blink of an eye. So it took a while for the whole thing to gather momentum.

Back then, kids really got into the whole scene. And there was Duran Duran, Depeche Mode, The Human League, the whole electronic thing that was happening. And the fashion thing as well. Did I think that in 40 years I’d still be doing this? I hoped so. I’m really blessed and very lucky that I’m still doing it after all these years. And I still love it as well. That’s the thing, to get a kick out of it”.

I wondered whether Hadley thought these things were a uniquely British cultural movement.

“Yeah, it wasn’t happening anywhere else. I mean it didn’t really take off in America in the same way. But certainly, in the UK, that’s where it was happening. And you know what we’re like,” Hadley added with a laugh. “We love to dress up!”

Does he still have any old Romantic outfits?

Nature of the Beast

I mentioned how the early 1980s were an exciting time musically, because of the changing technology and how the studio itself became an instrument to play with, and the fun you could have with that. Hadley agreed.

“It was. But, it was still pretty primitive. Now you go into the studio and, with computers and digitalisation, you can create pretty much any­thing you want. But back in the day, you were still working with tape. You couldn’t just duplicate things in a nanosecond, you had to really work at it. When we were doing 12-inches, we had reels and bits of tape all around the studio. You cut this tape and stuck it to this bit of tape and hoped that it sounded good”.

Tony Hadley and Spandau Ballet’s music have been sounding good for four decades now, and, like a good conversation, you don’t realise the time ticking by. With a knock on the dressing room door our conversation came to an end. Fifteen minutes had turned into 30, which could have easily gone much longer.

Hadley apologised to me. “Sorry. I probably go on a bit. I do go on a bit, but I get excited”.

As I headed out the door, he gave me one more quote regarding the power of music.

“It’s emotional and it’s brilliant. Don’t ever get rid of music. As people, we need it”.