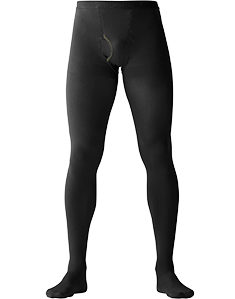 Manufacturers and retailers must find new ways to do business in the wake of economic and demographic changes across the country, according to Shukan Diamond (22 February).

Major shifts such as these are forcing firms to innovate.

In 2010, hosiery manufacturer Naigai Co., Ltd. threw caution to the wind and introduced tights for men. The firm’s inspiration was an email it received from a man who said the cold weather had led him to try wearing his wife’s tights under his business suit.

Yuta Koyama, who devoted eight years to developing the product, said that various problems had to be overcome to launch the item. These included the need to design an aperture in the front of the tights to facilitate use of urinals.

Clearly, a willingness to think outside the box paid off.

Another trend shows people in their twenties are imbibing considerably less alcohol than they did a decade ago.

According to the Ministry of Health, Labour and Welfare, the percentage of men describing themselves as regular drinkers plummeted from 35% in 2003 to 15.7% in 2011.

Among women, the corresponding figures were 14.3% and 8.3%, respectively. Along with quasi-beer (beerlike beverages that have little or no malt content and, therefore, are taxed less than real beer) and non-alcoholic beverages, the search continues for innovative drink products.

Global Tastes
Shukan Diamond also reported that the number of legal foreign residents in Japan has roughly tripled over the past three decades, a rise of 300,000 in Tokyo alone.

While the number of Japanese residents in four of Tokyo’s wards—Arakawa, Kita, Shibuya and Shinjuku—have declined, the foreign population has increased.

These foreign residents tend to be young and earn comparatively low incomes, but they represent a new market for goods and services that should not be overlooked.

“Before the internet, businesses controlled most of the data”, said management consultant Hiroyuki Nitto. “While one might assume that consumers would become more savvy by obtaining information from the internet, that’s not the case. Since there’s an excess of information, it’s become necessary for consumers to integrate the data they obtain”.

In some areas, such as fashion and cosmetics, consumers are more inclined to follow the opinions of “experts”. In other categories, such as food, alcoholic drinks, TVs, appliances and home computers, they tend to make personal selections, which are factors that firms must consider in their marketing. 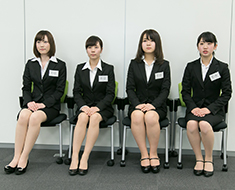 A mensetsukan is an interviewer, usually an employee present during the initial stage of job screening. Nikkan Gendai (11 March) reports that candidates’ grooming and posture are increasingly important factors for mensetsukan evaluations.

In fact, certain lapses in etiquette tend to be considered so outrageous they can result in an applicant being summarily dropped from further consideration.

Nearly all the respondents (96%) said they often felt “concerned” when they observed candidates slouching. Of these, 57% said such behaviour appeared darashinai (sloppy or undisciplined).

This was followed by the responses, “The person appeared poor at dealing with stressful situations” (48%) and “appears undisciplined” (39%).

“The first thing we observe at the interview is whether a candidate leans back in the chair”, says Kanno. “Applicants are not visitors, and the proper posture is for them to sit erect, with a space between their back and that of the chair about the size of a fist.

The standard time for an interview is said to be 30 to 45 minutes. Interviewers watch for any slouching or changes in posture as indications of a weak physique or lack of mental fortitude.

And it goes without saying that candidates are carefully observed when they give an ojigi (bow), both upon their entry and departure, at the proper 45-degree angle. The ones who don’t bow properly are inevitably dropped from further consideration.

Kendo practitioners are reportedly noted for their ability to maintain their posture over a prolonged period, so taking up this activity may be beneficial.

“More than entry into the room, departure from the interview requires more caution”, said Kanno. “A candidate should stand up straight, return the chair to its original position and march out of the room with a straight back. These kinds of movements are not something that can be quickly mastered, so I suggest plenty of practice at home”.

In the run-up to the consumption tax increase, the Japan Tourism Marketing Co. conducted an online survey of 1,260 consumers in the greater Tokyo, Nagoya and Osaka metropolitan areas.

As reported in the Nikkei Marketing Journal (24 March), 44.4% of respondents expressed concern that the tax hike would negatively impact their lives. And 49.6% said they would “continue to buy the same goods and services as they had in the past, while cutting back slightly on consumption”.

So where will the budgetary axe fall? The top reply (68.3%) was home utilities. This was followed by dining out (51.5%), domestic travel (37.6%) and regularly consumed food items (30.2%). Outlays for petrol and fashion were also cited.