When I met up with Clark Datchler and Mike Nocito, founding members of the British pop group Johnny Hates Jazz, backstage at Billboard Live Tokyo in January, the two were raring to talk music biz. They reached back to the 1960s and ’70s to tell me about the musicians who had inspired them, then pulled me back to the current state of pop—with a detour through the ’80s, when the band had huge chart hits.

It was a ping-pong conversation between two pals who talk as a unified team. Both have strong music DNA and Nocito proudly mentioned his musical family.

“My mother was a singer and I only ever wanted to do music, that’s it. And here I am. Lucky me”. 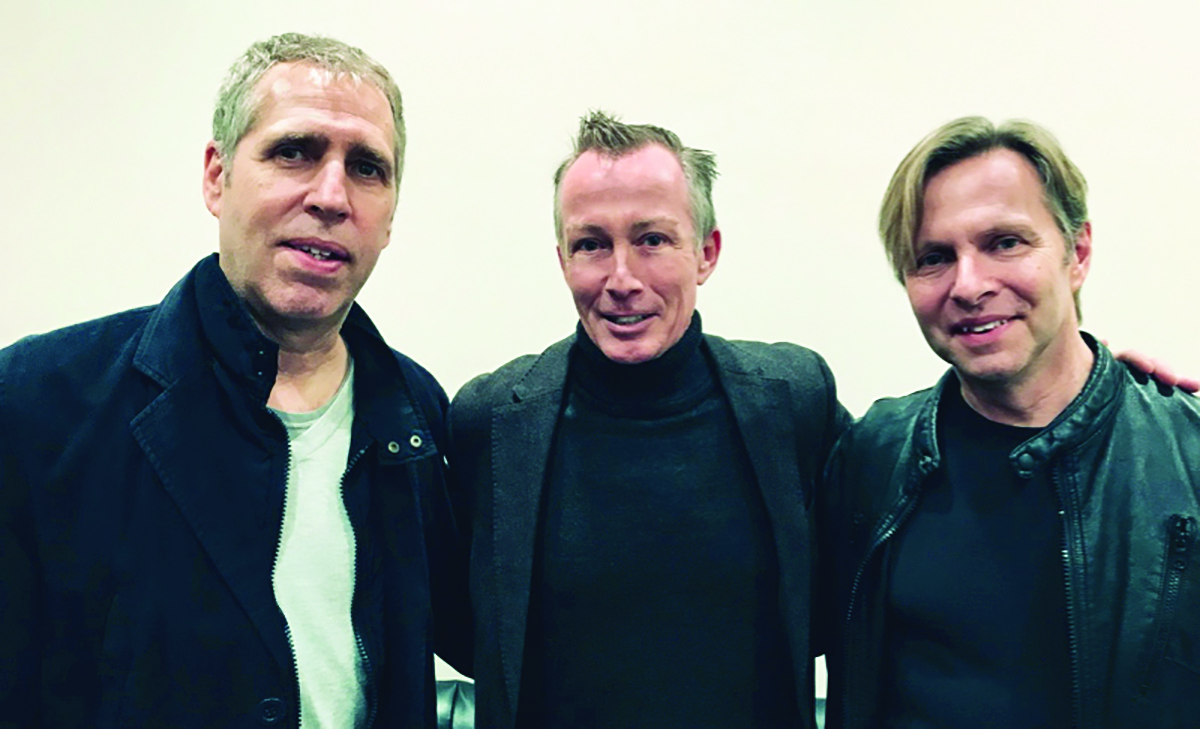 With Nocito (left) and Datchler (right)

However, things got off to a slightly uncomfortable start when the band’s name was inspired by an off-the-cuff comment by Nocito’s brother-in-law, Johnny.

Datchler recalled: “My dad was a very successful jazz musician. And if you like or know jazz, you’ll know they’re very protective of their genre. When he heard I was in a band called Johnny Hates Jazz, he didn’t speak to me for a month. It was serious stuff. And then he became my biggest supporter”.

Aside from Johnny, do Datchler and Nocito them­selves hate jazz?

“I’ve always loved jazz,” Nocito assured me, and Datchler echoed that. “Yeah, we grew up listening to all kinds of music, both of us, because, if you grew up in the ’60s, ’70s, you didn’t delineate against genres so much—especially if you were a musician.

“I was as influenced by The Beatles as I was Stevie Wonder, Nat King Cole and Ravel. Good music is good music. I love that Quincy Jones said recently in a documentary, ‘There’s only two kinds of music: good music and bad music’”.

Nocito cut in, “Clark writes the songs, and there are a lot of jazz chords in there”.

Nearly three-and-a-half decades have passed since Johnny Hates Jazz was founded in 1985. Have their musical tastes changed over the years, either personally or professionally? I had to ask.

“It’s weird, because modern music just does not talk to me for lots of reasons,” said Nocito. “I’m from the background of making the records—engineering and producing—so, when I listen to modern records, I don’t know the provenance of it, because of auto-tune, because of the computers making it. I don’t know what’s real or what isn’t real, so it doesn’t speak to me”.

Datchler picked up on the computer connec­tion. “It’s a weird thing, because, in some ways, it’s a precursor to the rise of artificial intelli­gence. I will not be surprised if the human were removed at some point from the record-making process. I actually think it’s started to happen—and that’s an incredibly, deeply worrying thing”.

And then they paused. “What a downer answer we’ve given,” Nocito said.

“We often hear the phrase ‘the consumption of music,’” added Datchler. “[As if] music is consumed. We never used to consume music; we used to listen to it. That phrase was never used. It’s not a cheese sandwich, it’s a song, it’s a symphony. So, in that sense, that’s how music has changed”.

Turn back the clock 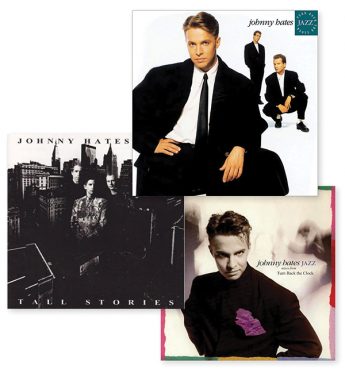 I thought that this was a good moment to flash back to the 1980s and the exciting early times for Johnny Hates Jazz.

Nocito recalled how thrilling it was. “It was the start of MTV. If you look at a graph of music, there was a peak there in the ’80s. Because of MTV, all of a sudden, you could sell millions and millions of albums, whereas artists in the ’70s never thought about that—and nowadays you can’t [either.] It was very exciting. However exciting you could imagine it could have been, it was”.

To that end, Datchler told me about an unexpected encounter he had in a TV studio in Holland.

“This was very early on. ‘Shattered Dreams’ had just been a hit, and I was lying down on a couch in one of these artist’s dressing rooms, just getting some rest because we were promoting and recording so hard at that time. I felt a tap on my shoulder. I opened my eyes and looked up and it was George Harrison. He looked down at me and said, ‘I love that record of yours, “Shattered Dreams”’. I was shocked. One of my heroes. I remember just looking up at him and saying, ‘I like yours, too!’ That was a lovely moment”.

Keep me in mind 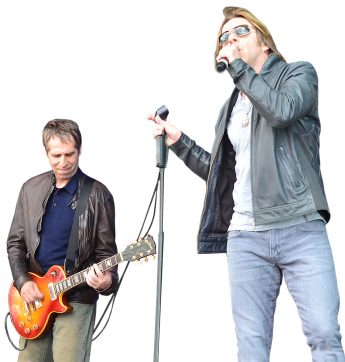 There are many people who want to keep ’80s music alive with dedicated festivals, TV and radio shows. Of this, Datchler said: “I think it’s a wonder­ful thing, and hopefully a testament to the level of song-writing and record-making that existed in that time. Mike puts it well—the fact that it was the peak of a revolu­tionary process in a way, because you had song-writing that was based on ’60s and ’70s song­writers. [These were] classically written songs combined with the advent of technology—drum machines, synths—and so it created this moment in time of these two eras coming together that I can’t see ever being repeated”.

Nocito recalled the first time he heard a sampler. “It sampled for a millisecond, but it was the most unbelievable thing. We could put in a little snare drum or a tambourine, and it could trigger off. Actually, I’m now being a hypocrite, because I’m now saying the stuff that I hate about modern music—you know, cheating, just get someone to play it. We were doing it”.

Our conversation ended where it started: with Nocito’s brother in-law. I had to know if Johnny still hates jazz.

“Funnily enough, about a year ago Johnny said, ‘I have to admit I just bought a Miles Davis album’. So, Johnny moderately dislikes jazz now. But that’s not as catchy of course!”