The island of Kyushu, just like the rest of Japan, is blessed with a range of natural beauty. As the southernmost of the country’s four main islands, it enjoys a subtropical climate, a long coastline, mountainous areas and hot springs. The springs have been produced by the island’s numerous volcanoes, which include the nation’s largest active one, Mount Aso.

From vibrant cities to historic towns and natural beauty, each of Kyushu’s nine prefectures has something incredible and distinctive to offer.

Thanks to the island’s historical connections to the UK, there is a strong appeal for British visitors and much for them to explore. Indeed, Kyushu’s tourist organisations are now tapping into this link to drum up further interest. 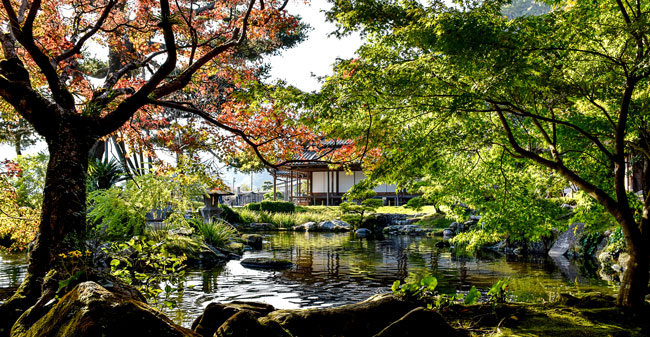 Comparing Kyushu’s many cities, Alex Bradshaw, public relations manager of the Sengan-en stately home in Kagoshima, said that, “for city breaks, Fukuoka and Kumamoto have a kind of cool cosmopolitan vibe, while Nagasaki and Kagoshima are far more laid back”. He added that it’s “not often you can say you can chill out in a Japanese city!”


Similarly, according to Graham Davis, owner of the Cottage Davis B&B on the island of Yakushima, just off Kagoshima, and a former member of the British Chamber of Commerce in Japan Executive Committee, “Fukuoka and Kagoshima are both fun and welcoming places, but the real attractions are in the countryside and on the islands. You can’t help but relax”.

Step back in time
The relationship between Japan and the UK began with the 1600 arrival of William Adams on the shores of Kyushu, in what is now Oita Prefecture. Since then, the island has borne witness to many events and interactions between the two countries. For those interested in the two nations’ shared history, there are a number of historical sites and monuments well worth visiting.

“Kagoshima’s connection with the UK is perhaps stronger than almost anywhere else, and possibly one of the strongest in Japan”, said Bradshaw.

The city’s Gion-no-su Park, for example, marks where began the Anglo–Satsuma War, a short conflict in 1863 between the Royal Navy and the Satsuma clan. The remains of a battery are located in the park, while nearby a stone bridge and memorial commemorate the battle. The Site of the Shin-hato Battery also marks where a clash took place. 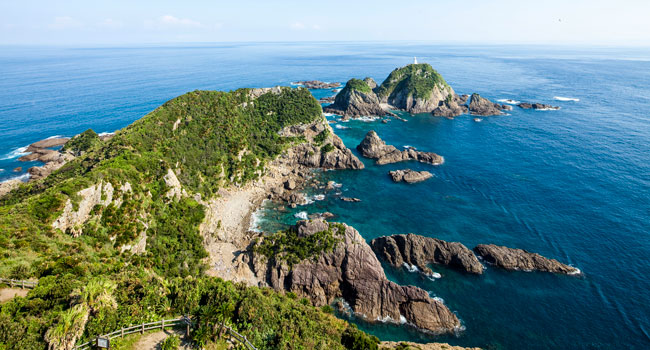 On a more peaceful note, a visit to Sengan-en, a stately Japanese home with unbroken views over the bay, is a pleasant way to spend an afternoon.

Strengthening the UK link, members of the British Royal Family visited the historic gardens and cultural complex in 1922. Next year, Bradshaw intends to step up Sengan-en’s marketing to Europe and particularly to the UK.

The site also encompasses buildings that were an important part of the Meiji Restoration (1868), which saw Japan modernise and come under the influence of the Western world.

The neighbouring grand house, Ijinkan, also known as the Foreigners Residence, is where a group of British engineers were employed to teach modern manufacturing techniques to local individuals.

Meanwhile, Shoko Shuseikan, a machinery factory on the grounds of the house, further showcases this history and recently became a UNESCO World Heritage Site. 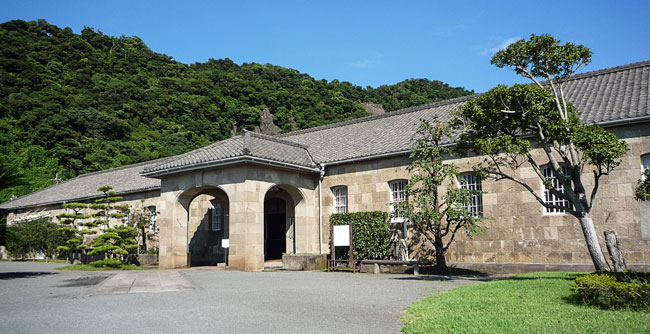 But it isn’t just Kagoshima that boasts extensive links to the UK. Thomas Glover, a Scottish merchant who lived in Nagasaki, is an important figure in Japan–UK historic relations and he played an integral role in the modernisation witnessed during the Meiji Restoration. Today, his residence, in the Glover Garden, is the oldest Western-style building in Japan and attracts millions of visitors each year. This historic mansion offers broad views across the port, as well as a fascinating glimpse of life in Glover’s time.

Bonding with nature
But there are a number of more contemporary attractions, too. The UNESCO-listed island of Yakushima, for example, has a dense, remnant of an ancient forest that is unique in the region—some trees dating back thousands of years—as well as beaches and luxury resorts.

“The big tourist spots are heavily promoted, but there are many others, such as Yakushima, that are word-of-mouth destinations”, said Davis. “I think it is a good balance. And the number of small, independent restaurants, hotels, pensions and tourist facilities means that there is great variety and imagination. I think this is something special to Kyushu”.

It is this blend of sights, activities and environments that draws many people to the island.

“For British travellers, the lure of Kyushu is really the outdoors, the smaller more relaxed cities with authentic nightlife, a sense of adventure, and also the sea”, said Bradshaw.

“It’s a bit like the Cornwall of Japan”, he added.

And Kyushu–UK links persist to this day. Intrepid James Bond fans might be interested in visiting Minami-satsuma City in Kagoshima, since the area of Bonotsucho served as the location for the grand waterfront villa in You Only Live Twice, which was filmed exactly 50 years ago.

Tuck in
In terms of wining and dining, British tourists will feel right at home with the range of culinary choices across Kyushu. From Shiroyama Hotel’s award-winning craft brewery, which produces and distributes London Ale across Kagoshima, to Mars Whisky’s newest Tsuniki Distillery, where you can taste their whisky that has been distilled in special conditions to cope with the heat of the subtropical climate.

Nagasaki’s history as a huge trading port, meanwhile, has led to noticeable Western influence over the city’s features, something that manifests itself in its famous culinary scene, which is an East-meets-West fusion. For example, Kagetsu, a traditional Japanese restaurant or ryotei, boasts Dutch and Chinese influences in both the restaurant’s design and the food it serves, making for an interesting dining experience.

Back on Yakushima, Cottage Davis welcomes British tourists who “want to enjoy Yakushima and what it has to offer from a comfortable base, so we offer … great food and wine”, said Davis, whose wife is a chef and ran a restaurant in Tokyo for 15 years. “Our breakfast is Western-style, and we are very proud of it. It is great to see people leaving for their day ahead on a full stomach!”

Bradshaw pointed out that the Kyushu–UK shared history continues to develop to this day.

“Trade was initially established between the two countries in the early 1600s at Hirado”, he noted. “More recently, Eddie Jones, the England rugby coach, has decided to use Miyazaki as his base camp for the 2019 Rugby World Cup”, another thing that will no doubt help put Kyushu on the map for British tourists.