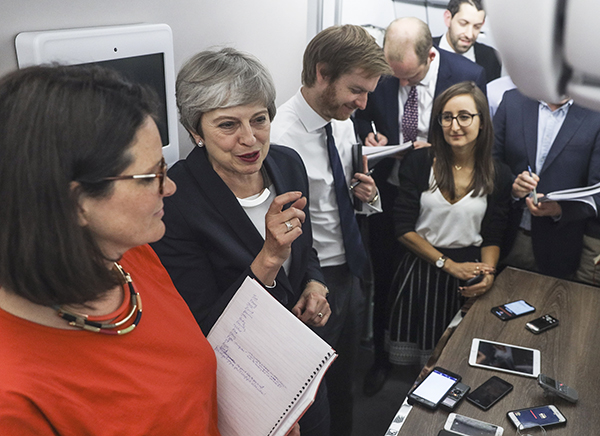 World leaders flew into Osaka on 27 June amidst a heavy rain storm. We huddled under our umbrellas, waiting for the Prime Minister and Mr May to come down the steps of the aircraft. Our motor­cade, with police outriders, sped back into the centre of Osaka. Impressive how fast you can move through a city when they close the motorway to other traffic. Osaka Castle looked splendid towering above the metropolis, as always.

It was not the easiest meeting for the Japanese hosts. There were fierce debates on issues like trade and climate change, but they managed to find a way through and emerge with a consensus communiqué that maintained momentum on climate change commitments of the 2015 Paris Agreement.

Outside of plenary sessions, an important element of these big international meetings is the opportunity for leaders to meet each other individually. At the Intex Osaka exhibition centre, where the summit was held, famous faces—Presidents Trump, Xi Jinping, and Putin—swept past with their entourages.

Theresa May had meetings with a number of counterparts, including Prime Minister Shinzo Abe, who spoke warmly about the strengthening of the UK–Japan relationship during her term of office.

Earlier in the month, we had a particularly busy weekend in Tokyo when three British ministers came through for separate G20 meetings. Chancellor Philip Hammond spent a day in Tokyo meeting members of the Keidanren—the Japan Business Federation—and key business leaders, including Masa Son of SoftBank, a major investor in the UK. Then he travelled down to Fukuoka, where Finance Minister Taro Aso was hosting his ministerial colleagues on his home patch.

Trade Secretary Liam Fox was in Tsukuba for the trade ministers’ meeting. It was his third visit to Japan since I have been here—a sign of the priority that he attaches to Britain’s trade and investment relationship with the country.

Margot James, minister of state at the Department for Digital, Culture, Media and Sport was also in Tsukuba for a meeting of digital ministers. The two groups of ministers joined for a session to discuss the important issues around trade in digital services, a growing concern for the international community. Prime Minister Abe picked up the theme in Osaka, with his call for “Free data flows with trust”. The excitement of the summit may now be over, but Japan still has four more G20 ministerial meetings to host in the autumn.

Just to make that weekend even busier, former Prime Minister David Cameron dropped by my Residence. He was in town delivering a speech. I was able to give him a briefing on recent developments in UK–Japan relations.

Some 30 years ago, when I was first living in Japan as a young embassy language student, I was fortunate to have the rare opportunity of doing a three-month secondment to the Ministry of International Trade and Industry, as METI—or the Ministry of Economy Trade and Industry—was then called. It was a fascinating experience, to see the work of a ministry which, at the time, was famed around the world for its role in Japan’s post-war economic miracle. 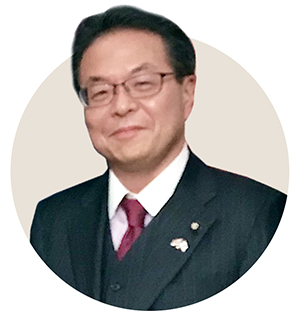 So it is always a pleasure to be working with METI now­adays. We have a number of areas of collaboration. METI Minister Hiroshige Seko (right) came round to my Residence for a very enjoyable private dinner in June. Earlier that day, we had both taken part in an event called J-Startup. This involves a group of promising young Japanese start-up companies who are expected to have signi­fi­cant growth potential. For the second year running, we have invited these companies to take part in a study tour to the UK so they could see for them­selves the potential for working with Britain.

Another important trade partner is the British Market Council. This group was formed by the leading Japanese trading houses more than 25 years ago to help identify opportunities to promote British exports to Japan. The rotating presi­dency is currently held by Teruo Asada, Chairman of Marubeni Corporation. The Council is a valuable source of advice and networking, but it also generously contributes to a fund which enables us to organise specific trade promo­tion initiatives. In June, it was a pleasure once again to host their annual general meeting at the embassy. 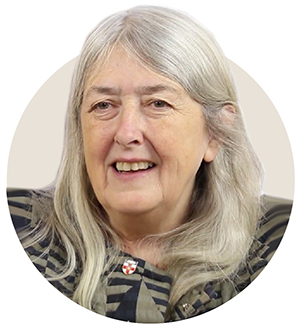 I was briefly back in the UK in mid-June to attend the annual Foreign Office leadership conference when British ambassadors from around the world gather back in London. We heard from the Foreign and Development Secretaries, and various senior officials. This year’s celebrity guest was Professor Mary Beard, the Cambridge classicist and television presenter, who talked very persuasively about female inclusion.

Whilst in London, I called on a number of ministers and senior officials. I joined several colleagues from other Asian posts in briefing members of the Inter-Parliamentary Union committee at the Houses of Parliament. And I did a briefing for the Japanese press corps in London. My predecessor, Tim Hitchens, who is now the head of Wolfson College, Oxford, kindly invited our Ambassadors in Beijing and Seoul, as well as me, to Oxford for a day of seminars on political and economic aspects of North-East Asia.

Fernando Arias, the director-general of the Organisation for the Prevention of Chemical Weapons, came through Tokyo, and I was able to attend a lecture which he gave under the auspices of the Japan Institute of International Affairs. His important international organisation, based in The Hague, was less well known to the general public before the Salisbury chemical weapons attack on 4 March, 2018. Since then, it has, of course, become much better known and played a key role in helping to identify the Novichok nerve agent. Japan, like the UK, has been a strong supporter of the agency. 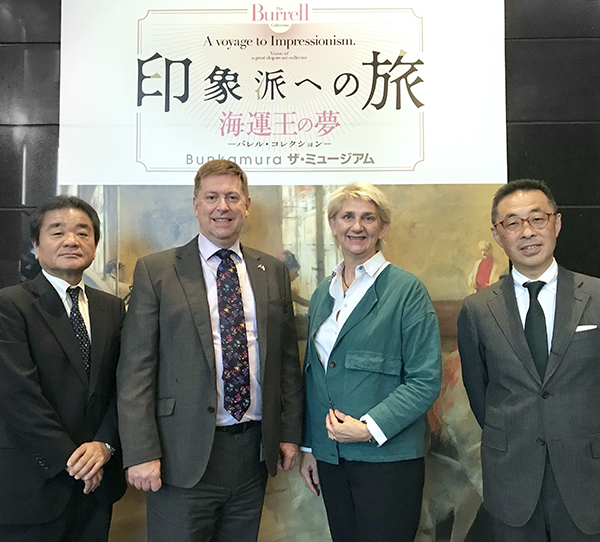 It is always a pleasure when one of Britain’s many great museums is able to loan objects from its collection for an exhibition in Japan. This month, we enjoyed going to Bunkamura to see an exhibition called “Towards Impression­ism”, featuring items on loan from the famous Burrell collection in Glasgow. After Tokyo, the show will move on to Hiroshima and Shizuoka. 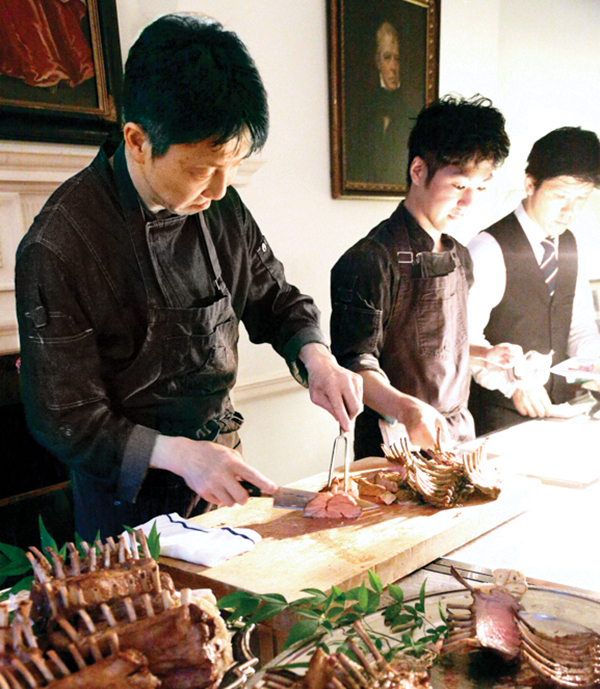 I have mentioned before that we have just secured access to the Japanese market for Welsh lamb. It was a pleasure to host a dinner at my Residence, with a 10-course tasting menu composed largely of Welsh lamb prepared in different ways.

To be honest, I had not realised that there were so many ways you could prepare lamb. The event was attended by food buyers and chefs from top Tokyo hotels and restaurants. They seemed very impressed by the lamb on offer, and we hope this will develop into a promising new export channel.