A 14-strong dance team from The Wavell School, in Farnborough, Hampshire, took the prize for the Most Inspiring performance at the Rock Challenge 2011–2012 in Tokyo.

The event was staged at the Shinjuku Bunka Centre on 3 February, with 11 teams performing a dance-dramatisation of a story. The Rock Challenge was marking its fifth year in Japan, although the event had been put off from November because of the lingering impact of the Great East Japan Earthquake.

With that in mind, the theme of this year’s challenge was “Heal through the Arts”, and The Wavell School won a standing ovation for the way in which its performance culminated in the dancers of all the 10 preceding groups involved in a tightly choreographed routine.

“We have used ‘In Your Eyes’, by Peter Gabriel, and worked with a classical orchestra to get across the idea that, even when you feel you are on your own, when things are tough, there is always someone there who will help you”, said Phil Branch, director of the school’s expressive arts programme and director and choreographer of its annual Rock Challenge campaign.

“We choreographed the last two minutes of the performance so that all the dancers from the Japanese schools could join us on the stage”, he said. “We really want to show them—and the whole of Japan—that they are not on their own after these tragedies, that we are thinking of them”.

Those views were echoed by Branch’s pupils, who were brought to Japan thanks to the generous sponsorship of Virgin Atlantic, the Sasakawa Foundation and Kyocera.

“We just wanted to show our support for everything that the Japanese have gone through in the last year”, said Salina Rai, aged 16.

“Our visit out here was planned before the disasters, but we have not been put off at all”, she added. “The people we have met have all been wonderful and it is very interesting to see how their lives are different to ours”. 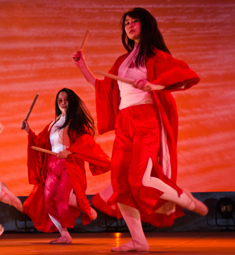 The Rock Challenge was started in Australia in 1980, and has since spread around the world. Bringing together the disciplines of dance, drama, music and design, it aims to increase awareness of social issues and help inspire, empower, encourage and support youngsters.

While more schools took part this year than in 2010, Michael Di Stasio, the producer of the event, nevertheless would like to see more support from Japanese schools.

“The main problem is that schools are busy at this time of the year and it does take time to prepare for something like this”, he said, although he added that Japanese schools are often reluctant to get involved in an activity that cannot be assessed in an exam and is not going to directly help pupils get a job or a place at university.

“If you phone up 10 schools in Australia, one of them will be keen to take part”, he said. “Here, it’s more like one in 1,000. We’re not trying to change Japan, but we would just like to add some new value by bringing dance into the curriculum”.

The award for the best dance performance went to the Austrian Ballet School for a powerful piece titled “Wood Spirits”, while the 12 students of the American School in Japan took the prize for the best storyline for a performance featuring a battle between zombies and the human survivors of an apocalyptic explosion of the sun.

Nagoya-based TC Sprout won the award for best costumes in their homage to Ultraman in the year the super-hero turns 45, and the Columbia International School took the Absolutely Cute award.

Humbled on the pitch when they played a Rugby School touring team last year and failed to score but conceded 109 points, the boys of Toho Gakuen High School put in a more impressive performance with a routine called “Viva La Vida” that took the Audience Favourite award.

Kamata Girls’ High School lifted the Best Concept award, with Hana Enterprise walking away with the prize for Most Energetic Performance and the Sho Kosugi Institute taking the Best Action award. 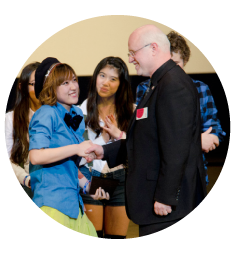 “The energy, commitment—the sense of passion—that was communicated to the audience, it is all so refreshing”, said Steve McClure, producer of the online McClure’s Asia Music News and one of the four judges. “I think the kids have all done fantastically well and it’s great to see so many happy smiles on so many faces”.