They may be small and easily overlooked, but tiny numbers and letters on thousands of components, used in every vehicle that is on roads here and in Europe, certify that seatbelts will protect the driver in the event of a collision and that tyres, brakes, window glass and a myriad other parts meet international safety standards.

Should the marking happen to be E11 or e11, the component, system or vehicle has been approved by the Vehicle Certification Agency (VCA), an executive agency of the UK’s Department for Transport.

Meanwhile, for cars coming out of the Asia-Pacific region, the task of ensuring that they meet safety requirements falls to Michael Mulvaney and his team of 10 at the VCA offices in Nagoya.

“When I first came here, 16 years ago, there were around 40 different standards, but regulations on side impacts, lighting systems, steering wheels and dozens more items have been added, so we’re up above 100 now”, said Mulvaney, who is originally from Weston-super-Mare. 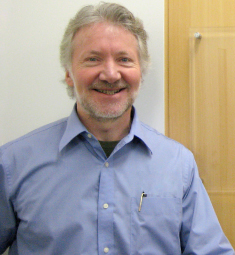 “VCA’s business is the certification of vehicles, their systems and components to EU and United Nations Economic Commission for Europe type approval, safety and environmental standards”, he said. “Type approval contributes to the removal of non-tariff barriers to trade through the harmonisation of technical standards. A pretty significant percentage of global trade is in motor vehicles, so anything that facilitates that is of benefit to society as a whole”.

The Holy Grail for the auto industry, he said, would be a single set of standards that covers every country in the world, enabling manufacturers to build a single product that could be sold anywhere.

But that is some way off yet, agrees Mulvaney.

Headquartered in Bristol, the VCA has test facilities in Nuneaton and an office at the Millbrook Proving Ground, near Milton Keynes. The organisation also has long-established offices in the US: in Northville, Michigan, and Ashland in Ohio.

Operations across the Asia-Pacific are led from Nagoya, with representatives in Malaysia, South Korea and Australia, as well as another office handling China.

Nagoya was selected as the hub of operations for Japan due to its location at the centre of Japan’s domestic car industry, which stretches from Hiroshima in the west to Tokyo and beyond, according to Mulvaney. He added that the location of Central Japan International Airport makes it easy for him to travel to Taiwan, South Korea and other key markets.

The VCA prides itself on providing expert international test and certification services for vehicles and vehicle parts, with its approval certificates recognised without question throughout the European Union, the wider European Economic Area (comprising the 27 member states of the EU plus three of the four states of the European Free Trade Association) and the United Nations.

The VCA’s core operations revolve around type approval and ensuring conformity of production. In addition, the agency provides certification and training for management systems, enforcement in areas such as emissions and noise regulations, and even packaging of dangerous goods.

It is ahead of rival certification organisations thanks to its exclusive focus on the auto sector, as well as more than 30 years of experience, a global network that enables it to move quickly, and in-built flexibility, Mulvaney says.

That flexibility was demonstrated in the aftermath of the Great East Japan Earthquake of March 2011, when so many auto parts manufacturers in the north-east of the country were affected. VCA quickly was able to provide approval for components manufactured at alternative plants and get production lines running again.

The agency’s skills were again tapped in the summer, when manufacturing facilities in Thailand were flooded.

“We work together with the manufacturers in a spirit of trust and cooperation because we want to be enablers and do all that we can to help those firms get their products to market as quickly and efficiently as possible”, he explained.

In addition, he dismissed the notion that Britain no longer has a domestic auto industry.

“Honda are in Swindon, Toyota are in Derby and Nissan are in Sunderland, so I would say that we have a very strong motor industry in the UK”, he said.

“It’s just that the factories are owned by companies from overseas”.