When Prime Minister Shinzo Abe headed to China for the G20 meetings in September, he had with him a letter for Britain and the European Union produced by multiple Japanese government departments and business leaders. Its subject was Britain’s vote to leave the EU—Brexit—and the demands the Japanese had for the two parties as the latter worked towards an amicable divorce.

The letter was polite but firm. It should trouble all parties. Among the main focus of its content was the fate of agreements that are likely to have an effect on conditions for automakers. Japan is concerned that any split would have a harmful effect on automakers such as Nissan Motor (GB) Limited, Honda (UK) and Toyota (GB) PLC, which have manufacturing bases in the UK.

“Tight and integrated value chains have been established between the UK and the EU; with the imposition of duties, manufacturers—especially of automobiles—could have such levies imposed twice, once for auto parts imported from the EU and again for the final products assembled in the UK to be exported to the EU, which would have significant impact on their businesses”, the letter reads.

Government statements since the letter was delivered have confirmed that it was written after consultation with numerous businesses to get an understanding of their views on Brexit.

“We are unable to disclose specific names of the Japanese businesses since we do not have their consent, but one thing we can say is that we covered as many Japanese businesses as possible, from large corporates to SMEs”, a Japanese Ministry of Foreign Affairs official said.

Surveys back up the claims made in the letter. Research firm Teikoku Databank Ltd. recently found that 51.3% of more than 10,000 Japanese businesses it questioned expect Brexit to have a negative impact and a further 35.8% believe the situation remains opaque. So what does this mean for the auto industry? 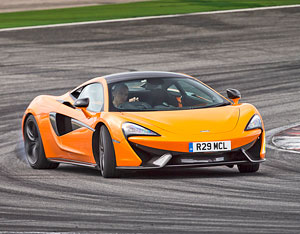 Costs could be a long-term issue for British car manufacturers.

Murky future
For now, very little. British Prime Minister Theresa May has repeated “Brexit means Brexit” like a mantra, and there is little evidence that anybody in a leadership position has a stronger idea concerning how any split may look.


Automakers, given the circumstances, are staying calm. Major Japanese manufacturers have told BCCJ ACUMEN that they are taking a wait and see approach for the time being. British auto firms operating in Japan have a similar approach.

Jaguar Land Rover has said that, from its perspective, there is little to worry about for now in terms of the impact of the vote.

“It is business as usual for Jaguar Land Rover”, the firm said in a statement. “We remain a British company committed to all our sites and investment decisions. We are still a key part of the European automotive business and economy, and that will continue.

“There will be a significant negotiating period, and we need to understand more about that as details emerge”, it said. “We will work hard with all parties to ensure that the importance of the British automotive industry is fully understood at every level of the negotiation process”.

Justin Gardiner, brand manager of Caterham Cars Japan, was more direct about the anticipated impact of Brexit on his firm here.

“For us, [there is likely to be] short term gain, [and] possible long term pain”, he said. “The rapid devaluation of the pound has meant that we can reduce the price of Lotuses and Caterhams. But, all our cars are produced to European Community Small Series Type Approval (EC SSTA) standards, which not only give us access to all of the EC without taking the same stringent tests as mainstream manufacturers, but are also respected by the Japanese regulatory authorities”.

Gardiner wonders what happens to these beneficial standards after any split.

“Once we’re out, what benefit does the EU have in maintaining this system?” he asks.

Costs coming?
McLaren, another British automaker, also says that the currency movements of the past few months, which have sent the yen into the lower 130s against the pound, from ¥150–160 before the vote took place, is not enough to satisfy consumer worries.

If parts produced elsewhere in Europe are subject to tariffs after Brexit, or other barriers go up, then price hikes may be inevitable. Additionally, the position of the pound against the yen does not appear to have found solid ground. After creeping towards the 140 mark a couple of weeks ago, comments by former UK Independence Party leader Nigel Farage demanding a “hard Brexit”—presumably meaning one that tackles immigration, but which would likely also prevent access to the single market—sent the currency back towards 130.

Hirano, though, says there is plenty that Britain can offer Japan.

“We have excellent navigation systems and safety devices for Japanese cars”, he said. “The UK has to study the Japanese market”.

Years before the referendum decision, Gardiner had done just that, demonstrating what a little resourcefulness can achieve.

As a journalist, he learned the intricacies of Japan, including its unique rules on so-called kei cars—light vehicles that are afforded tax breaks and which make about one-third of the passenger car market. He suggested to Caterham that they tweak their vehicles to make them into kei cars in Japan, something the firm has done with great success.

Today, he says Caterham and other British cars have a strong presence in Japan that is likely to endure.

“UK cars are intrinsically suited to the Japanese market”, he said. “Jaguar Land Rover are going great guns and, with the size of Japanese roads and proximity of fabulous driving roads in the mountains, it is easy to see why Japan is the biggest market globally for both Lotus and Caterham, before we even begin to talk about the kei”.