Maybe it is the muted growl of the 3.5 litre supercharged V6 engine. Perhaps it is the elegantly flowing lines of the bodywork. Or, possibly, it is the eye-catching starburst-yellow paint job. Whatever it is, the Lotus Evora 400 is turning heads wherever it goes.

The 2017 edition of the Japan Lotus Day

The Evora was first released in 2009, but its designers have added an extra 50hp to the latest version, with the 400hp now enabling it to hit 60mph in 4.1 seconds and giving it a top speed of 186mph.

Those vital statistics are going to make this car extremely attractive to existing Lotus owners and, it is anticipated, a new generation of drivers, who want the experience to be about the person behind the steering wheel, not about the car.

“We have quickly learnt that this is a car that, as soon as someone puts their hands on the wheel, they want it”, said Justin Gardiner, of LCI Limited.

“We do lots of events up and down the country—I’ve actually not had a weekend off since the start of February—and the number of people who sign up for a car at those events is incredible”, Gardiner told BCCJ ACUMEN.

“And that includes drivers of other comparable cars”, he added. “I have had an owner of a top-of-the-range Porsche tell me that he just does not get the feedback from his own car that he got from driving a Lotus. In those cars, the most important part of the equation is the vehicle; in a Lotus, the experience is all about the driver”.

The Evora is probably most at home on a racing track, but can still enjoy a run on Japan’s motorways.

The driver’s position is close to the ground, which gives an additional sense of speed, and the slightest dab on the accelerator shoves anyone inside firmly back into its leather-trim seats. That acceleration puts the Evora solidly in the supercar bracket, with the rear sport diffuser required to deliver an extra 23kg of down-force to make it adhere to the road better.

And flicking between regular driving mode and racing mode takes the engine noise from a growl to a deep throbbing reverberation that hints at the power that is just waiting to be unleashed.

The external styling comprises graceful, near-liquid lines from the low-slung snout all the way back to the spoiler, while the interior has been cleverly laid out for the convenience of the driver. And while technically the Evora has two rear seats, they would be uncomfortable for anyone who is not short.

Visibility is a little tricky—a glance in the rear-view mirror mostly serves to confirm that the engine is still in place—and the car is a touch on the wide side for many of Japan’s narrow streets, but these are truly minor quibbles.

All that for less than ¥13.1mn for the automatic version in Japan, or a shade over ¥12.5mn for the manual.
“This is by far the most expensive model that Lotus has ever built, but when owners of Porsches, Maseratis and other similar cars look at it they can’t believe what a bargain it is”, said Gardiner.

Proud legacy
Lotus believes it is also a car of which Colin Chapman, who founded the firm in 1952, would be proud. He famously had a number of tenets for cars that bore the iconic Lotus badge and these are still applied today. A legacy of his time as an engineer in the RAF, Chapman insisted on making his cars lighter while other designers insisted more speed would come from bigger engines.

That mantra is evident in the Evora—for a big car, it still weighs a mere 1,395kg.

Under Chapman’s direction, Team Lotus won seven Formula One Constructors’ titles, six Drivers’ Championships and the Indianapolis 500 in the United States between 1962 and 1978. On the production side, the firm was able to release relatively affordable cars that were still technologically advanced and aesthetically pleasing.

Perhaps the most significant indicator of the brand’s continued pulling power is the fact that it is one of a handful of British performance car builders that is still in business. But that is not to say that the firm has been through some testing times, with the economic crises of the 1970s meaning that output had shrunk to just 383 cars in 1980 from 1,200 cars only two years earlier.

The firm signed an agreement with Toyota Motor Corp. in 1982 to exchange intellectual property and applied expertise, and there were discussions over the Japanese auto giant buying the firm outright—a move that Gardiner believes would have been a win-win for both firms—but the deal never materialised. Yet the two firms still collaborate closely and the Evora is fitted with a Toyota engine that can be found in many of the Japanese firm’s own vehicles—with the supercharger making all the difference.

In the intervening years, the brand has been held by General Motors Company of the United States, the firm behind Italian brand Bugatti and Malaysian car firm Proton Holdings Berhad. 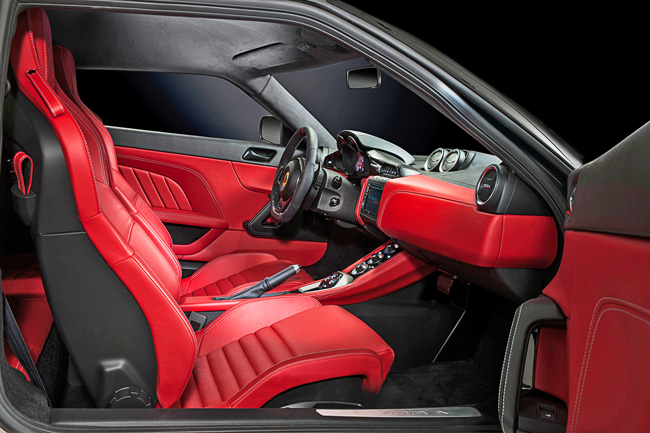 The interior of the Evora 400

Down the road
In June, Chinese car giant Zhejiang Geely Holding Group finalised the purchase of a controlling stake in the firm for a reported £100mn.

And Gardiner believes that Geely’s track record with Volvo, another famous brand that it purchased, means the outlook is extremely bright for Lotus. Instead of imposing its own ideas on the Swedish firm, he points out, Geely has made it clear that Volvo already has a solid reputation and just needed new investment.

“They have looked at Lotus and recognised that the firm is one of the most technologically advanced manufacturers in the world and has the ability to make a profit in low-volume sales, and I would say that Lotus is going to be back in a big way in the next couple of years”, he said.

Even today, each Lotus car is hand-built at the firm’s factory in Hethel, just outside Norwich in Norfolk, with just 2,000 vehicles produced each year.

Gardiner believes that the arrival of the new Evora will see sales rise to around 500 units a year, making Japan an extremely important market for the firm.

“Japanese people like Lotuses because they are small, they are agile and they are very efficient for the size of the engine that they carry, and that is largely because of the work that has gone into minimising the weight”, he said.

“But there is also an emotional attachment to the brand among many Japanese”, he added. “Older generations will remember the black-and-gold John Player Special Formula One Lotus racing car, while Ayrton Senna made his F1 debut in a Lotus with a Honda engine alongside Satoru Nakajima.

“That sort of detail really just resonates well with people who know their cars here—along with the fact that it really is just an excellent piece of engineering”.