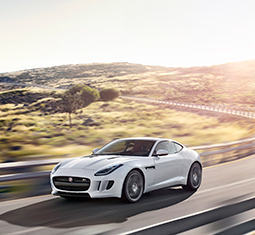 We Brits make brilliant big-screen baddies. From the dripping fangs of vampire Christopher Lee in any number of Hammer Horror films, to Sir Anthony Hopkins’s portrayal of Dr. Hannibal Lecter; from Alan Rickman as the sheriff of Nottingham in Robin Hood: Prince of Thieves, and Jeremy Irons in Die Hard: With a Vengeance, to Ian McDiarmid as the Emperor Palpatine, the principle villain in Star Wars: Episode V—Return of the Jedi.

All of them are convincingly nasty.

Even Vinnie Jones has turned out to be arguably a more convincing villain in films such as Snatch than he ever was as a hard-as-nails midfielder at Wimbledon FC. He also earned himself a special place in the hearts of Japanese fans of hoodlum movies for his depiction of a curious hitman in director Gen Sekiguchi’s 2005 film, Survive Style 5+.

And baddies don’t always have to be full-blown thugs. Who can forget Arthur Daley, the scheming and dodging wide-boy with a taste for top-notch motors—such as his beloved Daimler, then a part of the Jaguar stable.

British actors sneer well. They condescend. They instil fear with a glance or a single word. They are not afraid to wield a vicious-looking weapon, whether that is sharp teeth or a sawn-off shotgun. They can send chills down the viewer’s spine.

Plus, they are pretty good at convincing viewers that they want nothing less than world domination, and no one is going to stand in their way—always a handy attribute for a villain to have in his locker.

And no British bad boy would be seen dead in a car that delivers anything less than power, style and precision—all with an edgy hint of danger.

That describes the new F-Type coupé to perfection, as the renowned British carmaker launches its campaign—“It’s Good To Be Bad”—to showcase its latest creation.

Starring Sir Ben Kingsley, Tom Hiddleston and Mark Strong—suave and menacing in dark suits and with clenched jaws—the campaign coincided with a special event marking the launch of the new F-Type at the British Embassy Tokyo.

Invited guests—including local celebrities Anna Tsuchiya, Angelica Michibata and Melody Yoko—were able to admire the sharpest two-door coupé to emerge from Britain in half a century.

There was no word on what Japan-based Italian celebrity Girolamo Panzetta thought of the car, which will inevitably turn heads as soon as it gets on an Italian motorway.

“Britons are, without a doubt, statistically over-represented as baddies in Hollywood films”, said Gavin Blair, the Japan correspondent for industry publication The Hollywood Reporter.

“It’s probably the look and the attitude more than what they say in any of the movies”, he said. “We do that brooding, menacing presence really well.

“And we must remember that [we] Brits also play the bounder and cad parts very well”, he added. “It’s our milieu and we’re impressive at it—although it’s probably best not to ask a British actor to try a Latin-lover-type role”.

The launch of the Jaguar F-Type in Japan is accompanied by the television commercials, “Good to be Bad” and “British Villains”, with Sir Ben, Hiddleston and Strong putting the powerful car through its paces around London’s most famous landmarks.

The campaign is raising the profile of the iconic brand here in Japan—the location of one of the most infamous big-screen battles between good and bad.

Pleasence’s piercing stare, facial scar and a penchant for stroking a white cat all helped to create the cult of a criminal mastermind. Plus, he has his secret headquarters inside a volcano. What more could a supervillain possibly want?

Given Blofeld’s fate, perhaps he could have used a getaway car. The Jaguar F-Type fits the bill for that role.

As part of the launch campaign, the Jaguar website is offering tips on the art of villainy.

There are tips on how to sound like a baddie, underlining the importance for a villain to have an understated threat. After all, there’s no need to shout when presence alone gets the message across.

Then there are looks. A villain always needs a sense of style, something that conveys that he means business. It never hurts, of course, to be ready to impress.

Any self-respecting villain needs to be able to think on his feet and, most important, to always have a trick up his sleeve to ensure that quick getaway, as well as to stay calm and controlled under pressure.

But most of all, it is vital to stay up to speed with the latest technology, all of which the F-Type has in spades.

Who is your favourite British bad boy film or tv star and why?
Simply post on Twitter or Facebook using #bestbadbritactor by 22 August for your chance to win the use of a Jaguar F-TYPE coupé for a weekend.
Terms and conditions apply.

Custom Media reserves the right to disqualify any entrant who does not meet the eligibility criteria.

If a winner is disqualified from the competition, an alternative winner will be chosen.

Winners unconditionally agree to the publication of their name and photograph in print and online and cooperation with or participation in any other reasonable post-competition publicity.

Custom Media reserves the right to expand this list as required without prior notice.

Winners will be chosen by a panel of judges by 31 August 2014. The judges’ decision is final.

Liability
The use of the vehicle is subject to availability and it may not be possible to accommodate the winner’s preference of which weekend to use the vehicle.

The winner will be contacted by Jaguar to arrange the schedule for use of the vehicle. Communication will be mainly by e-mail and can be in English if preferred.

The vehicle available is the F-TYPE coupé. Its grade, body colour or other features cannot be chosen or changed.

The winner must claim and make use of the vehicle by the end of 2014.

The winner will be responsible for:

Although Jaguar Land Rover Japan Limited, which offers the vehicle, has car insurance there are some exceptional or limited rules. Once the schedule is fixed, the winner will receive a written pledge—with detailed conditions—to sign in order to make use of the vehicle.