Within hours of arriving in Japan for the first time, Dr Richard Fairchild said he knew instinctively that it was the perfect place for Aurrigo PodZero autonomous vehicles—a conclusion supported by the amount of attention that his Union Jack-emblazoned pod attracted in the UK Pavilion during the recent 2018 Automotive Engineering Exposition at the Yokohama Pacifico Convention Centre.

“It’s a market with great potential for us because Japan faces so many of the same challenges that we have in the UK right now”, said Fairchild, director of Autonomous Mobility Programmes at the Coventry-based Richmond Design & Marketing Group.

“There is congestion in urban areas; there are an awful lot of people to move; there is a desire to cut carbon emissions and clean up the air in the cities; and there is an ageing population of people who do not want to give up their driving licences, because it would mean they would effectively be cut off”, he told BCCJ ACUMEN at the exposition, held over three days from May 23.

The Aurrigo pod is not designed to act as an autonomous vehicle on public roads but, instead, to transport people efficiently on the first or very last leg of a journey, such as within a sprawling airport complex, at sporting venues, shopping centres, science parks, university campuses, theme parks, heritage sites and facilities designed to care for the elderly and infirm.

Weighing just 650kg, the vehicle has space inside for four passengers and can travel 40km on a single charge at a top speed of 25kph. Critically, it has no steering wheel or pedals, and is commanded through an application on a user’s mobile phone.

Fairchild said that, to date, 10 units have been deployed in Milton Keynes, three in the Australian city of Adelaide, and one vehicle each in the cities of Houston, Texas, Ottawa in Canada and in Singapore.

With these vehicles already showing off cutting-edge British automotive technology, Japan is definitely in the firm’s sights for the next deployment of a pod.

“I can see a lot of potential synergies with companies here and, if the right partnership came up, we would very much like to move into this market and show just what we can do”, Fairchild said. 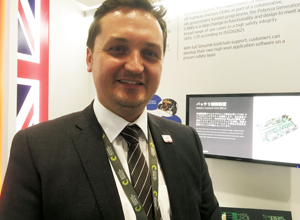 Adam Foster said Japan will be important for battery firms.

Battery technology
Twenty-three British firms and organisations took part in this year’s exposition, with the UK pavilion being the largest. The British presence also underlines the importance of the auto sector to the overall UK economy and the trade relationship with Japan.

More than 1.67mn passenger cars were built in the UK last year—almost half by Japanese carmakers—as well as 2.7mn engines. Over the past 13 years, Japanese firms have made 9.5mn cars in the UK.

Japanese carmakers also continue to invest in the UK, with Nissan Motor Company Ltd. having announced, in 2016, that it would build its next-generation Qashqai and the X-Trail SUV at its factory in Sunderland. Toyota Motor Corporation, meanwhile, announced in February this year that it will invest £240mn in the UK and build the new Auris at its facility in Burnaston, Derbyshire.

Through the Advanced Propulsion Centre, based in Coventry, industry and the government have agreed jointly to contribute more than £1bn over 10 years to support research, development and the commercialisation of low-carbon technologies. The centre currently has 36 projects under way.

Another area in which the UK leads the world is battery technology, although few people are aware that the lithium ion battery was invented in Britain. Philip Hammond, the UK chancellor, unveiled a plan in November to invest £246mn in developing battery technology. Of that figure, £80mn is being set aside for a national battery manufacturing development facility. 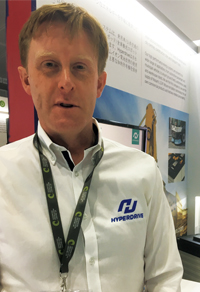 “It’s really important that we are here because it enables us to build new relationships and reinforce others, so a lot of what we are doing here is building our profile”, he said.

Hyperdrive was only set up six years ago, but has grown rapidly, particularly in the two years since it began working with Nissan. The firm develops and manufactures batteries for electric vehicles, ranging from nimble street sweepers to colossal earth excavating machinery. It was the first firm to secure the supply of Nissan’s LEAF lithium ion battery technology for its own commercial products. The clever bit of state-of-the-art batteries, Irish said, is the battery management technology.

“Our ultimate goal is to be able to build bigger and better battery systems for our customers, which will then lead to us working with bigger and better customers. And we have learned that we are able to add value by engaging with companies early in their process and then supporting them as they develop their concept, so we are able to provide the ideal product, whether that be for an autonomous factory vehicle or heavy machinery”, he added.

Strength to strength
Adam Foster, senior software engineer for Potenza Technology Ltd., agreed that Japan is going to become increasingly important for battery firms as demand for environment-friendly vehicles increases around the world.

“We have not been active in the Japanese market yet, but we are expanding and we do want to be here because we recognise how important it is”, he said. “All the large [original equipment manufacturers] are at this show and those are the sort of companies that we want to build long-term working relationships with”.

David Tozer, manager of the automotive section for Swindon-based Innovate UK, said the British auto industry “is going from strength to strength”.

“We are taking the lead in both on-board and off-vehicle technologies, as well as all the infrastructure and systems that underpin the auto industry of the future”, he said.

“There has been a huge drive in the industry to secure the benefits that we are very aware of in the area of autonomous vehicles, and we are also in a leading position on the battery side of the business, in terms of the development of new technologies.

“There has been an explosion in activity among small and medium-sized enterprises in the British auto sector because we have fantastic ideas and a rich heritage. That means there is still a lot of research and development work being done in the UK”. 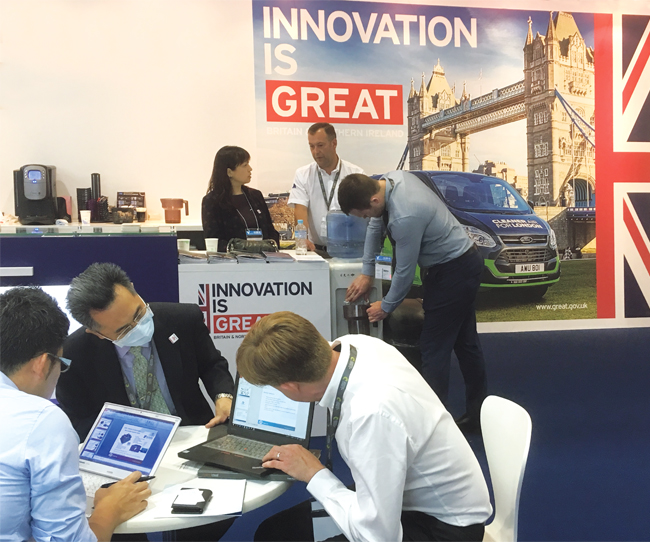