Tapping first timers is key to our essential role

At Tokyo Sinfonia’s Tchaikovsky Serenade in Oji Hall, on 18 March, donors among the 126 people present generously left almost ¥100,000 in the boxes for Japan’s disaster relief efforts. The Tokyo Sinfonia and I should be out there performing as much as possible for people who now more than ever need to experience the healing power of our music. Sadly, though, funding from one of our principal sponsors has just reached its three-year term and we need to secure two or three new ones to fill that essential role. Let me tell you why.

The Tokyo Sinfonia has been making waves recently with an unusual variety of musical events, not all of them conforming to the traditional pattern of classical concerts.

We recently presented a special lecture-concert as an example for corporate leadership, at the Chanel building in Ginza, attended by an enthusiastic and appreciative audience of prominent CEOs.

I intentionally designed the Tokyo Sinfonia to produce the richest sound possible with economy of means. The Tokyo Sinfonia is known for its uniquely textured sound. I arrange much of our repertoire especially for the 19 strings of the orchestra. As we are not constrained by standard repertoire, our programming approach is distinctly audience-oriented and flexible. 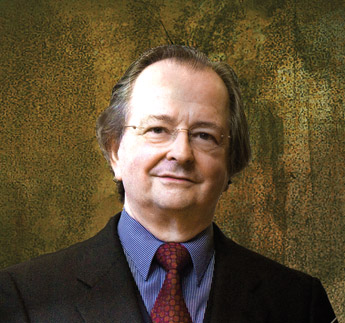 Five years ago we were invited to present a musical programme at the Foreign Correspondents’ Club of Japan (FCCJ), followed by dinner. I responded that I would rather intermix the cuisine and the concert. I also said I would like to present an ongoing series of serenades featuring national themes. That was the start in our long-running FCCJ dinner-concert series.

Numerous people who have never heard an orchestra before have been attracted by the user-friendly make-an-evening-of-it combination. For us, it’s been a particularly effective form of market expansion.

The market potential for Tokyo Sinfonia is simply enormous. The question is, how to tap it effectively? I believe it is greatly to everyone’s advantage to tap into the vast pool of potential listeners who have never before heard an orchestra live. Once we get those people into our audiences, they are ours.

One of our regular series is expressly designed to attract first-time listeners to hear the orchestra in live performance. Support from sponsors and patrons helps maintain ticket prices at affordable levels that enable the public to attend. In turn, the intelligent, discriminating, affluent audience concerts attract is a highly desirable market for sponsors’ products and services.
Then-BCCJ Executive Director Ian de Stains OBE so enjoyed our British Serenade that he requested it for the Chamber’s anniversary. Sangi Co., Ltd. later engaged the Tokyo Sinfonia for a similar event at the Imperial Hotel Tokyo and a black-tie Autumn Serenade benefiting Refugees International Japan was presented at the appropriately named The Strings Tokyo, a hotel operated by InterContinental.

Major firms have purchased blocks of tickets to the dinner-concerts for employee rewards and incentives, as well as for tokens of customer recognition. This has proved enormously beneficial for our business partners—delightful, distinctive and highly cost effective.

I did not want the Tokyo Sinfonia to be restricted to typical oft-repeated programming at our premier concerts, either. I had long wished to be able to include some wonderful music that rarely reaches the concert stage. Even before the orchestra came into being, I started making the special orchestrations we now feature. But still, I wanted the concerts, too, to make our audience bond with us as individual personalities (there are some great personalities among my players) and we may be the only orchestra in the world to invite the entire audience to join us in the lobby for post-concert champagne.

Are we good? You bet. Are we enjoyable, memorable even? Absolutely! We are simply responding to the market, making Tokyo Sinfonia programmes and our presentation high in quality, accessible in price, and appealing to the people who buy the tickets.

Like any successful business, we are only giving our audiences what they want. If you have the willingness to support us, the desire, even an idea, please phone or email me.